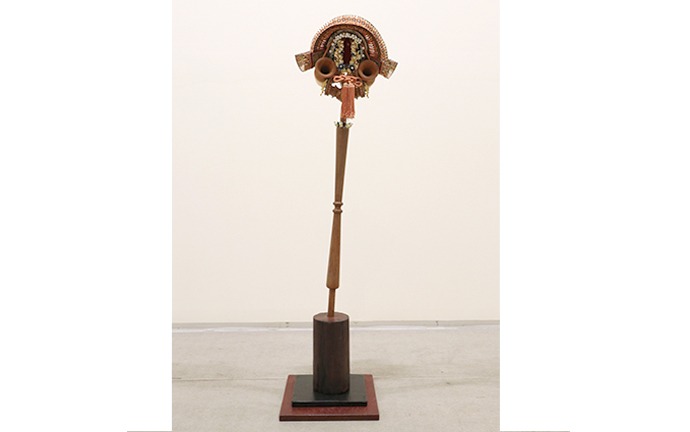 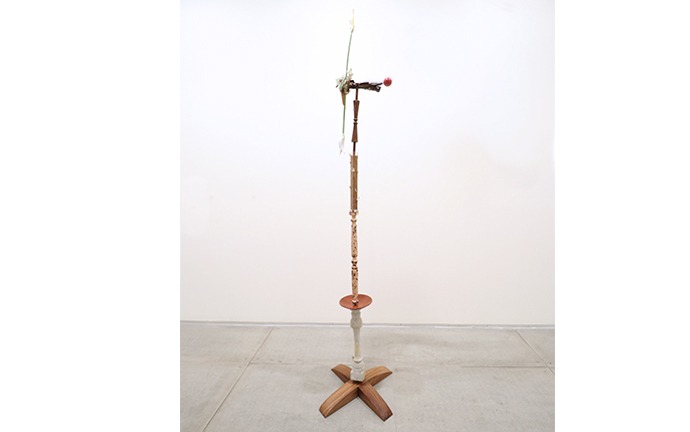 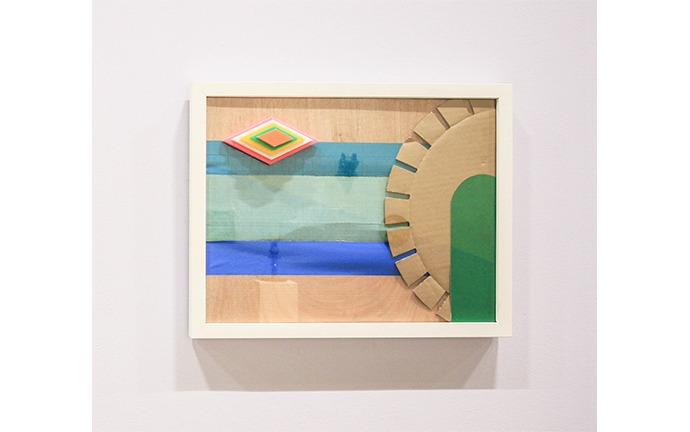 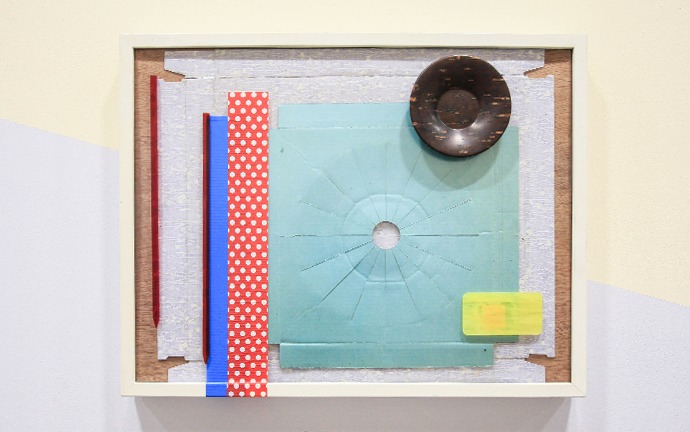 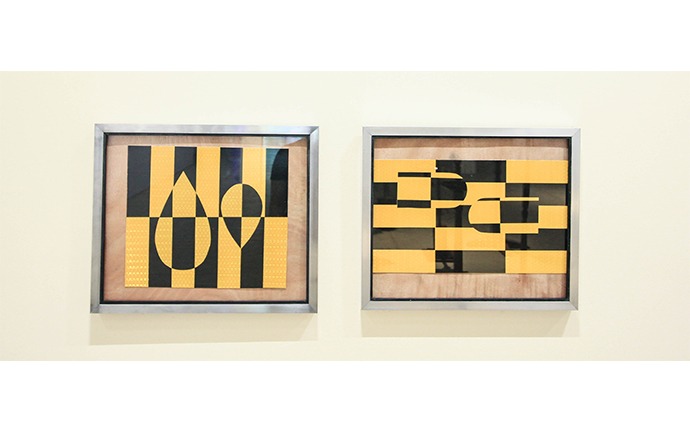 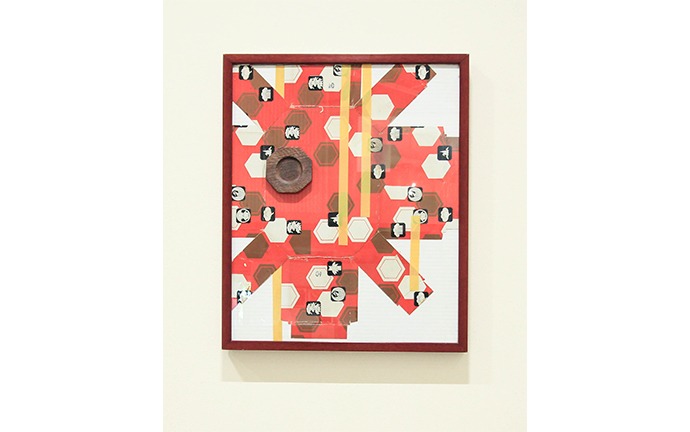 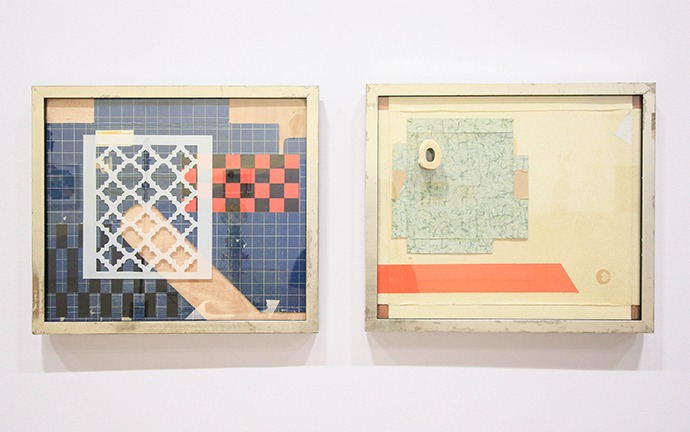 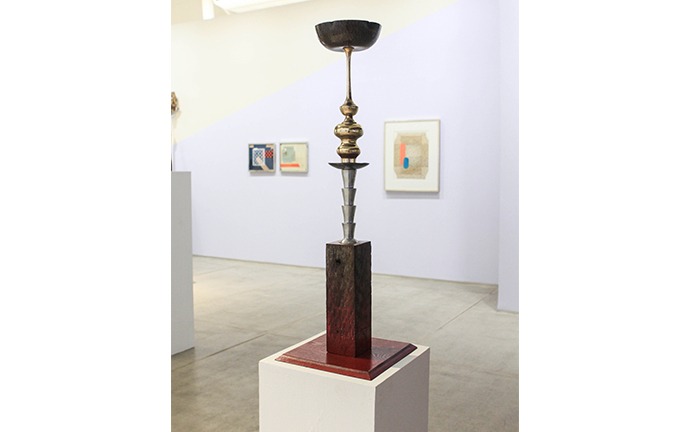 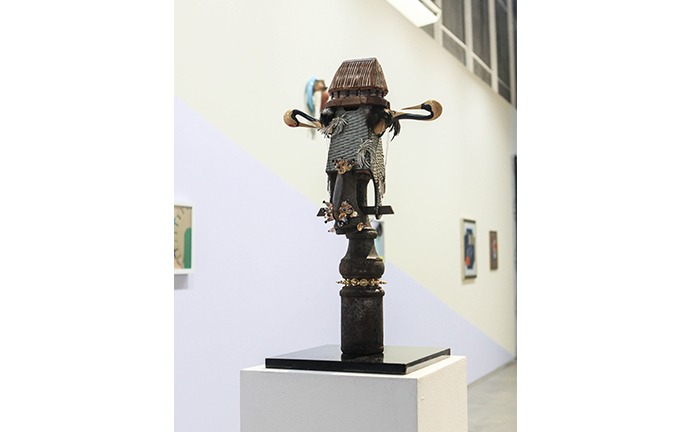 Miguel Aquilizan and Jessica Dorizac
A Pilgrimage; Souls Retrieved, Ceremonies Constructed
A Pilgrimage; Souls Retrieved, Ceremonies Constructed is the debut combined solo exhibition of Miguel Aquilizan and Jess Dorizac. Featuring Aquilizan’s assemblage sculptural objects and Dorizac’s mixed media pattern composition, both draw on their own experience and desire in transcultural understanding. The collaborative duo first began working together in 2016. This initiated the exploration of their backgrounds and their experiences of culture and the environment, which they found to have similarities while simultaneously holding differences. Central to the work of Dorizac and Aquilizan is the issue of cultural identity, belonging and displacement.
Aquilizan articulates his navigation through these experiences, by re-contextualising and transforming family heirlooms and antiques. For Aquilizan, these found objects are found realities that hold cultural, religious, historical narratives. He finds himself to have an affinity with these objects, as he himself is a body subject to migration and displacement. Reflecting on the sculptures, Aquilizan finds himself to be eternally undergoing an identity metamorphosis in his experiences of belonging, within a contemporary globalized context.
Jessica Dorizac also conveys this inner questioning through her mixed media compositions. Dorizac’s subtle yet drastic obliteration of structure provided by patterns, disorients the guidance and familiarity for which they denote. The superimposition of these patterns on found objects and found realities, abruptly interrupts the fluent reading of the narratives for which they hold. In this, is the expression of the artist’s inner battling with conflicting cultural identity.
An experience that marries playfulness and amusement with dislocation and disorientation is both evoked and invoked by the exhibition. These experiences mirror that of the artists’, in their navigation through cultural identities that transcend invisible borders. Put forth is the questioning of belonging, identity, and their understanding of themselves and the world in which we live in.