A will for prolific disclosures 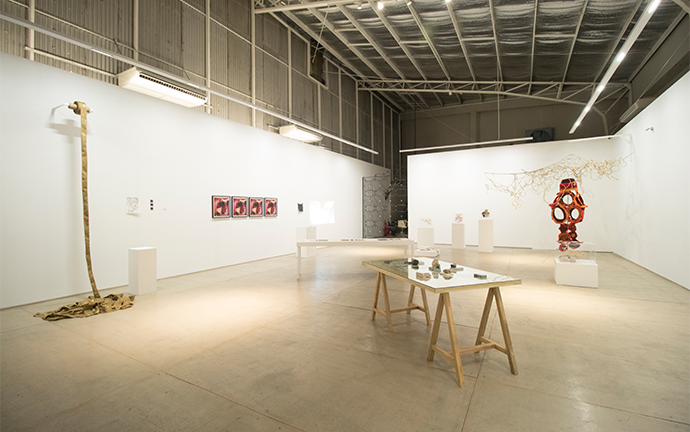 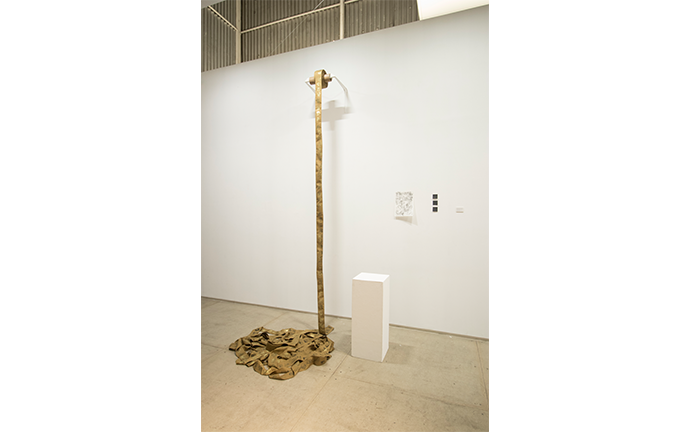 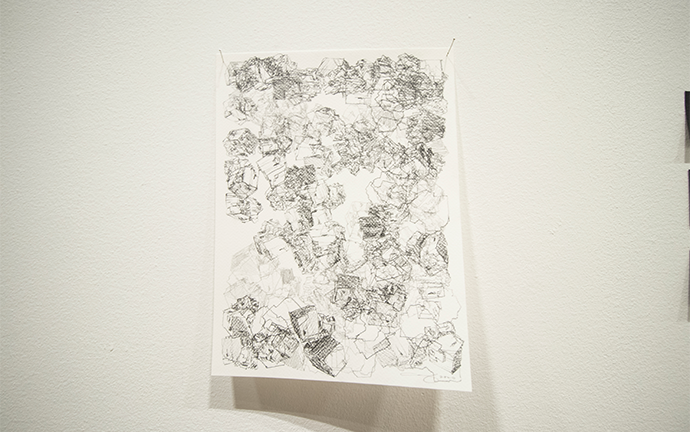 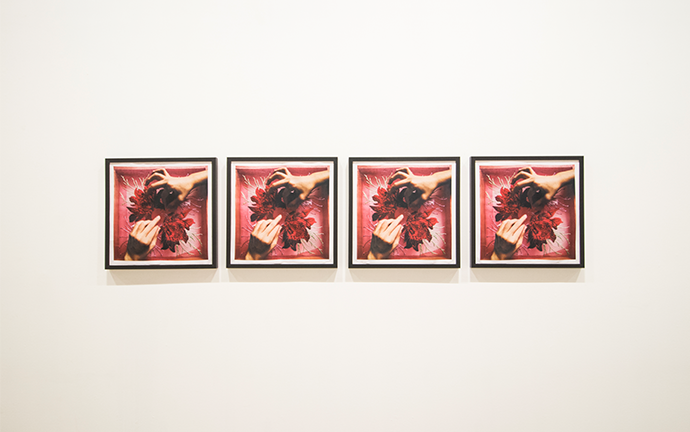 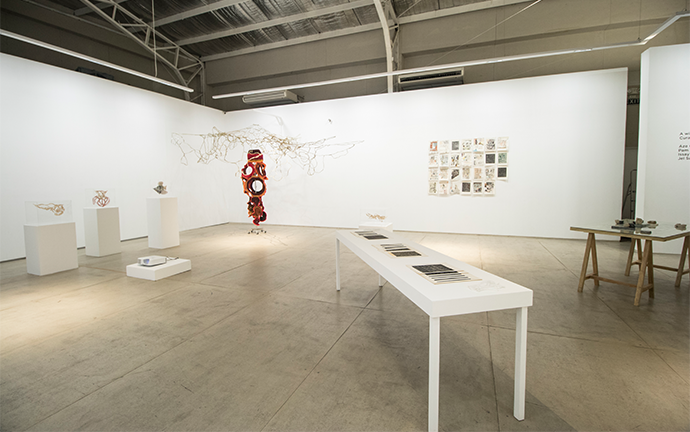 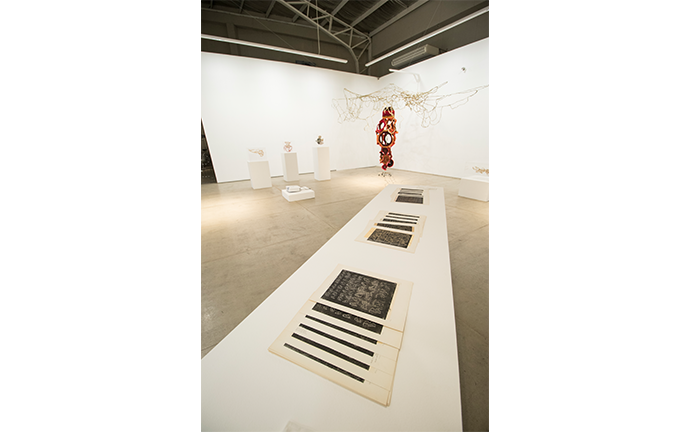 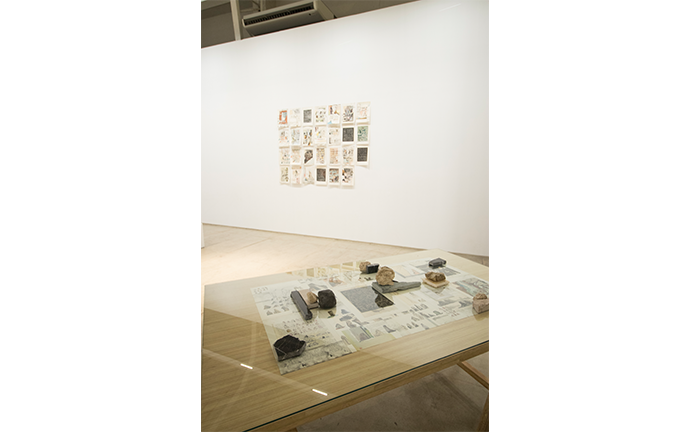 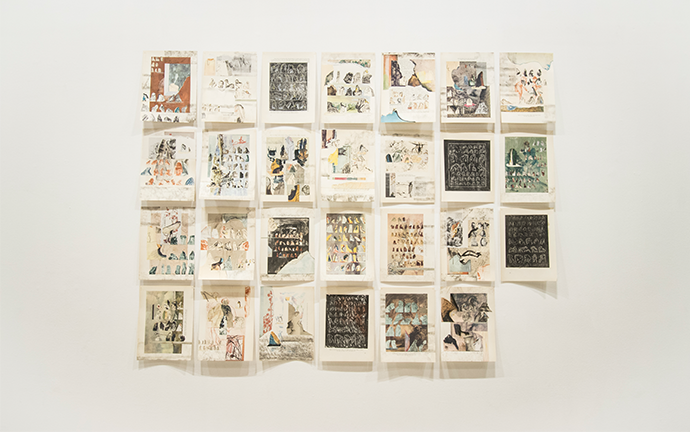 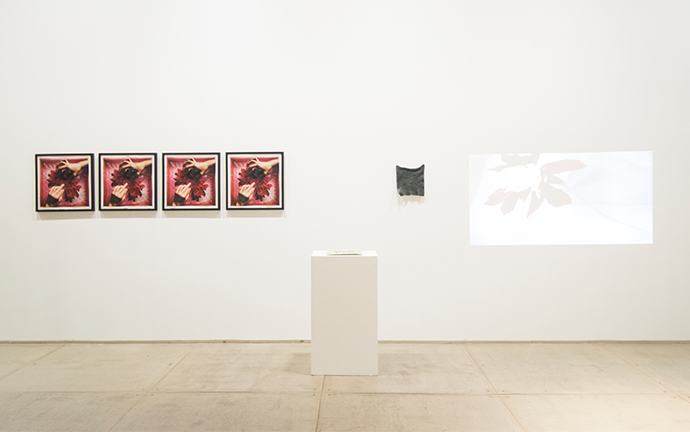 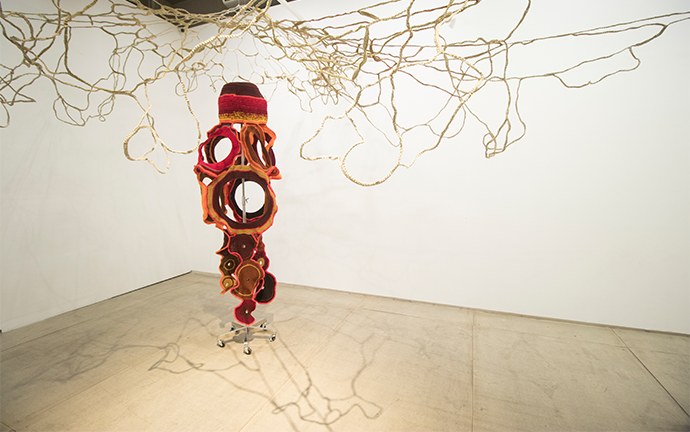 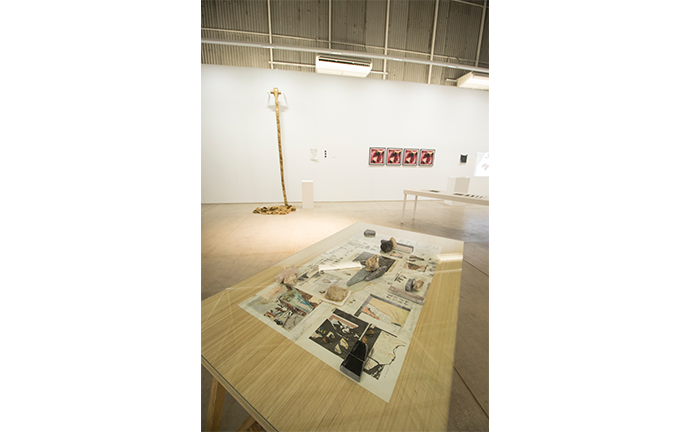 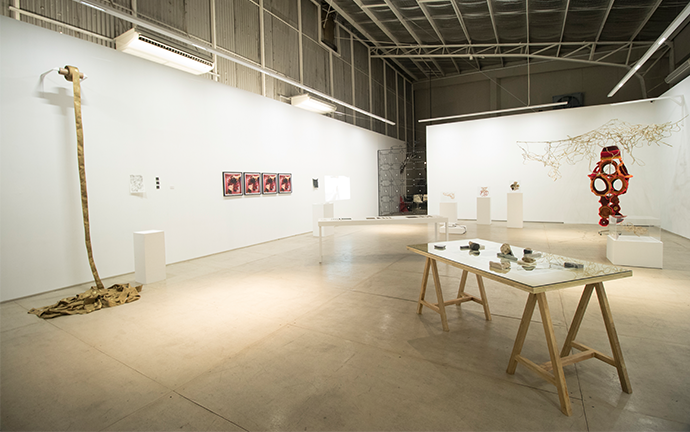 It is when placed within the sociality of a world that artistic practice discerns its potential to proliferate. This potential might be seen as an acute awareness of limits and opportunities in the practicioner’s immediate surroundings; an interest in interdisciplinary forms; a promiscuity of persuasions in relation to material or medium; or an articulate relationship with how practice translates to other forms or possibilities – collage to object, ornament to image, immensity of installation to intimacy of iterations.

The exhibition identifies four artists whose practice speak to these concerns: Aze Ong, Pam Quinto, Issay Rodriguez, and Jel Suarez. The exhibition explores these artistic tendencies by foregrounding the nature of process in these artists’ works, not only as an elected thing, but as embodied in their choice of material or medium. In these artists’ practices, gestures incline towards the prolific, the artistic temperaments anticipate translation, multiplicity, or plurality. What the exhibition wishes to foreground are processes and preparations; ideas of iterations, editions, seriality; and, the generosity of the made thing to play out in other works or forms, as either a new work or one of its afterlives.

Aze Ong wills fibers into forms of delicate structures that take lives of their own or that flourish into environments or bloom as installations. Her process is intricate as it is intuitive, shaped by thresholds of physical endurance or determinations of duration.

Pam Quinto uses ceramics as object that also becomes a photograph, works with text, or becomes part of a larger installation or works of others. Her practice takes interest on the remnant, a material husk or fossil that persists, a residue of human life that becomes a vital constituent of the archeology of the self.

In the works of Issay Rodrigueez, print is metamorphic. It is motivated by a desire to fulfill multiple matrices and media: from ink, silkscreen, cyanotype, wine, gold dust, even sugar, on paper or textile. Her practice is shaped by a relay of material obstinacies and opportunities that afford her chances to rest and reconsider, constituting a creative cycle that continuously moves from a sense of possibility, to its exhaustion and eventual replenishment.

For Jel Suarez, collage is a procedure that extracts from existing materials possibilities of reading the past and in the process prosepects vocabularies of gathering and assembly that can vivify them in the present. Her agency is exploratory and inquisitive, thus her work is always an assertion of the plenitude of the image ans the potency of its excavations.

A speculative exchange that the exhibition titles stakes is one with former CCP curator Roberto Chabet’s consideration of a possible Philippine avant-garde by way of the Thirteen Artists grant. In the its inaugural text, Chabet describes the tendencies of the practice of his nominated avant-garde in terms of ” a will for singular disclosures”. This singularity is here interrogated and is made to yield to the sheer prolific potential of craft and object-making and the reprographic. The present exhibition attempts to diffuse this exceptionality and make way for disclosures that are iterative and disperse.

This interest in how practice becomes prolific or what happens to ascribed valencies of the artist and the artwork in such proliferation emerges rom a desire to converse with contexts of artistic value and labor that is not straightened by strictures of art’s autonomy, or not simplified by a Manichean attitude towards the commercial or the independent. Away from the encompassing register of the installation or the elusive performance, the exhibition is interested in how the idea of object-making can be radical in itself if taken as embedded in relations of production, process, and labor. That in the landscape that we are in practice thrives in the most eclectic and shifting ground requires a patient annotation of how artists think and work, what their considerations are, and how they imagine the politics of their actions, across the granular or general sense.

In this gesture, the exhibition presents practice as vital, an aspect of art that responds to and is animated by its contexts that then further animates newer contexts and potentialities for itself. By thinking of practice as a will for prolific disclosures, the exhibition prospects a method of encounter that is ardent in its annotation. This takes cue from queer theorist Eve Kosofsky Sedgwick who elaborates an “ardent reading” that refuses normative critique and instead invests on “the surplus charge of [the agent’s] trust in (practices] to remain powerful, refractory, and exemplary.” To propose practice as prolific reckons an ardent life for it, trusting it to persist and to hopefully remain radical in its ramification.

Carlos Quijon, Jr. (b. 1989) is an art historian, critic, and curator based in Manila. Currently, he is a fellow of the research platform Modern Art Histories in and across Africa, South and Southeast Asia (MAHASSA), convened by the Getty Foundation’s Connecting Art Histories project. He regularly contributes exhibition reviews for ARTFORUM and has essays published or forthcoming in ArtReview Asia (Singapore), Art Monthly (UK), Asia Art Archive’s Ideas (HK), and Trans Asia Photography Review (US), among others. His research is part of the book From a History of Exhibitions Towards a Future of Exhibition-Making (Sternberg Press, 2019). In 2017, he was a research resident in MMCA Seoul and a fellow of the Transcuratorial Academy both in Berlin and Mumbai. He curated Courses of Action in Hong Kong and a knowing intimacy or a life in Manila in 2019.

Issay Rodriguez (b. 1991) obtained a Bachelor of Fine Arts degree at the University of the Philippines, Diliman, where she was awarded the Outstanding Thesis Award and Gawad Tanglaw in 2013 and the Jose “Pitoy” Moreno Foundation scholarship. In 2012, she was an exchange student at the Ecole Nationale Supérieure des Beaux-Arts, Paris. In recent years, she has participated in different artist residency programs and exhibitions locally and in different parts of Asia, Europe and the Middle East. Rodriguez’s portfolio of artworks includes installations, drawings, prints, objects and videos that allude to multiple tactile forms that contrast with life’s daily dose of technology mixed with the burgeoning post-human.

Jel Suarez (b. 1990) is a self-taught artist born and based in Manila. Her practice is anchored on collage as an act of excavation, beginning with a hunt for materials ripe with narrative (books, catalogues, and archives). She gathers fragments of their histories as a form of creative inquiry. In mining these collections and cutting parts of wholes, she considers chipping away time and releasing artefacts from olderlives.

Pam Quinto (b. 1991) graduated with a Bachelor in Fine Arts, major in Studio Arts (Painting) in 2014 from the University of the Philippines, from which she received the Outstanding Thesis and the Gawad Tanglaw awards. In the same year, she became part of the inaugural batch of the Artery Mentorship Program organized by Artery Art Space in Manila. She apprenticed in ceramics under artists Katti Sta. Ana and Roberto Acosta. Her interdisciplinary practice explores the potentialities of ceramics, installation, photography, and other materials to create an archaeology of self.

Aze Ong (b. 1977) is a Filipino contemporary visual artist working with fiber whose artistic praxis ranges from installation to performance. She was a recipient of the 2016 Asian Cultural Council (ACC) Fellowship and has an extensive portfolio that includes exhibitions in important museums, galleries, and artist-run spaces in Manila, Singapore, South Korea, Japan, Abu Dhabi, Kingdom of Saudi Arabia, Canada, Kenya and the United States. She recently had her artist residency at the Bliss on Bliss Art Projects in New York for her rolling sculpture entitled Queen that she walked with in the streets of Queens and Manhattan. She also exhibited in the recently concluded ICPD25 Nairobi Summit of the UNFPA in Kenya.