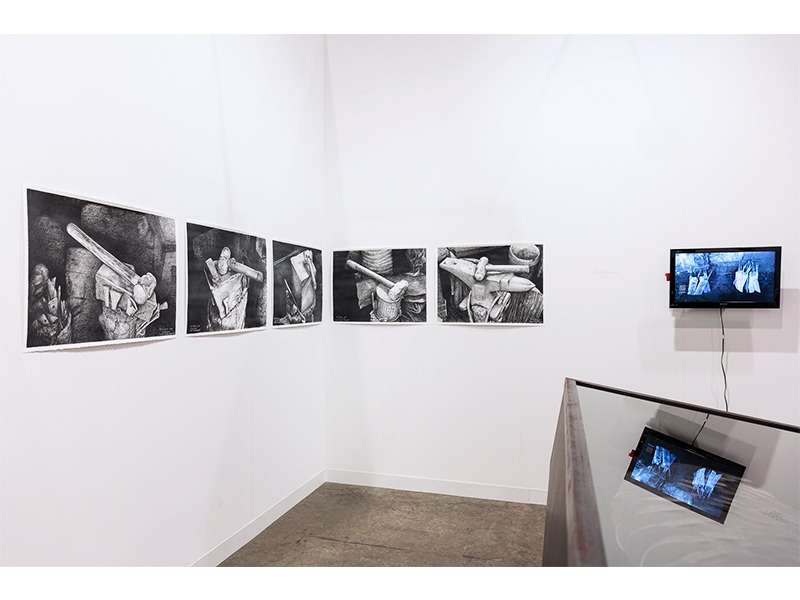 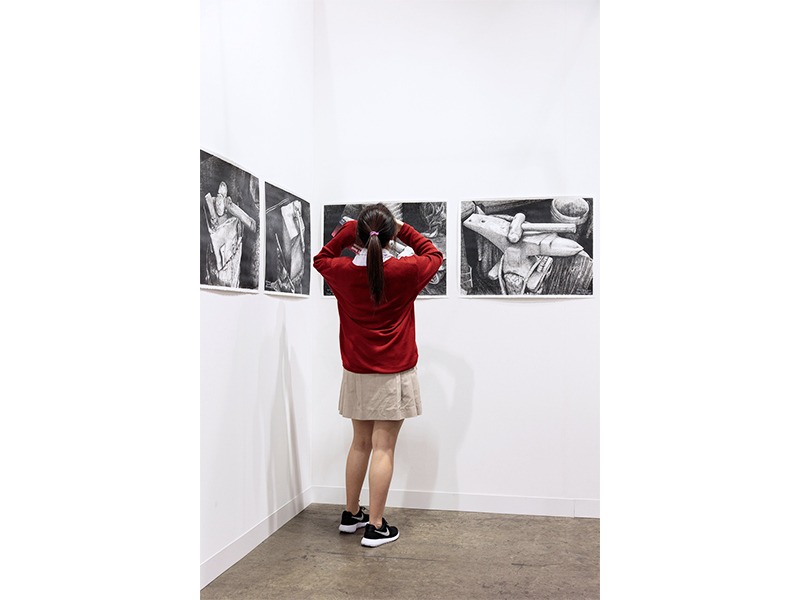 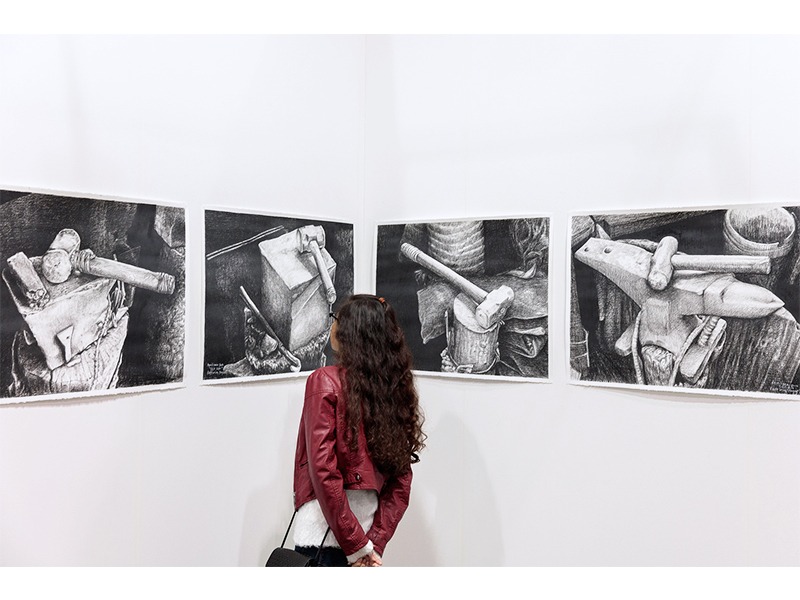 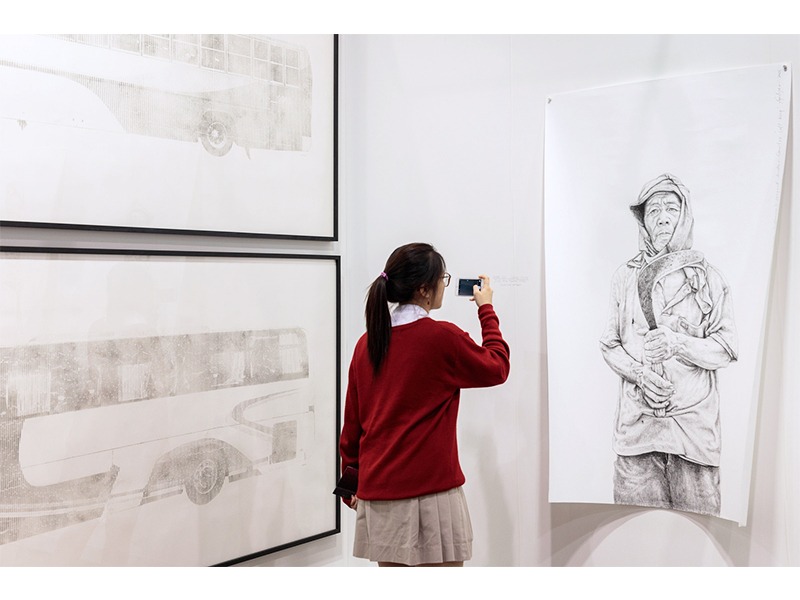 Bonds of steel and of blood, the communal emerges to alter and reside within identity and ethos. Alfredo and Isabel Aquilizan draw from this movement evolving social narrative within the public sphere. Left Wing: Project Another Country, co-created with the community of Tabaco, Albay, stands as an object of historicity – starkly non-mythic, forged with toil and the complexity of a prominently leftist region. It bears a mien of violence tempered into the metal as well as the hands that wield. The wing piece is constructed with farmer’s sickles forged by the local Panday. A role found in antiquity but the craft; that of blacksmiths and artists meet in the present chronicling of human life.

Alfredo and Isabel Aquilizan’s artistic practice is anchored in the recondite between home and displacement. Left Wing: Project Another Country lies there, a convergence of the interwoven narratives of communal history.

Coronel’s last work out in the streets was in 2011. Once he found a way to use the stencil technique for studio practice, he never went out to do graffiti anymore. His retreat to the indoor, however, did not mean the outdoor had been taken out of what he produces. He has always been faithful to the context of the streets and as he continues to commute on his bike, more and more of the urban scape is revealed to feed his ingenuity. For his new works, he ventures on the familiar unpredictability of exposing his pieces in uncontrolled environments: highway’s center islands, corners converted to kitchens by the homeless, mobile pushcarts of street sweepers. He created one layer stencils cut in vertical lines, which he placed on top of archival paper sprayed with adhesive. These are exposed to the dirt and grime of the outdoor, strategically placed where they can accumulate dust from the streets in different durations. The dust on paper outline the images Coronel also took from the streets using his analog camera. Unlike his previous works that are hyper realistic because of the depth created by layers of colored stencils, the new works appear abstract without ample space between the viewer and the work. But exhaustive of his stencil technique, Coronel mindfully plays with materials without having to abandon his meditative scheme.
The duration of each piece determines the intensity or blackness of the dust on the paper.