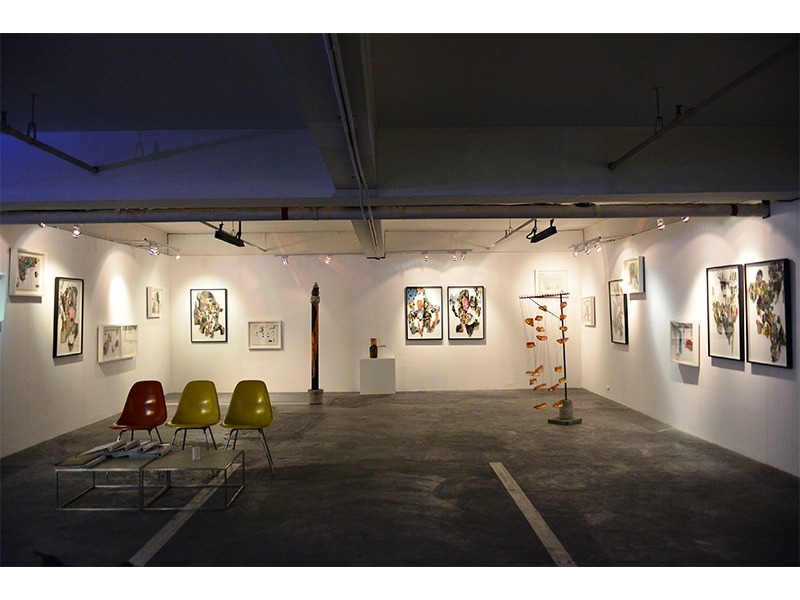 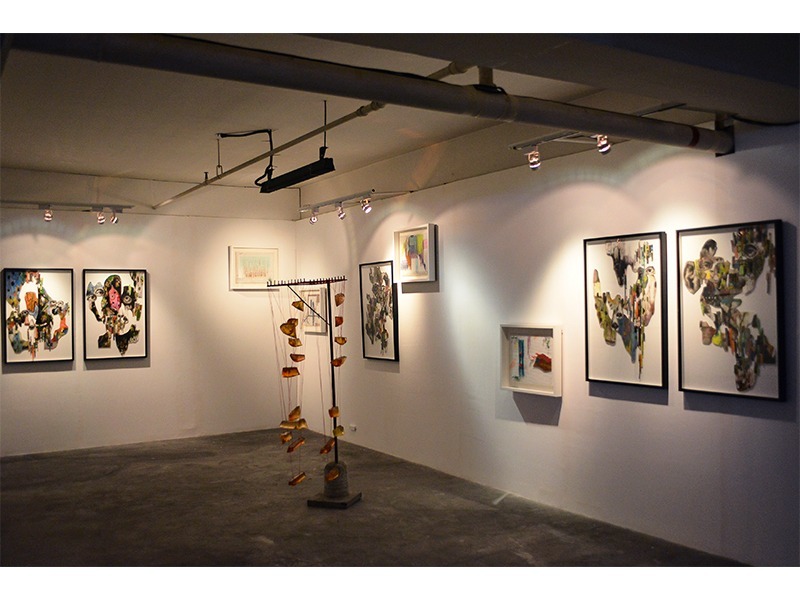 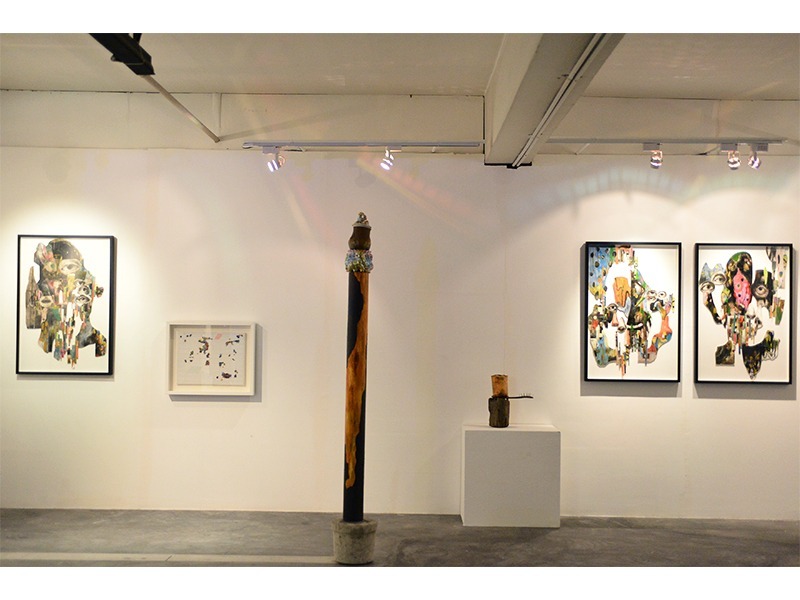 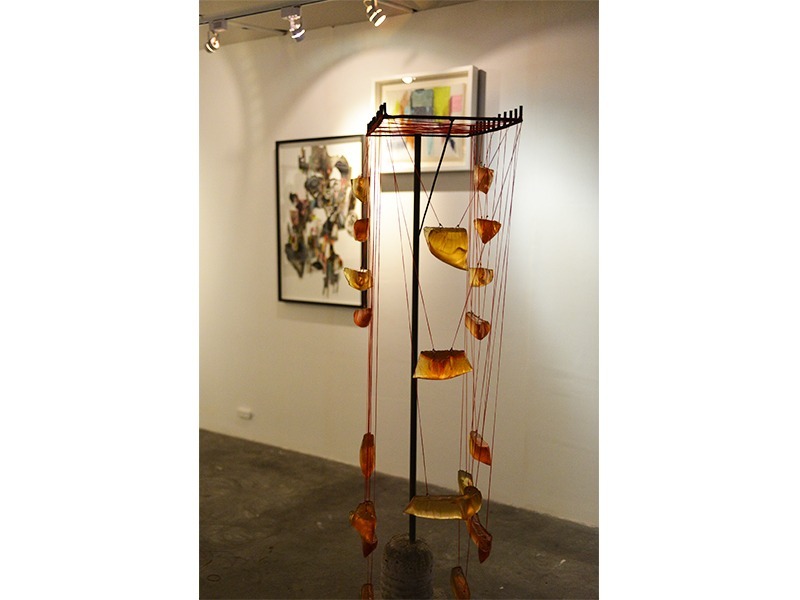 Troy Ignacio (b. 1979) earned his Bachelor’s Degree of Fine Arts from the Philippines Women’s University. A tautological thesis on intermittent memory and information flow by contemporary channels of media is raised in his portraits and depictions of objects. Ignacio has been exhibition with The Drawing Room since 2004 and has been featured in the galleries’ collaborations in Singapore, Malaysia, United Kingdom and Hong Kong. His most recent exhibition “Everything Loses Its Meaning Eventually” was held in The Drawing Room Manila last July 2014 and he debuted his Echoes series in Art Basel Hong Kong 2014.
Taking from the vagaries of how information moves and shapes itself in the mental landscape through abstraction of particular subjects, Troy moves on to the macro of the visual systems of these images. His direction of attending to a whole mass of units was introduced in his Art Basel Hong Kong series “Echoes” of artist books – beckoning us to recognize our process of reading and ultimately navigating the disjointed landscape of memory.
The “Re-Con” series is titled as such to allude to the refurbished gadgets common to electronic vendors. It represents this yet-again disjointed “whole” but instead of wholeness as unified object, Ignacio offers the reverse. The peculiar configurations for this series are amorphous, shaping a system from which a unit can be unpicked, edited, re-pasted. Like the meta-data, these works gather scraps of existing data that is fundamentally for re-arrangement and permutational variety. Regardless of the image outcome, we are to consider the process of building up and re-making. Ironically, Ignacio also shows that this combining of parts is not to override the other – hence the elements are not pasted over the other. The one-dimensionality of the work not only strings a meta-narrative but also portrays that data is not layered over, rather they are open pieces that are fundamentally for reassembling.

Kat Medina (b. 1984) is a painter who utilizes elements of craft-making in her works. She explores making places through architectonic nuances in gesture and in the configuration of color. Medina’s notable first solo exhibition was held in her house, this event a milestone to her investigation on domesticity and ‘bigger circles’. Medina graduated from Far Eastern University in Manila with a Bachelor’s Degree in Fine Arts. Her first solo show was held in the artist’s studio space and her first solo exhibition in a commercial venue was last October 2013 in The Drawing Room. She has also represented the gallery in Art Taipei 2014.

Medina has been involved in thinking about craft and object-making in the face of popular production. Her last solo exhibitions in The Drawing Room presents the different facets and periods in which she articulated this consciousness of gesture and the agency through which things and signs are made and circulated in society. As a painter, she de-materializes the process of mechanical production through deliberate mark-making. She takes from the world of known objects to a world of performing.

“Mundane Still Arrangement” catches hold of Medina in a certainty of personal language. While she moves through certain processes in her previous series to “solve” issues on material, this time around the marks positions as conscious decisions. While working within the elements of painting as with the grid and the gestural capacity of color, the works foregoes the principle of layering over a mark as with painting. Instead, the thread has been looped over, the object has been placed in deliberate action. In a peculiar vein, these works are processes of locating things with conviction. The physical structures that pace and consideration takes place in these works resonate the trajectory of craft from “thinking with hands” to understanding that these measures of process and thinking are intrinsic precedents that deliver resolve.