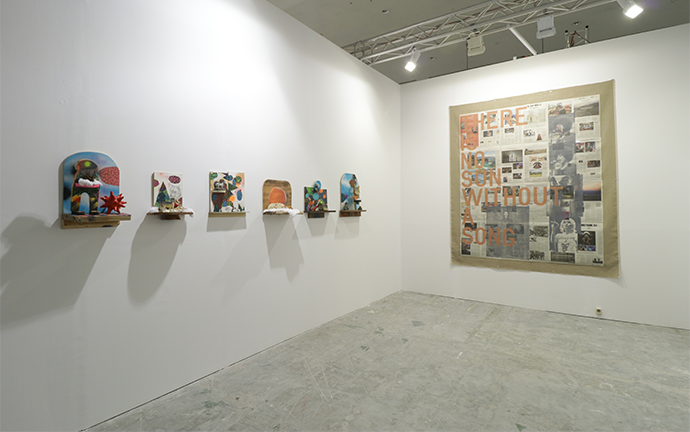 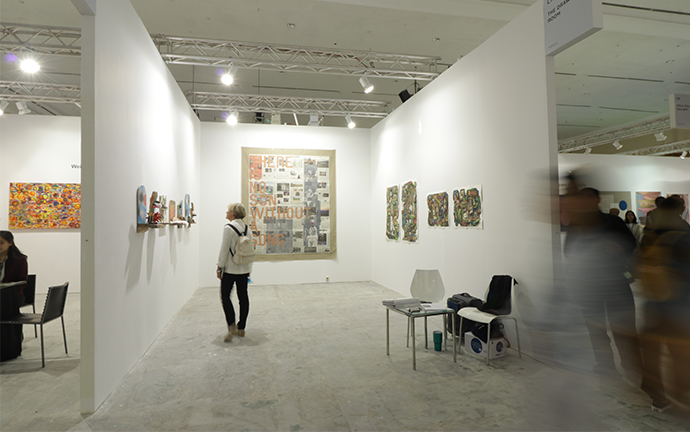 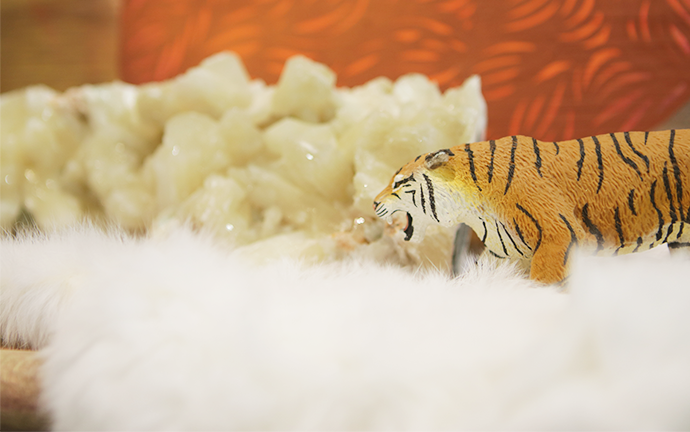 violence and war, spirituality, post-nomadism and the defense mechanisms used to

contain and navigate these issues. His newest work looks at the dashboard as one of the best examples of a contemporary altar or a time capsule, as it serves as the catchall for tools and random items acquired throughout the day, an altar annex and where we place items that recall our values and memories. The work investigates this concept as it relates to the hopes, dreams, aspirations, failures, and triumphs of his late grandfather, who is a Filipino guerrilla sniper in World War II. He adopted and cultivated a globalized view of the world that has birthed children and grandchildren that were dispersed to countless countries worldwide.

Troy Ignacio’s works challenge surface value and the cavalier representations spurned by a capitalist society. A tautological thesis on intermittent memory and information flow by contemporary channels of media is raised in his portraits and depictions of objects. The texture of ambiguity that casts an ambience on his works presents the relationship of collage to painting – as his process bears both artistic methods.

Born in Buenos Aires, Argentina, the Thai artist Rirkrit Tiravanija is widely recognized as one of the most influential artists of his generation.  His work defies media-based description, as his practice combines traditional object making, public and private performances, teaching, and other forms of public service and social action.  Winner of the 2005 Hugo Boss Prize awarded by the Guggenheim Museum, his exhibition there consisted of a pirate radio (with instructions on how to make one for yourself.) Tiravanija was also awarded the Benesse by the Naoshima Contemporary Art Museum in Japan and the Smithsonian American Art Museum’s Lucelia Artist Award.

He has had a retrospective exhibition at the Museum Bojmans Van Beuningen in Rotterdam that then was presented in Paris and London.  Tiravanija is on the faculty of the School of the Arts at Columbia University, and is a founding member and curator of Utopia Station, a collective project of artists, art historians, and curators.  Tiravanija is also President of an educational-ecological project known as The Land Foundation, located in Chiang Mai, Thailand where he maintains his primary residence and studio.

Tomas Vu was born in Saigon, Vietnam and at the age of ten moved with his family to El Paso, Texas. Vu received a BFA from the University of Texas, El Paso in 1987 and went on to earn an MFA from Yale University in 1990. He currently lives and works in New York City. Vu has been a professor at the School of the Arts of Columbia University since 1996, when he helped found the LeRoy Neiman Center for Print Studies. For those 17 years he has served as Artistic Director of the Center.

Vu has exhibited nationally and internationally and has had solo museum shows in Japan, Italy, China, and Vietnam. He has received numerous awards including the John Simon Guggenheim Memorial Award, the Joan Mitchell Foundation Fellowship, the Audience Award for Best Artist at the 30th Biennial of Graphic Arts in Ljubljana, Slovenia, and the Louis Comfort Tiffany Artist Award.