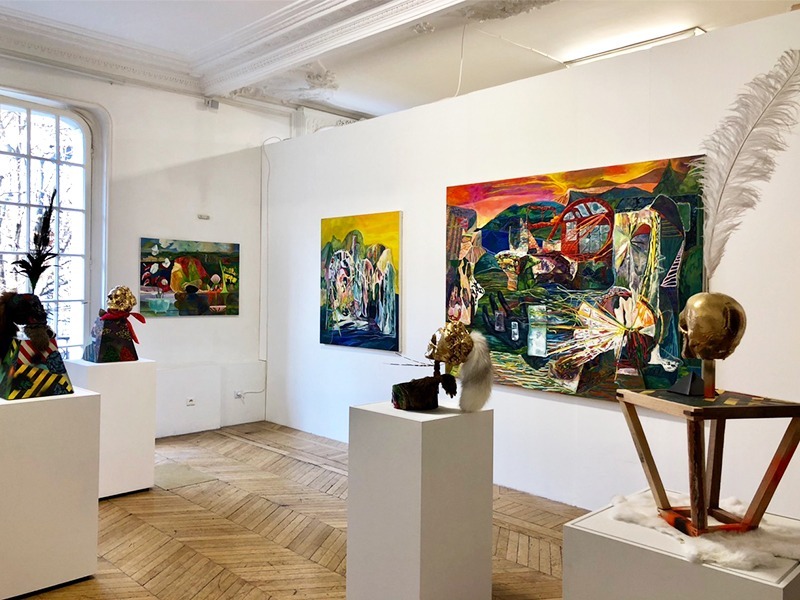 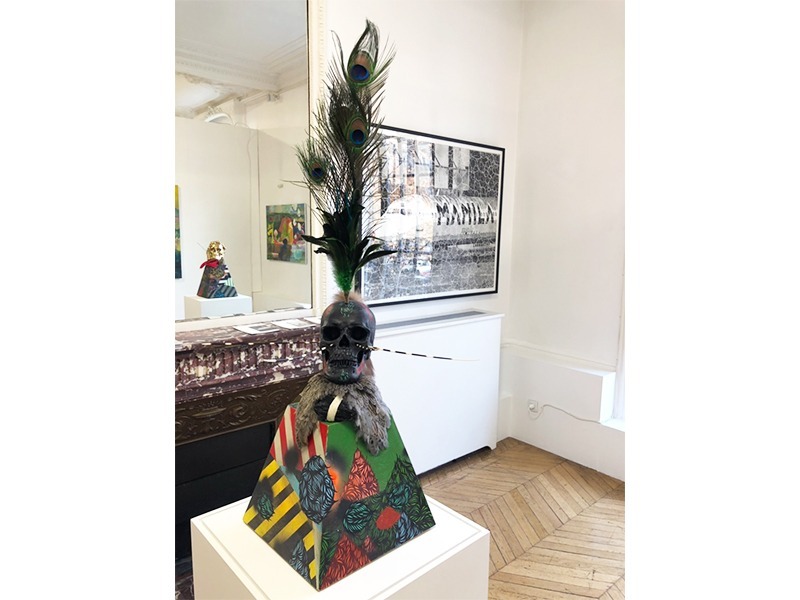 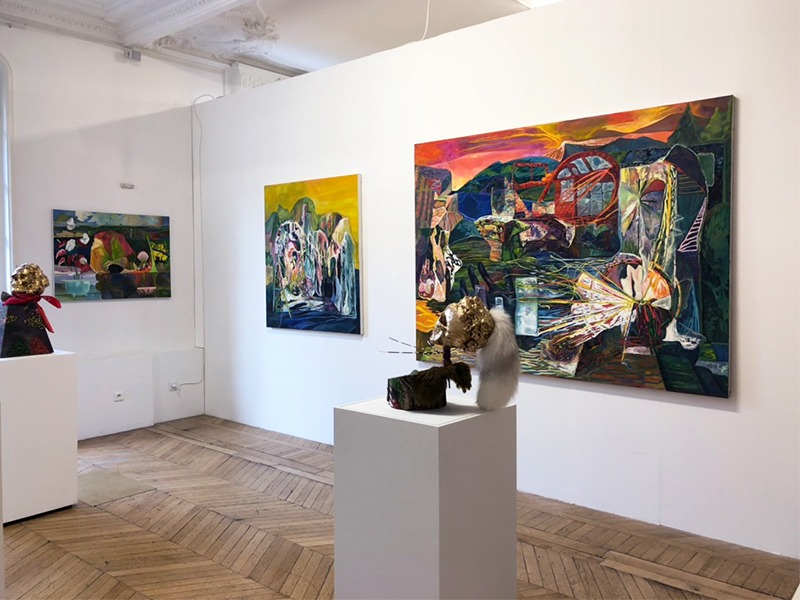 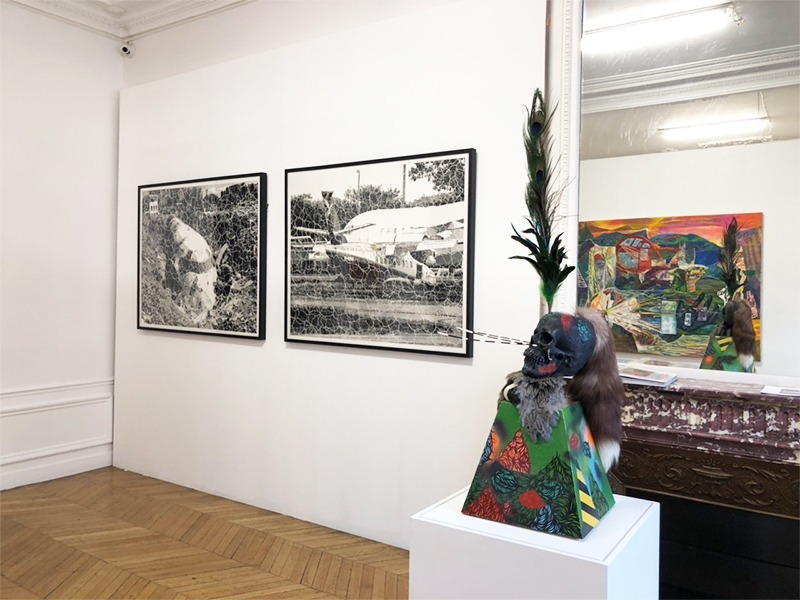 Vermont Coronel Jr.
I’m still attached to places that are forgotten or abandoned. I still question why they are left deserted and how these places become what they are now. This interest is extended to stored aircraft. Stored is a term for aircraft that is either not airworthy, expensive to fly or whose owners have no plans of bringing back into service. I have currently mapped out places with stored aircrafts. I found two along Roxas Boulevard, many in Clark Air Base and surprisingly, two Cebu Pacific aircraft in the middle of rice fields somewhere between Candaba, Pampanga and Baliwag, Bulacan.

How did they end up there?

Are these aircraft going to be scrapped in the future? Will the DC-9 near SM Sucat be turned into a playground as originally planned by the local government? I still ask myself about the why’s and the how’s. Like dilapidated places that I am drawn to and currently have interest in, these  aluminum aircraft are a lot more dangerous and all the more fascinating for me on the ground than up in the air.

Vermont Coronel Jr. (b. Laguna, Philippines, 1985) studied Advertising under the Philippine Women’s Univeristy Bachelor of Fine Arts program. His practice has been widely attributed as street-based, informed by urban imagery and working in guerilla fashion independently and together with the collective Pilipinas Street Plan. His recent and first solo exhibition “Spirit of a Place” in The Drawing Room (Manila) shortlisted him in the 2012 Ateneo Art Awards – a prestigious contemporary art distinction in the Philippines. Coronel’s works are stencil-based paintings, sometimes making use of the stencil matrices themselves by framing these layers together to achieve the images. The images in his work comes from his daily immersion in cities, primarily Manila and Laguna.

In preparation for death, an army of scouts, spiritual healers, infiltrators, mascots, and diplomats are being assembled as escorts into the unknown. Although ultimately, one must gather the courage to step through the threshold alone. These reliquaries and talismans stand as symbols of gratitude for their support and companionship. And serve as a reminder of the connection forged through battle.

Alvin Pagdanganan Gregorio (b.1974, Los Angeles, CA, U.S.A.) is a child of Filipino immigrants and the grandson of a Filipino Guerrilla sniper. His work primarily investigates issues of transgenerational violence (stemming from his Lolo’s trauma from WWII), post-nomadism, complex PTSD, globalism, post-religion, mortality and rewilding, He had his first exhibition with The Drawing Room Gallery in 2001, shortly after earning an MFA from Claremont Graduate University(Los Angeles). His work has been exhibited and collected internationally, including the Rockefeller Family Collection (Sotheby’s, 2002). His collaboration with M12, investigating sheep wagons, was featured at the 2012 13th International Venice Architectural Biennale, Spontaneous Interventions.  Gregorio is a Fulbright Scholar (Philippines 2000-01), recipient of a U.S. Speaker and Specialist grant (Israel/Palestine 2007) and is currently an Associate Professor of Arts Practices-Painting at the University of Colorado Boulder. He currently lives and works between Boulder/Denver, Colorado and Los Angeles, California.

Dominic Mangila
“I pick up senses of air and light as i travel along the making of the painting and the interiority of my mind which stores a universe of amorphous landforms and bodies of water where humans and creatures thrive in. Light and air are imagined and/ or remembered (mentalscape) and discovered (in the painting process of the pictorial space) simultanenously.
Light in painting is generated by careful placement of colors. Consequently, air is emitted through various layers and degrees of paint’s luminosity, texture, hue, opaqueness and translucence.”

Born in Manila, Philippines, Los Angeles-based Dominic Mangila holds an MFA degree in visual arts from Columbia University where he has taught in the visual arts department and a BFA in studio art from the School of the Art Institute of Chicago. He had solo exhibitions at Marvelli Gallery and Chashama in New York, Reserve Ames in Los Angeles, Vargas Museum and Drawing Room in the Philippines and Alberta Society of Printmakers in Canada. He has participated in various group exhibitions namely Neiman Gallery and Wallach Galleries of Columbia University New York, Metropolitan Museum Manila, Mind Set Art in Taipei, Storefront Brooklyn, Tompkins Project Brooklyn, Yace Gallery Queens New York, Manila Contemporary, 1335 Mabini, Valentine Willie Fine Art Malaysia, HT Contemporary Space Singapore. He has participated in artist residencies such as Skowhegan, Lower Manhattan Cultural Council, Yaddo, Elizabeth Foundation for the Arts, Woodstock Byrdcliffe and Seven Below Arts Initiative. He is a recipient of New York Community Trust Art Grant, Lotos Club Foundation Art Award, D’ Arcy Trust Fund, Agnes Martin Fellowship and Chicago Community Art Grant.
He will be participating at the Gwangju Biennale in September 2018 and will show his recent paintings at the Asia Now in Paris in October 2018 and at the Drawing Room Philippines in 2019.