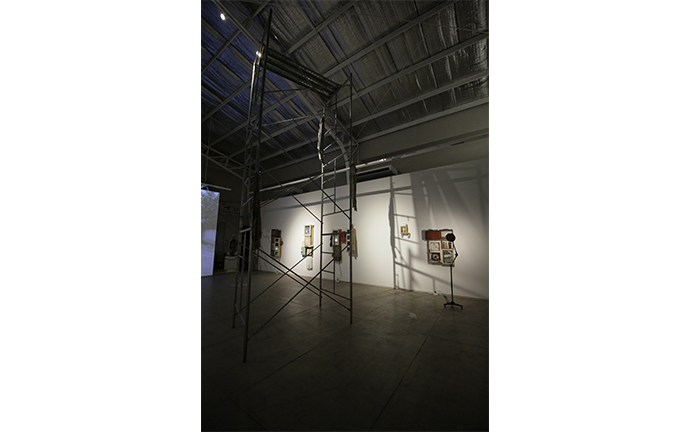 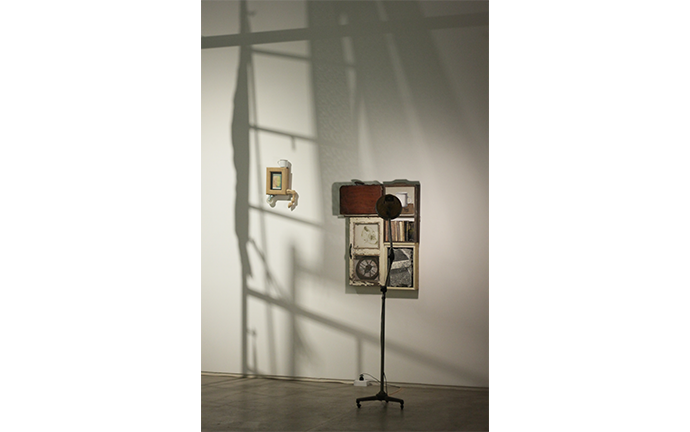 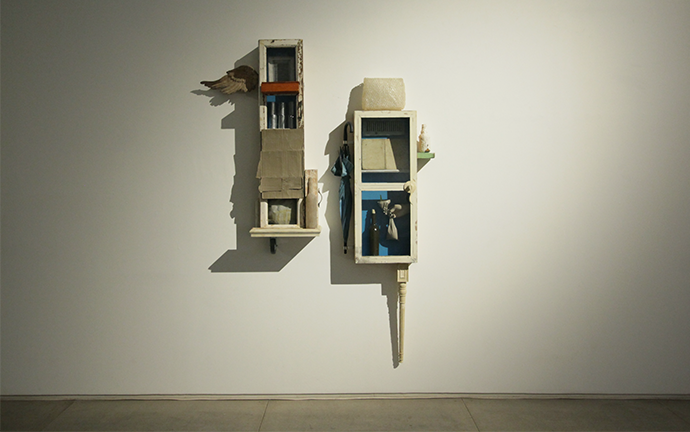 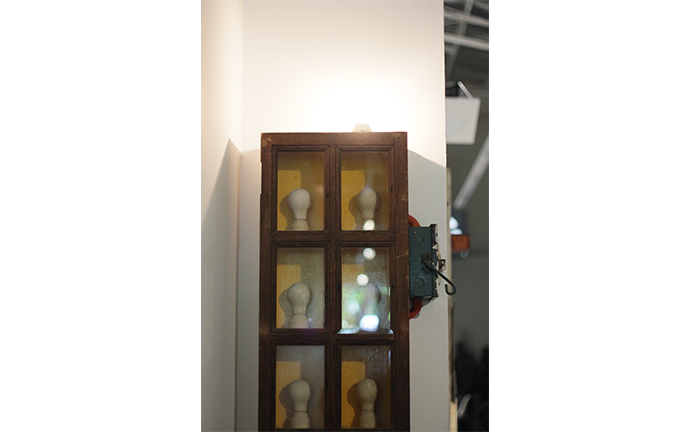 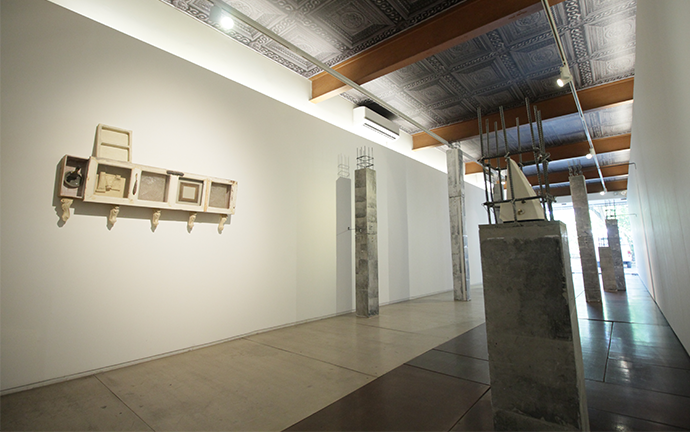 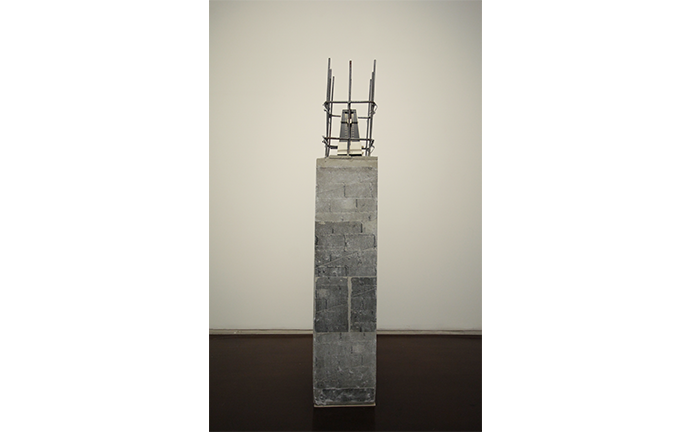 A Space Between States

It seems strange to be invoking the Tibetan Buddhist concept of bardo during this time of the year, timed with the most sacral of seasons in Christianity, and in a predominantly Catholic country. But perhaps this is where both faiths present an interface: in the notion of an in between space between states, where the passage from death to rebirth takes place.

This exhibition by José Santos III adopts the notion of bardo as a suspended state of displacement and change to assemblages and a video installation wrought from everyday objects. Salvaging discarded objects and parts from demolished heritage houses, Santos produces a series of works that strips away the nature of things from their previous states, in an afterlife mostly devoid of utility. In doing so, they prolong and expand the memories imprinted on the material, inviting one to embark on a second reckoning.

The resulting objects are icons of these in between states of limbo. A configuration of posts, refashioned from different sources, straddles the line between construction and ruin, building and decay. Further into the gallery space are 14 wallbound assemblages, alluding to Christian devotional stations, based on the window as a compositional format and symbolism as portals from one space to another. Embedded within the assemblages are videos documenting the passing of time over fabric, simultaneously hiding and revealing forms. At the end of the room, an apparition awaits: footage of an empty lot, running on real time from day to night.

The journey across the room ends with this image of empty space: a reminder of what used to but also what can be. At a time when the most sacred of virtues—goodness, justice, and truth—are violated left and right, the objects strewn across the space of Bardo remind us of the temporality of things, and what their human makers leave behind as lasting reminders of their presence. For what is faith but a distillation of our own fragile humanity?