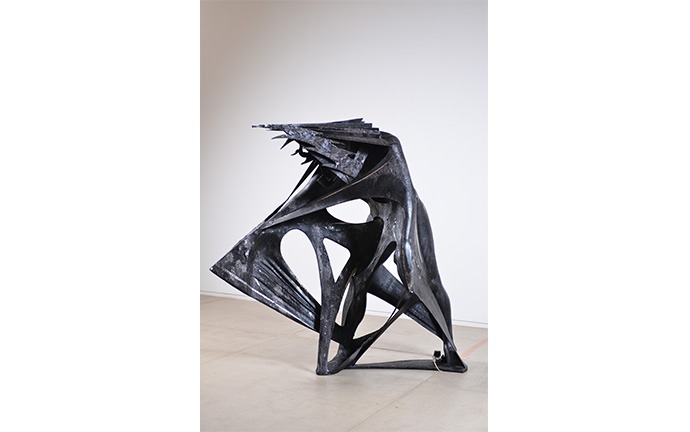 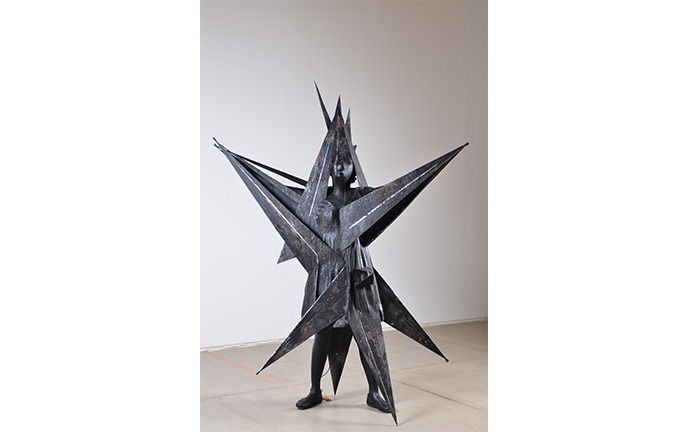 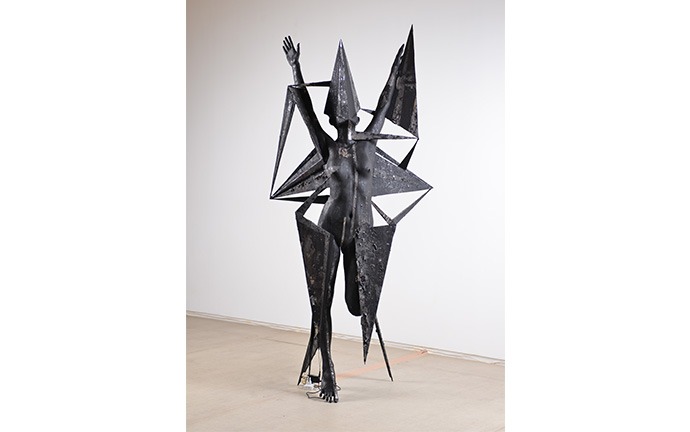 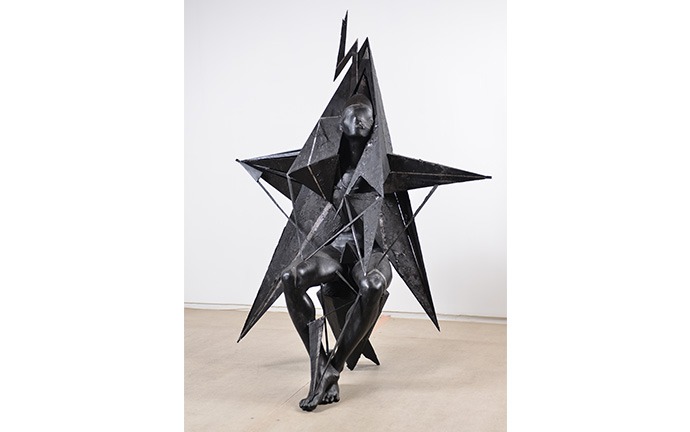 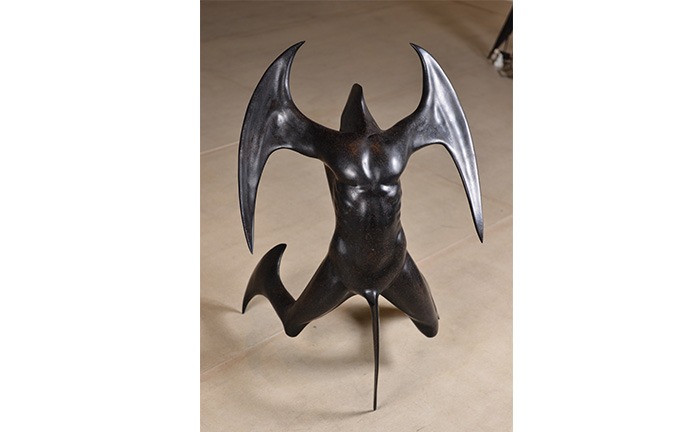 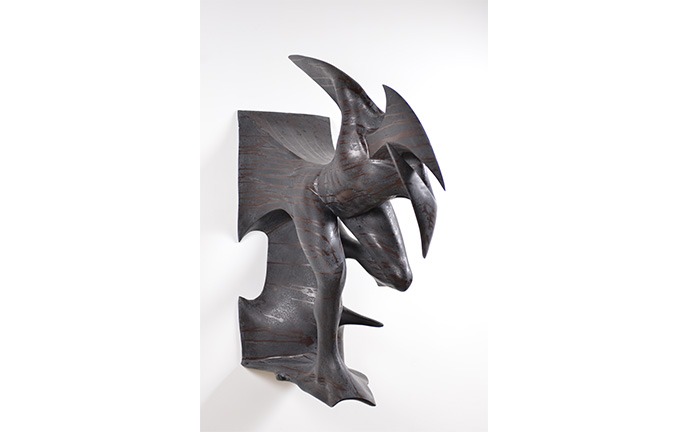 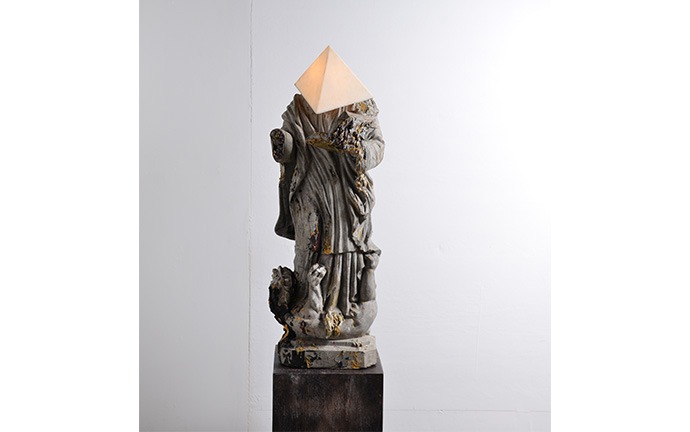 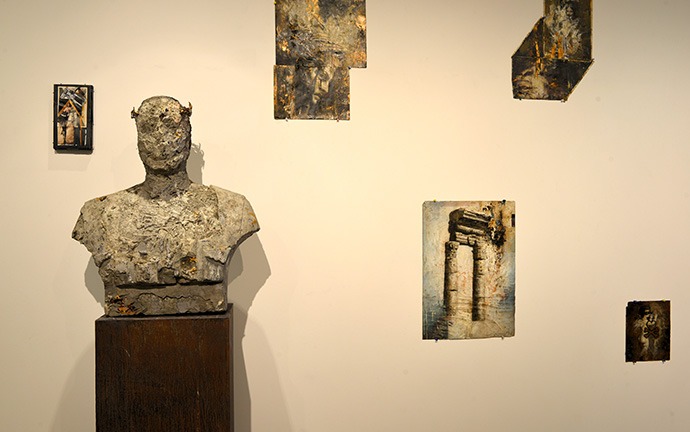 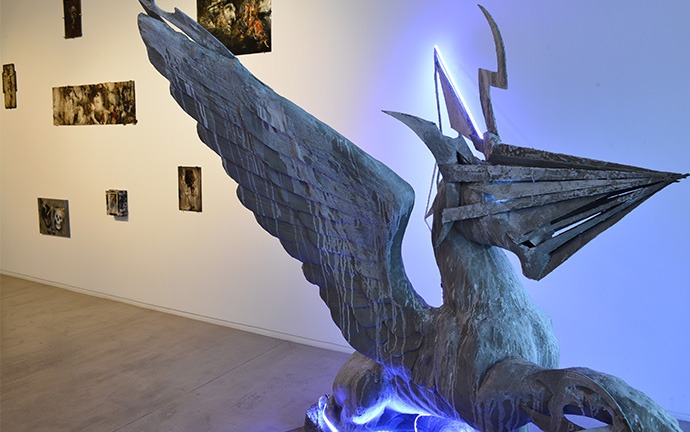 Behind the Clouds
This exhibition assembles forms and images that speak of haunting memories, nostalgia, rise and decay, and the new life and existence that art breathes into objects and materials it transforms. The title suggests something veiled or hidden in the vast sky, a possible revelation once it gets clear of obstruction, and a wealth of significations weaving the various pieces together in this exhibition.
An installation of found objects presents memories preserved through mementoes and other items collected during travel, providing cues for layers and overlapping images to take shape. Such material and process allude to a kind of attachment to sites and places, the one which haunts a traveller, or every soul that once lived as flesh and bone. The imagery produced likewise appears eerie, like phantoms of architectural ruins, anonymous faces, and classical sculptures dissolving into one another and creating a palimpsest of visions. The foggy atmosphere evoked by the title works to highlight the association of coldness with lifelessness, the absence of warmth and energy. Combined with these collages are bust portraits of leaders and other personalities, some unfinished while others were rejected from a sculptor’s workshop, which bring to mind those unsung, fallen and forgotten heroes fading from our memory and recollection. A group of sculptures completes the collection in this series, composed of large-scale works which appropriate stars, in its literal and figurative sense, as the heavenly bodies that may be concealed behind clouds. Here, various figures sort of emerge from the shape of stars, or stars morphing into anthropomorphic figures. This set of works may refer to celebrities and personalities who have possibly faded the fame, gone in the people’s memory.
In most of the works, however, the appropriation of found objects implies the opposite of fading and decay. Through the artist’s intervention, these objects have acquired a new and different kind of experience, and once again become part of the dynamic cycle of life.