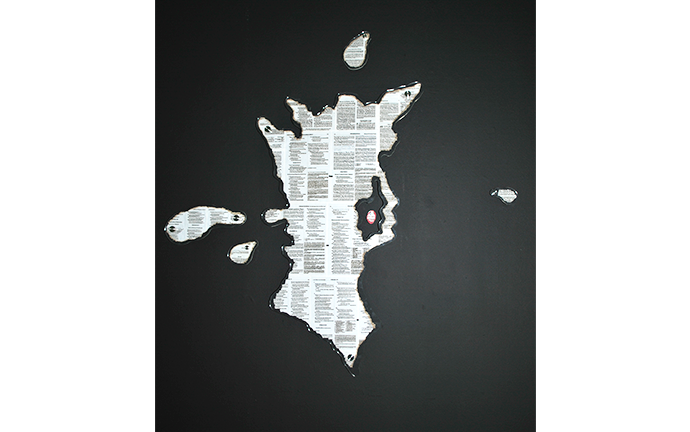 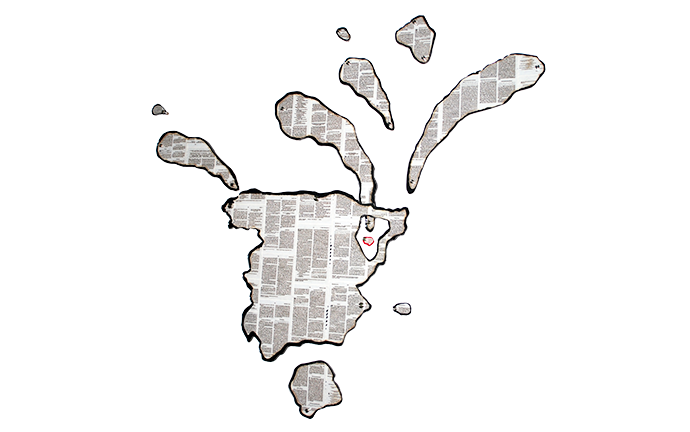 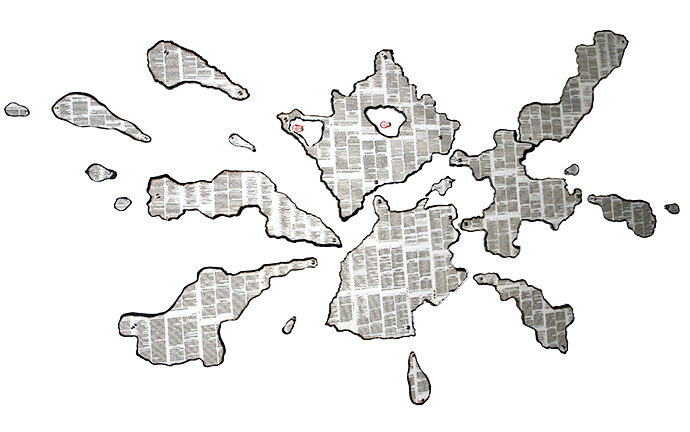 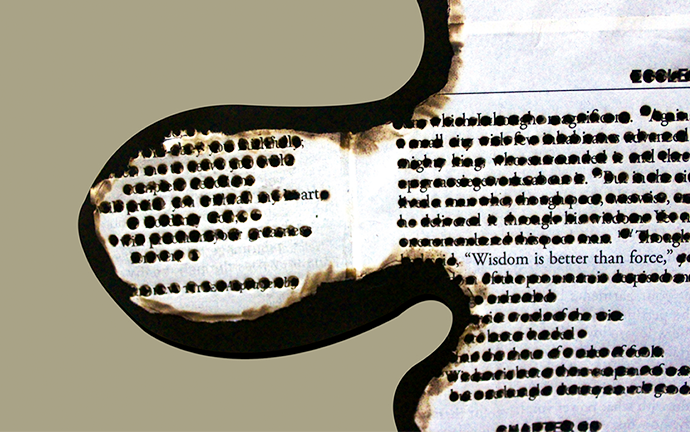 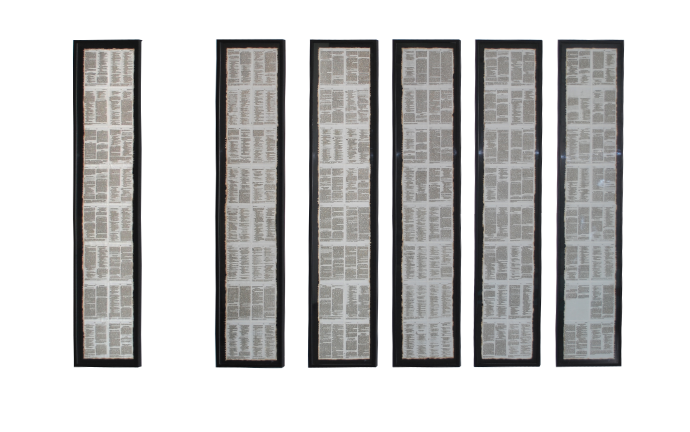 Louie Talents’s commitment to the artistic format he is currently known for may be inevitably traced to the first works he did during his undergraduate years in the University of the Philippines in Diliman, Quezon City. This comprised his thesis presentation and continued on to debut in group shows in Manila. While he created his earliest exhibition series around these cauterized pages, the presence of the Bible as fuel to his practice and material of his works has roots on his Catholic education in Ateneo de Cagayan since his elementary school years. As a grantee of the College of Fine Arts Scholarship through the French Embassy, Talents spent his senior year in Ecole Nationale Superieure Des Beaux Art-Paris, France. This opportunity functioned as a quest to come full circle, and for a constant fortification of his life to emerge as a means to expression. From the cultivation of image-making, Talents instead makes use of a readymade where he eliminates aspects of a literature to form a new language and elevate it aesthetically.

Talents breaches the act of reading texts and art works conventionally. Pages of a text are “re-written” in a form of inversion, letters are pricked out, and phrases emerge. These pages are then removed, usually mounted with margins that take the form of the original sheet. Sometimes they are combined, scroll-like. By default, the context of the material becomes naturally contested, especially in the locale of a predominant Catholic culture. The mode in which the artist takes is an interventional and inventive one – in the re-alignment and separation from the pages’ origins, these proceed to form new life in elements vernacular to the field of art: framed and wall-bound in and in the conditions of exhibition.

Indeed this underlying issue lay out the thesis of Talents’ work – providing a confrontation of contexts: his solid upbringing in matters of faith, rather than doubt, and his defining years as an artist. “Blast-Famous” sees him in several circumstances of travel, geographically in South East Asia and Europe, and artistically in the visual structures he shapes his journals in. In this exhibition, he attends to a scattering akin to itinerancy. While this “blast” is alluded to the amorphous acrylic-mounted pages, they also refer to the outlines that make up the map of Spain, France and the Philippines. The text in the journals of “Blast-Famous” range from existential pleas and aphorisms to clues on the incidents that unfolded during the days Talents were in Cambodia, Thailand and Vietnam. As Talents continues to push the visual forms the materials could take, he likewise carries on with ruminations on purpose, desire and how different contexts of places shape one’s presence in the world.