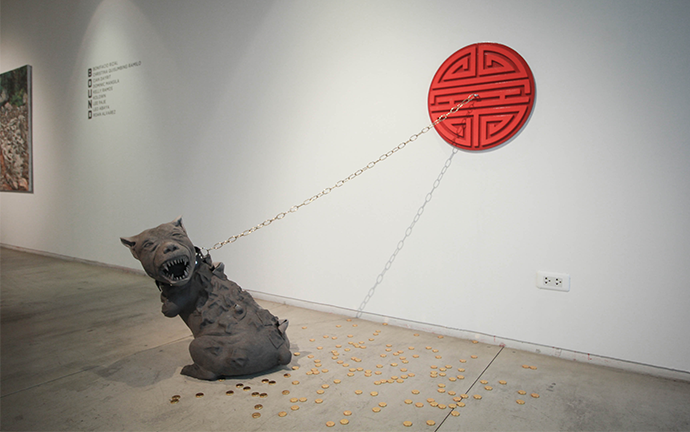 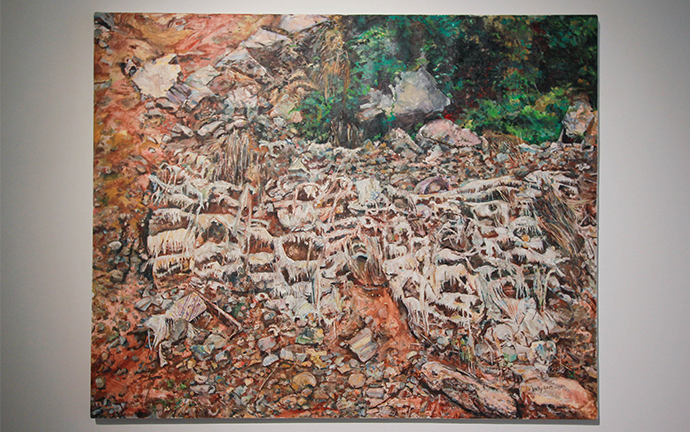 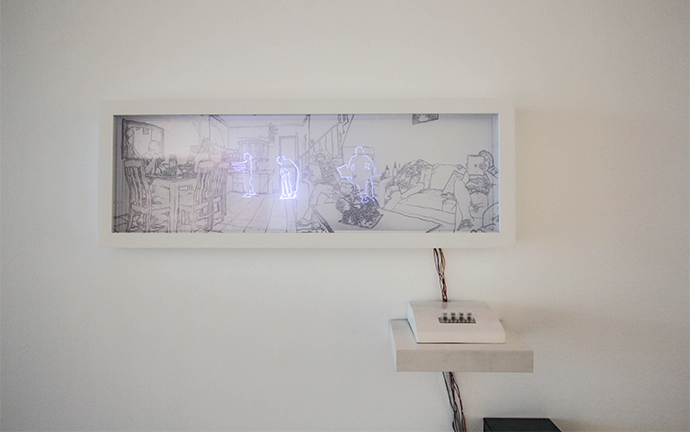 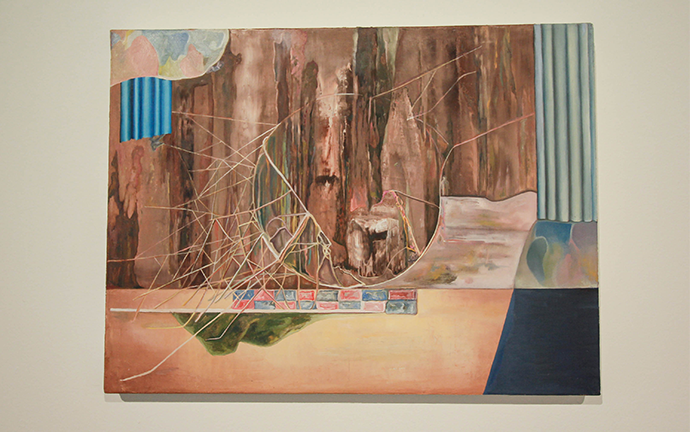 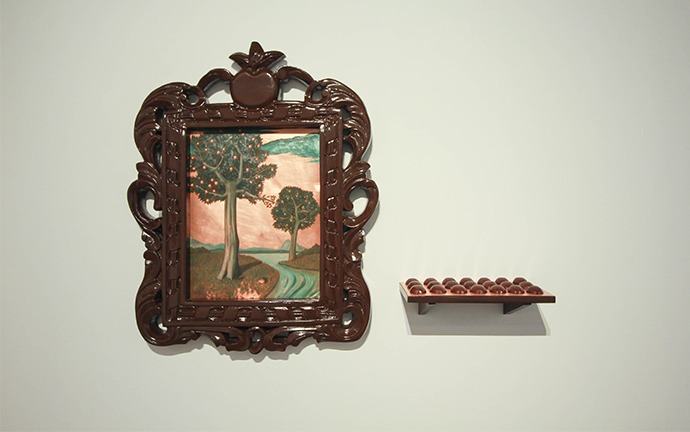 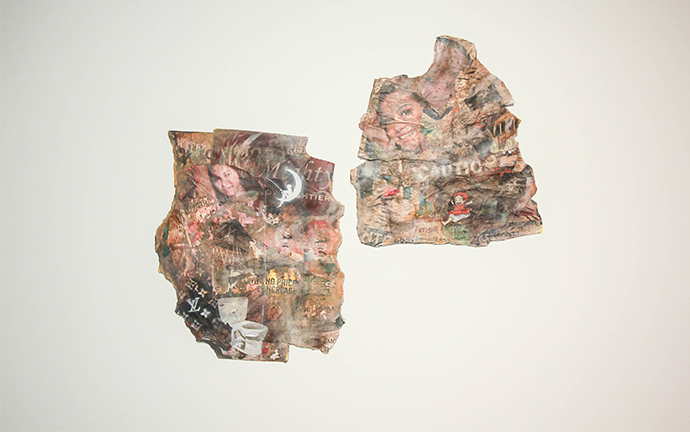 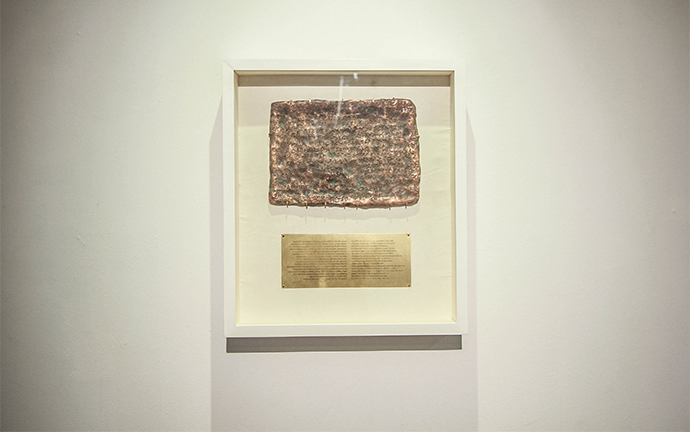 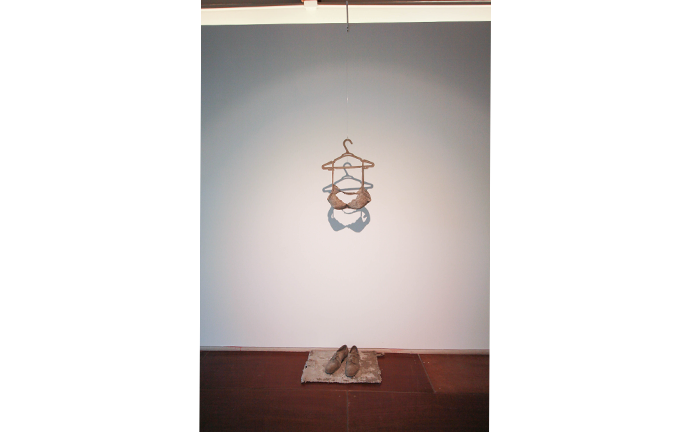 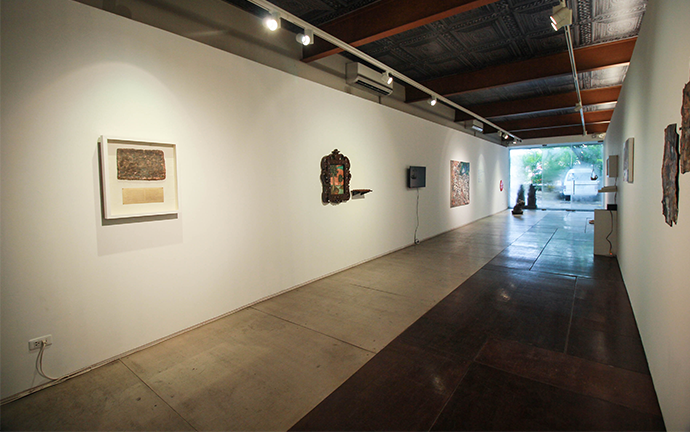 BONIFACIO RIZAL is the pseudonym of an artist and educator.

Christina Quisumbing Ramilo examines and reimagines objects and surfaces through a sensitive approach to material and site specificity. Her artistic practice shows a profound interest in the life and history of objects and centers on interventions that reconfigure, transform or give new life to existing forms. She makes works that ultimately express and respond to personal poetries. 

Cian Dayrit (born 1989, Philippines) studied at the University of the Philippines. His work investigates notions of power and identity as they are represented and reproduced in monuments, museums, maps, and other institutionalised media. They often respond to different marginalised communities, encouraging a critical reflection colonial and privileged perspectives.

Dominic Mangila Was born in Manila, Philippines, Los Angeles-based Dominic Mangila holds an MFA degree in visual arts from Columbia University where he has taught in the visual arts department and a BFA in studio art from the School of the Art Institute of Chicago. He had solo exhibitions at Marvelli Gallery and Chashama in New York, Reserve Ames in Los Angeles, Vargas Museum and Drawing Room in the Philippines and Alberta Society of Printmakers in Canada. He has participated in various group exhibitions namely Neiman Gallery and Wallach Galleries of Columbia University New York, Metropolitan Museum Manila, Mind Set Art in Taipei, Storefront Brooklyn, Tompkins Project Brooklyn, Yace Gallery Queens New York, Manila Contemporary, 1335 Mabini, Valentine Willie Fine Art Malaysia, HT Contemporary Space Singapore. He has participated in artist residencies such as Skowhegan, Lower Manhattan Cultural Council, Yaddo, Elizabeth Foundation for the Arts, Woodstock Byrdcliffe and Seven Below Arts Initiative. He is a recipient of New York Community Trust Art Grant, Lotos Club Foundation Art Award, D’ Arcy Trust Fund, Agnes Martin Fellowship and Chicago Community Art Grant.. He will be participating at the Gwangju Biennale in September 2018 and will show his recent paintings at the Asia Now in Paris in October 2018 and at the Drawing Room Philippines in 2019.

Kelly Ramos is a full time artist and a part time writer and curator. She is currently the president of the Baguio Writers Group, curator for Cafe By the Ruins, and illustrator for The Literary Life section of the Sunday Times Magazine of The Manila Times. As a practicing artist, she works primarily in oil paint as her favorite medium. However, she is also proficient in watercolor and pen&ink. She is also trained in printmaking, and has done a number of sculptural pieces in various media. Kelly has been painting since her elementary years in Saturday workshops, has won a number of local art awards as a child, and went on to study Fine Arts in the University of the Philippines in Diliman. She dropped out on her thesis year but has since then been actively exhibiting at venues such as the Cultural Center of the Philippines, the National Museum, and the Bencab Museum here in Baguio. Kelly Ramos was born in Mindanao and has lived in other places around the Philippines throughout her lifetime like Cebu City, Banaue Ifugao, Manaoag Pangasinan, and Fairview in Quezon City. For six years now she has made Baguio her home, where she has been living and working since 2013. 

Kolown (Est. 2007) in Cebu, is an artist / network of artists. Their works attempt to tackle the dialectical complexities of contemporary society through their public interventions, interactive web based projects and indoor exhibitions. Their works have been exhibited in CCP, Manila Biennale and Ateneo Art Gallery. Their current project, “Interference2020” is a nomadic public interventions around the Visayas. 

Lee Paje graduated magna cum laude in studio arts from the College of Fine Arts, University of the Philippines Diliman. Her visual narratives reveal alternative realities that bring attention to the restraints of gender inequality. She rethinks rigid past traditions through intertwined unconventional contemporary lifestyles. She was chosen in the 2014 Young Artist Discovery Section, Art Taipei in Taipei, Taiwan and just recently, her entry ‘Passage to the Land of Sugar’ for the 2018 Don Papa Rum art competition won the Grand Prize and People’s Choice Award. She was an artist-in-residence in Art Omi (Ghent, NY) and has exhibited in the Philippines, Singapore, and Taiwan. 

Leo Abaya(b. 1960) lives and works in Quezon City, Philippines. His explorations in painting, sculpture, installation, and video inquire about histories, remembering, and the body. He is an AAP Juror’s Prize winner, and is also a multi-awarded Production/Set designer, and a filmmaker. In addition to local galleries, his works have been exhibited at the UP Vargas Museum and Research Center, the Lopez Museum, the Ayala Museum, the Metropolitan Museum, and the CCP in Metro Manila, he George Segal Gallery – Montclaire State University, N.J. and the Fisher Museum – University of Southern California in the U.S. and was a contributing artist to the Philippine Color Notebook for Reporters Without Borders in Fabrica: Ouvert Les Yeux (Fabrica: Eyes Wide Open), Pompidou Centre, Paris. He also had works and collaborations shown in a survey exhibition of Philippine Art at the Asian Civilization Museum Singapore, Utterly Art Gallery, Willie Valentine Fine Art, and Pearl Lam Fine Art at Gillman Barracks in Singapore. His works are in various private collections, including institutions like the Singapore Art Museum, ILOMOCA, and the extensive UP Art Collection. He earned his MA Fine Art degree at the Winchester School of Art, University of Southampton in the United Kingdom as a U.P. Postgraduate Fellow. He finished his BFA, magna cum laude, at U.P. College of Fine Arts Diliman where he is presently full Professor and Chairperson of the Department of Studio Arts. He has mentored many young artists exhibiting today.

Roan Alvarez (b. 1995, Philippines) earned her Bachelor of Fine Arts from the University of the Philippines– Diliman. Her works revolve around identity in the contemporary hypermediated world, specifically inquiring on the negotiation of identity between social media & reality. Alvarez works with interactive transmedia–– a combination of traditional and non-traditional materials and processes, often involving the use of translucent and transparent materials, LED lights, micro-controllers and sensors. The incorporation of technology in her pieces enable the audience to interact with, and sometimes influence, the work.