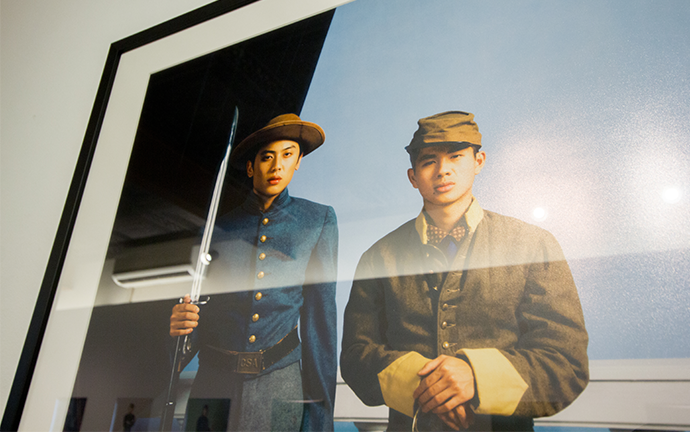 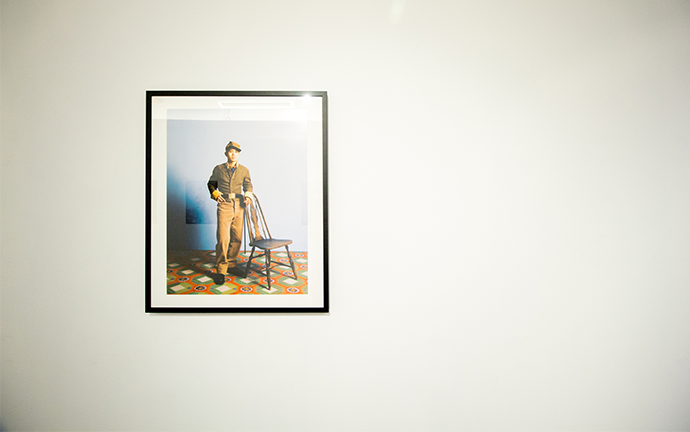 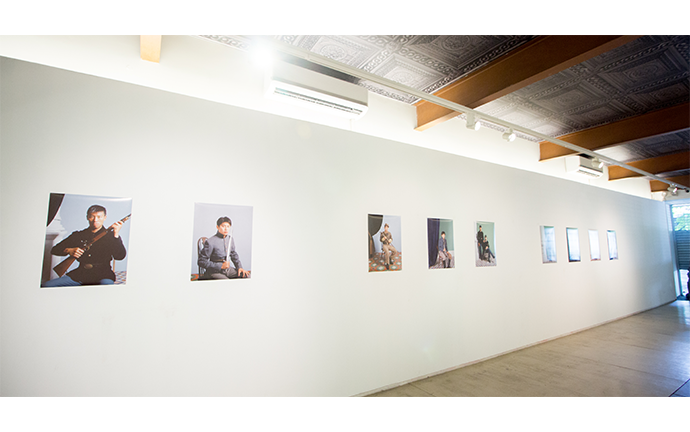 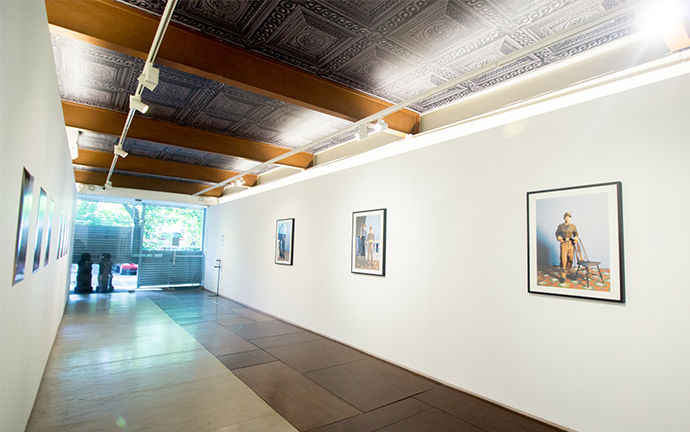 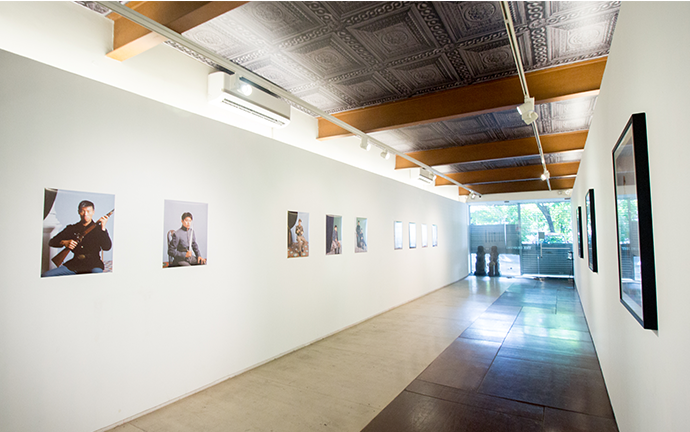 Continuing his ongoing research and interest in Hollywood cinema and its role in shaping cultural identity, Yonemoto presents a group of new photographs that examine American wars, heroism, and ideas of national building.

In the series, NSEW, Yonemoto appropriates American Civil War-era photographic portraiture. Such photographs were precious memories of soldiers, treasured by family members on both sides of the Union, and play an important role in documenting the Civil War. Hollywood’s representations of the Civil War shaped Twentieth-Century relation- ships to race, evident in early cinematic features including D. W. Griffith’s landmark 1915 feature film, Birth of a Nation (The Clansman), and the Victor Flemming’s 1939 epic, Gone With the Wind. These two approaches to representation—early photography and early Twentieth-Century film—are the fodder for Yonemoto’s striking portraits.

The photographs depict Asian-American male models posing in full Civil War regalia, dressed in uniforms rented from Western Costume, Hollywood’s oldest rental collection that provided costumes for Birth of a Nation and Gone With the Wind. Yomemoto’s ongoing interest in the representation of Asian-Americans in U.S. History is furthered by the “casting” of Asians as Civil War soldiers and costuming them in uniforms and clothing representing both the North and the South, Yonemoto raises questions about war, servitude, and ethnic and national. In fact, Chinese immigrants fought on both sides of the Civil War, and as part of Yonemoto’s “re-enactment” with these photographs, a third “side” of the war is formed, based on race and ethnicity, rather than political divisions or ideals. Further questioning the visibility of Asians in American debates about race—typically codified as Black or White—the photographs question the role of the audience identification through photography. Also at play is fetishistic nature of current war re-enactment subcultures, and this phenomenon’s inherently sexual and racial role-playing.

Through film, video, photography and installation, Bruce Yonemoto’s (b.1949) work explores the intimate relationship between cinema and politics, illuminating the key role that visual culture plays in both defining and executing the colonization of non-Western cultures. Yonemoto’s style shifts with the conventions of Hollywood and Post-War American iconography by incorporating narrative, kitsch, and formal experimentation into film, video and objects. His work during a twenty-year collaboration period with his brother Norman established Yonemoto’s reputation as a renowned media artist and leader in Asian-American artmaking.

Yonemoto’s work has been exhibited internationally, including individual exhibitions at the St. Louis Art Museum, MO (2010); Santa Barbara Contemporary Art Forum, CA (2008); the Kemper Museum of Contemporary Art, Kansas City, MO; the Institute of Contemporary Art, Philadelphia; the Wexner Center for the Arts, Columbus, OH; and the Santa Monica Museum of Art, CA. His work has been included in numerous biennials, including the Gwangju Biennale (2008), Corcoran Biennial (2002); Fukui International Video Biennale (1993); and the Whitney Biennial (1993, 1987). In 1999, the Japanese American National Museum in Los Angeles presented a retrospective exhibition of Bruce and Norman Yonemoto’s work. Other exhibitions include California Video: Artists and Histories at the Getty Center, Los Angeles (2008); Los Angeles 1955–1986, Pompidou Center, Paris (2007); Exile of the Imaginary, Generali Foundation, Vienna, Austria (2007) and In Other Words, and the Center for Curatorial Studies at Bard College, Annandale-on-Hudson, NY (2006).