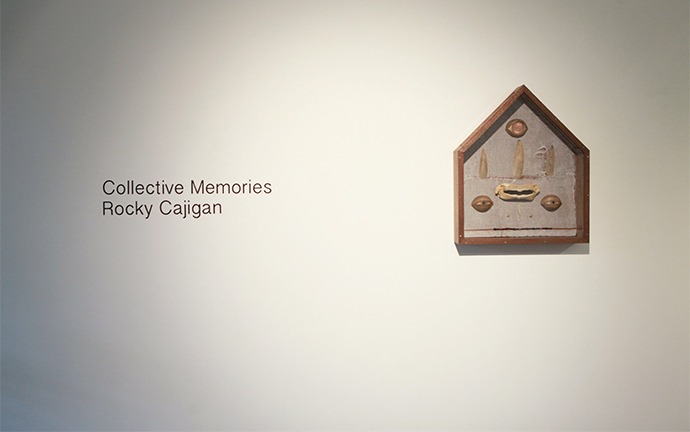 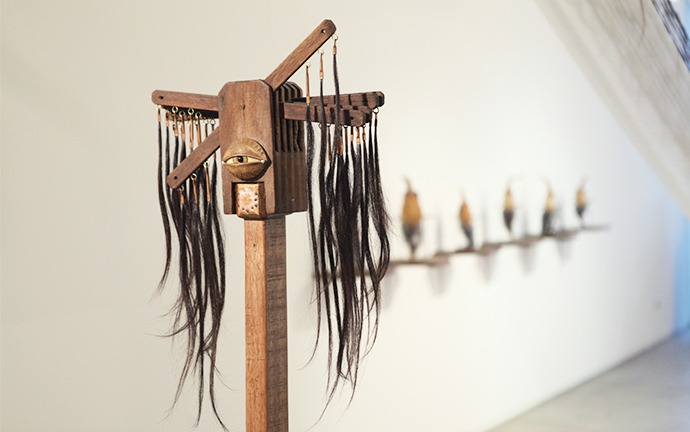 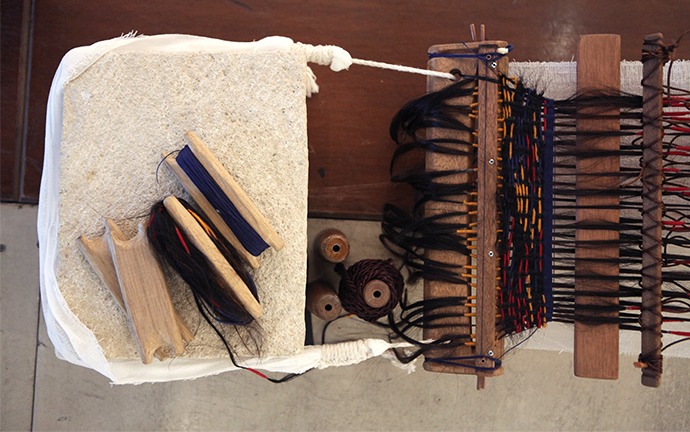 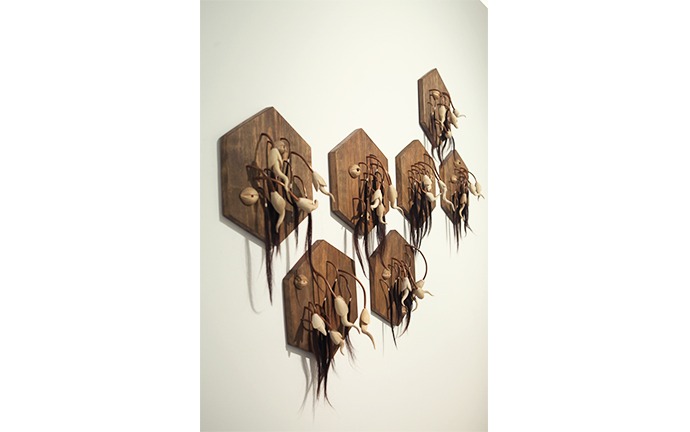 As in previous exhibitions, Cajigan calls attention to the interplay of Cordilleran indigenousness and the prevailing culture of commodification into which it has been thrust. Cajigan describes the experience of being indigenous as simultaneously being the proverbial canary and the coalmine: both the thing that is mined and excavated for value and, at the same time, the warning and expression of the dangers of that excavation. In recent months Cajigan has worked and made installations in the newly opened town hall of his hometown of Bontoc, a process which here sees Cajigan exploring the tensions of existing within, and representing, his community as an artist. These works draw upon and interrogate the transformations of the ili, the Cordilleran village and community, as it is transplanted into cities and adapts to cross-pollination with other cultures and aesthetics. Amidst constant pressures which would wipe it and its history out, the ili persists, its past immortalized through its people’s recollections of their birthplace and culture. Cajigan explores this relationship through a contrast between organic subject matter and forms and the integration of industrial and mass manufactured materials.

In Collective Memories Cajigan uses such contrasts to play with the strange and alienating, but he also asks the viewer to penetrate beyond the unnatural aura that a gallery builds up around the objects in it, to see the natural and organic identity of these objects as material things. To consider their origin in an actual ecosystem of culture and life. There is more to this weaving loom warped with yarns of human hair, the phallic shoots of an unknown life form, or the evocation of alien deep-sea organisms than their sheer otherworldliness. These objects must be grown—this wood, this hair, these bones. They must first of all be germinated, or have a point of insemination.

Collective Memories is a tribute to that point of beginning in forms of collectivity that every return to the ili still so strongly evokes, no matter its assimilation into modernity’s monoculture. Amidst the profusion of images in Collective Memories that core statement holds true. The hairs woven together, the sprouts growing in synch, the honeycomb-shaped wall pieces that allude to the bees’ cooperative instinct, all point to an ethics of collective life and being-for-each-other that is at the heart of indigeneity.