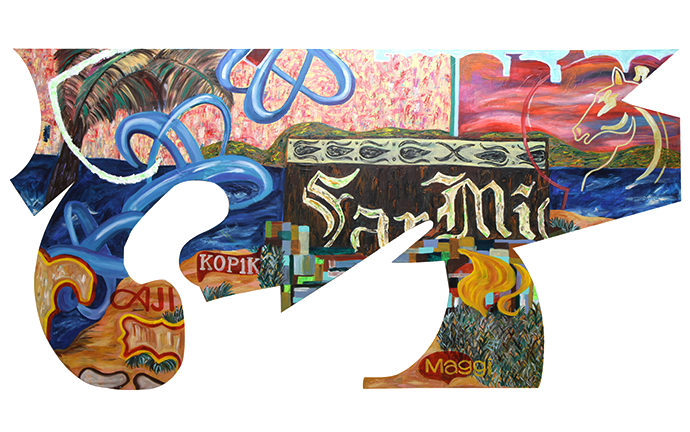 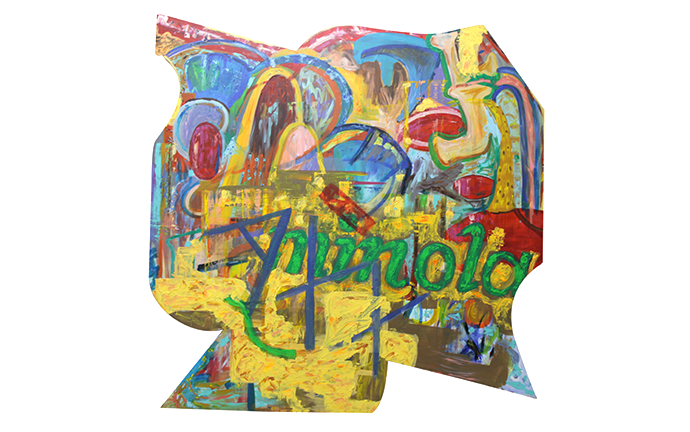 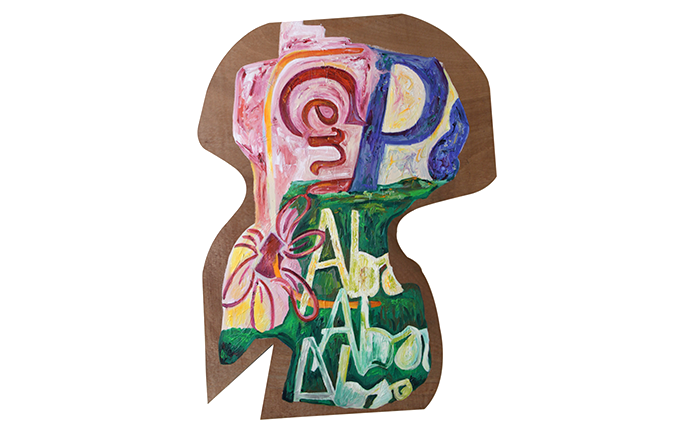 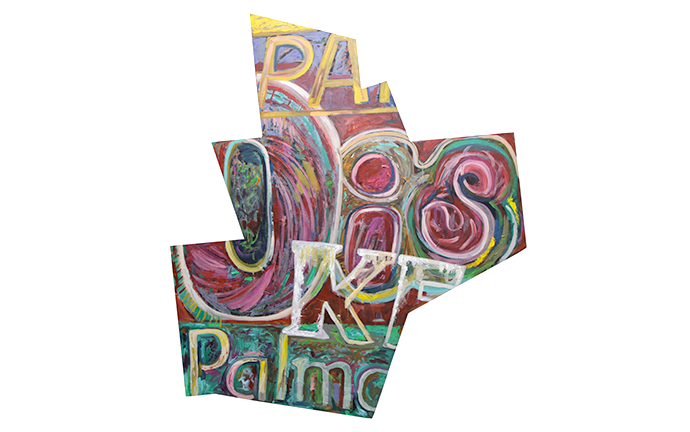 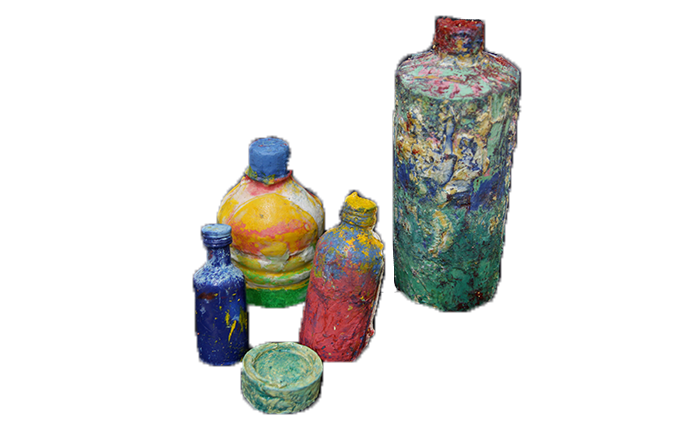 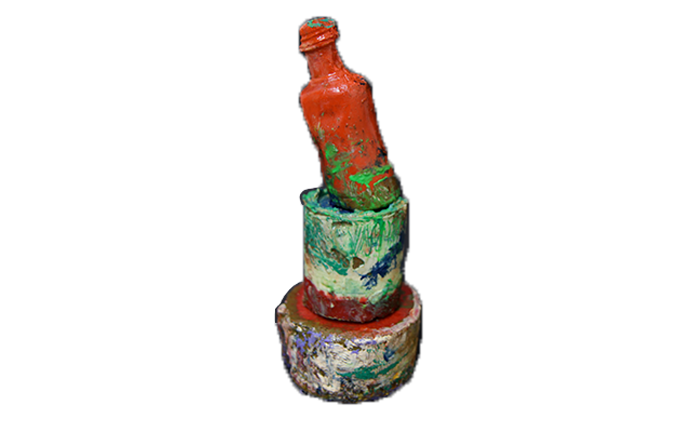 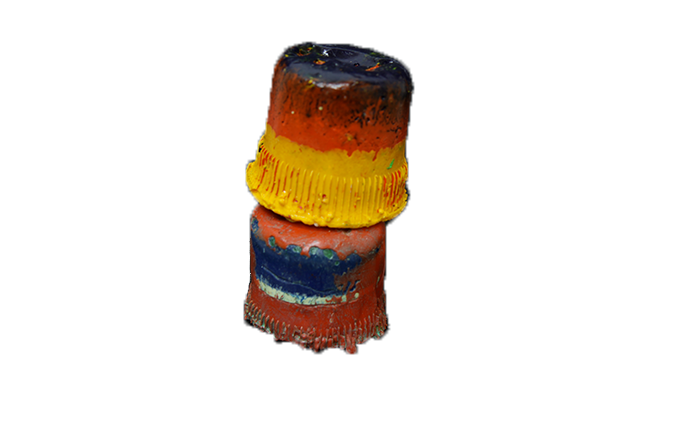 Kat Medina often has her work defined as “craft” – perhaps in the resonance of her objects bearing a diacritic of the hand: stitches and imprints impossible to reproduce, marks that are as physical as the plane on which they occupy. Also, this might as well point to the choices of material – pedestrian scrap: plywood, resin, thread, tools, things that accumulate in making a home, objects that become domesticated. In the midst of her activities in painting – around formulas of color values and a development of such a pronounced deftness to composition – Medina looks back now at the identification of craft and what it means to her practice. Craft, measured in the degree of involvement of the one who practices it, seem to become a misnomer in artistic practices divided into categories of painting, drawing and sculpture, especially in the local economy of DIY and art community which lack access to and confidence towards manufacturing technologies; after all, the values favored by the (art) market are inclined towards one-offs and rightly so, as a painting is made by the hand who signs it, a sculpture occupies a three-dimensionality carved in its own individuality or an editioned one will always have come from a mother cast and while an image from a drawing can be reproduced, its original grade cannot. As this activity measures the practitioner’s relationship with material, and the skills employed to arrive at and emerge from this correspondence, thoughts on what craft is have come to sit with a description: “thinking with hands.”

So Medina thought and used her hands – not necessarily asynchronously or in that order. She thought about craft; she thought design; she thought about her position in the artisanal and she thought about society’s use of it. While the architectonic gestures she imbibes in her painting characterizes her work as generally informed by space, they come from her experience of it – in domestic spaces, in spaces that cover the movement of her travels, in spaces assembled by hand, in spaces of painting. In Common Subscriptions, there are views to cities as she forms wood panel shapes according to commercial logos’ relationship of their shapes in the spaces they colonize. These logos are stripped from their brands, in some parts or completely. They make up her works, straddling two forms of distraction: while the brands are excerpted – made to sit in the configuration of color and motions of painting as well as in the midst of their deconstructed kin, they also operate in an affair of recall that deflect our recognition towards these spaces as paintings. Medina likewise offers another juxtaposition besides her strategies in composition; she makes use of allegorical differences across cultures in her arrangement of brands created by our society in the city and societies of our local tribes. The embroidery pieces allow this particular syntax to manifest in the contours of commercial motifs that co-exist with icons from Filipino tribes, the latter illegible according to a lack of general knowledge of them. In Medina’s abstraction of them through “small gestures”, they inhabit a space in equal terms – they are only patterns that hold value according to the particular society that uses them. This embroidery series, however, makes us think about this value system. These two groups of symbols are different not only in their signifying power, but the structures that form that power. Medina tells them apart in the context of commercial design being imposed onto lifestyles – this as an intrusive power – while the iconography of tribes reflects their lifestyle or is shaped by their lived environments (phenomenological, in this sense). Medina’s research-based practice not only delve into her reading and interpretation of anthropological disparities; it is also makes sense of the essential facet of craft, which is “making things.” This is how we can look at her cast resin series of mass produced packages. We recognize these objects as water bottles, instant noodle cups, etc., – all of them having travelled through factory lines. Medina refers to the artisan’s desire to demonstrate society’s values by taking mass-produced objects and making them too. However, she makes them not at par with the quality control of industrialization – they are sloppy in form (in relation to the manufactured prototypes of course), doused in pigment and very much telling in the personality of the materials she used as she synthesized them with one another. In this language does the artist manifest her process-based evaluation of the artisan’s habits of repackaging and producing a variation rather than a contribution to difference.

In matters of “craft”, Common Subscriptions thinks about the sense and direction of agency when things are made and received as signs more than the actual function in their overall constitution. The exhibition leaves us with notions on how things become permitted to everyday lived experiences – in the conditions of spaces they occupy in our community, in the bombardment through their seriality and, most of all, in their ability to disguise these conditions.