DO WE DREAM UNDER THE SAME SKY 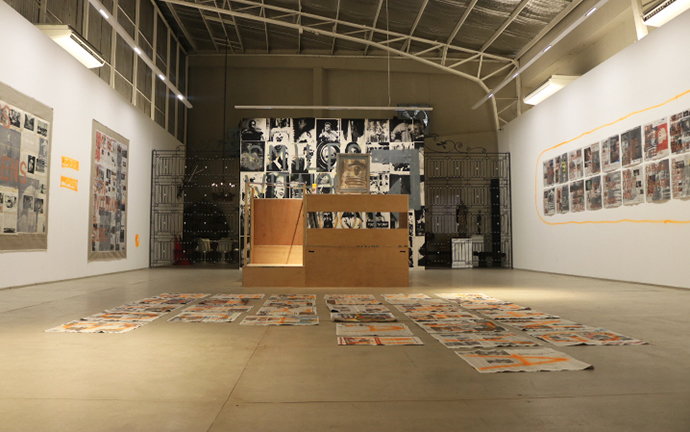 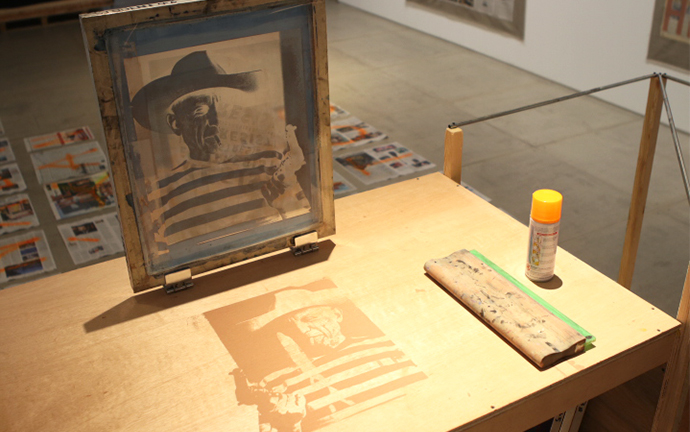 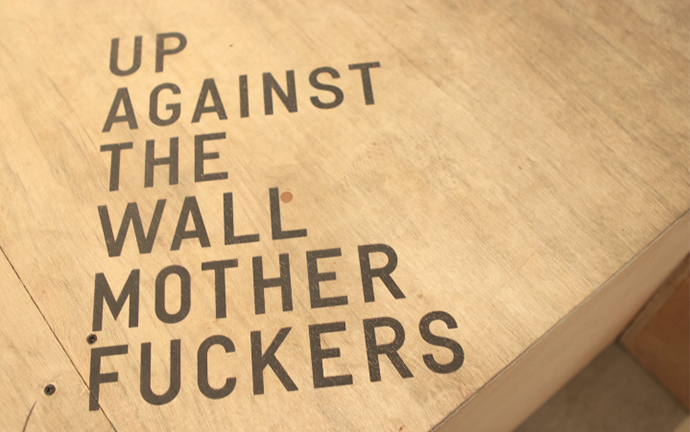 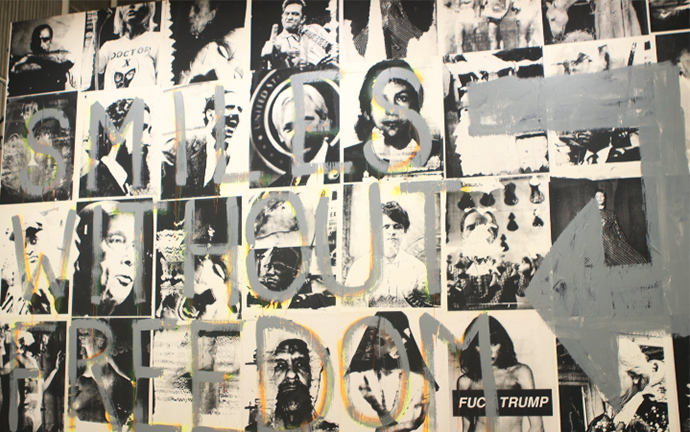 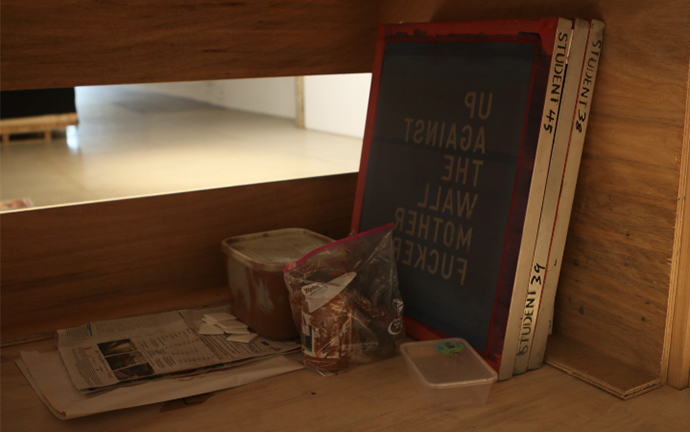 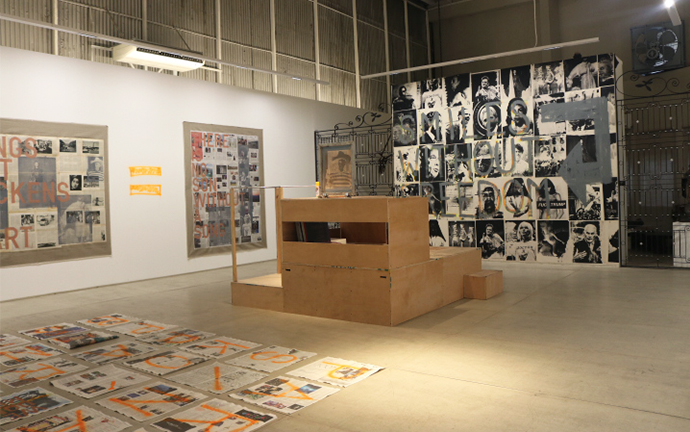 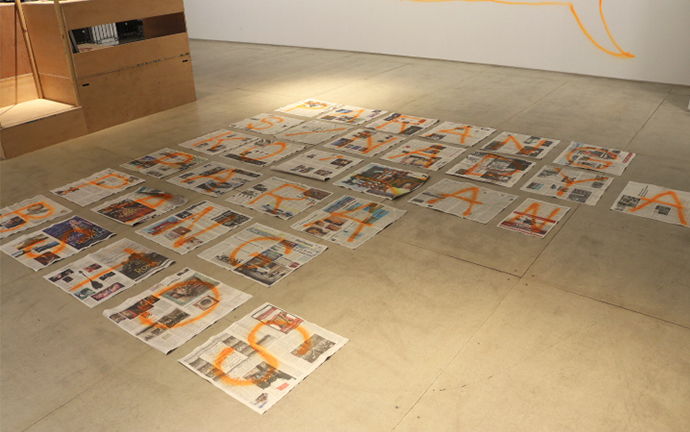 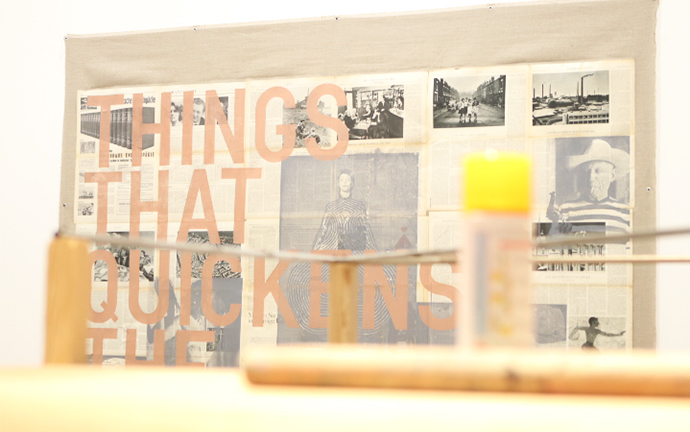 Do We Dream Under The Same Sky, a collaborative performance and installation by Tomas Vu and Rirkrit Tiravanija consisting of live silkscreen printing, prints, texts and graffiti over portraits, is inspired by the spirit of resistance that lies at the root of “Gringo,” a term commonly used in Latin America to describe a Western foreigner. It is commonly believed that the term originated from the phrase “Green go home!” Part myth and part folklore, the story is both a misunderstanding and to some degree, an invention of the imagination.

According to one story, “Green go home!” became a recurring phrase referencing the supposedly green coats of American uniforms during the Mexican-American War (1846-1848). Over time, this phrase was shortened to “Green go” before evolving into “gringo.” Though some have counter-argued that U.S. troops wore blue during the Mexican Invasion, the story is compelling nevertheless.

Another story holds that English-speaking American soldiers would sing folk songs such as “Green Grow the Lilacs” and “Green Grow the Rushes, O” during the war, thereby attributing the origin of “gringo” to these song lyrics.

Another variation of the story tells of the green stripes worn by the 3rd Cavalry, the only U.S. cavalry regiment to wear a green stripe on their uniform. Their regimental song also happened to be “Green Goes the Rushes, Ho.”

In Puerto Rico it is also thought that the term gringo refers to the ostensibly green U.S. military uniforms as a result of the locals’ desire for the U.S. military to leave their island.

In Brazil, gringo is thought to be derived not from military intervention, but instead from the exploitation of nature by foreigners. The Amazonian rainforest was the green that for them was ‘going,’ being stolen and destroyed by outsiders.

Whether or not these theories are true, the rebellious gesture that they represent resonates profoundly in the Americas, but all over the world. The collaborative performance and installation, first presented at the Colombia-America library in Bogotá, Colombia titled Green Go Home, exposed the underlying subtext of U.S. interventions and colonialist attitudes towards Latin America and Asia: an antagonism that has cost many lives and much strife. In each installment, Do We Dream Under The Same Sky invokes the spirit of rebellion against the invader, the colonial power and the repressive government to investigate the layers of interpretation, readings and misunderstandings of resistance.