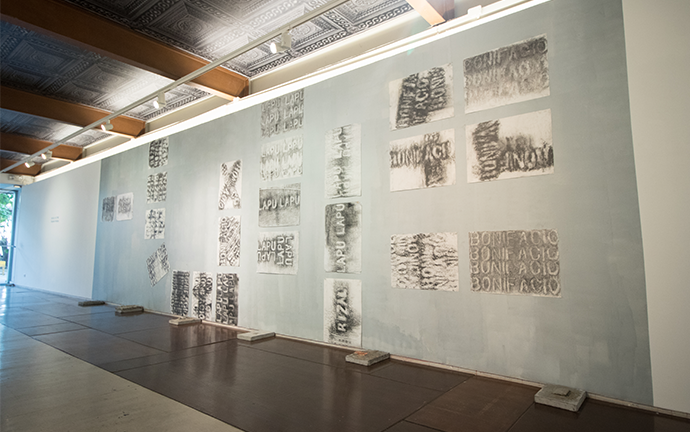 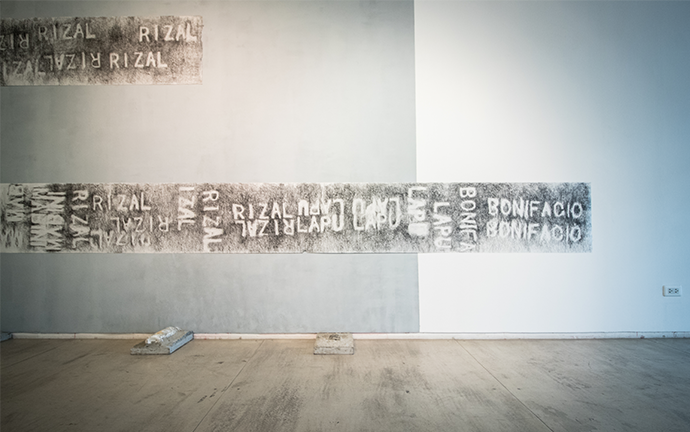 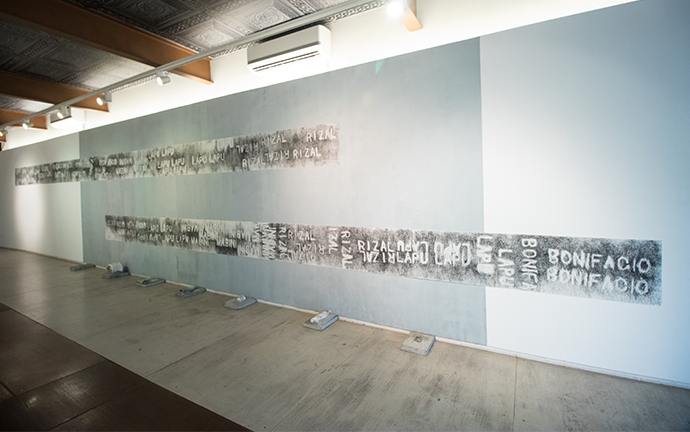 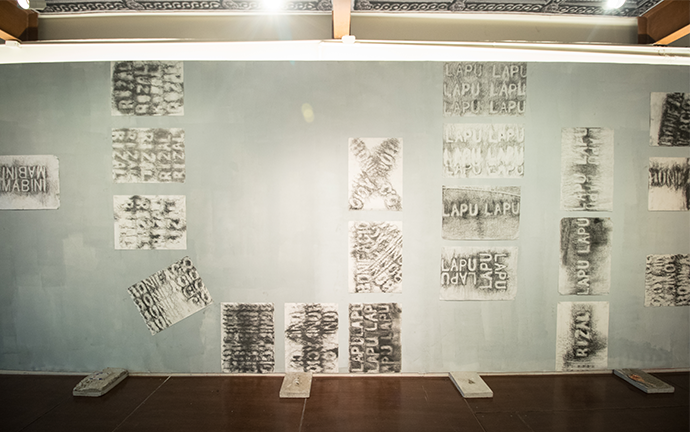 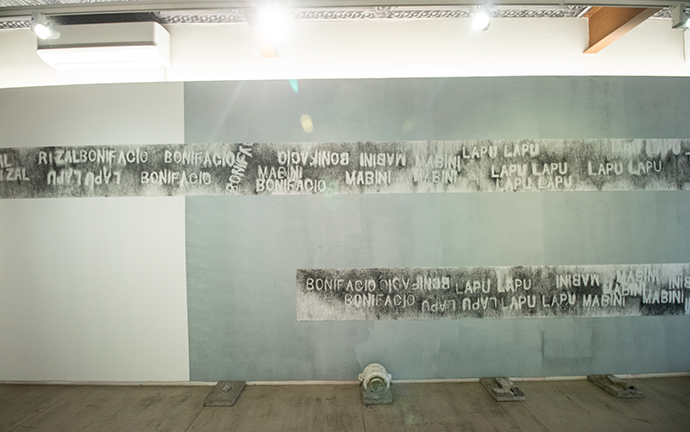 At this point markings on concrete are signifiers of a layer in history that civilizations of a people have existed.  In the case of San Francisco, California – a group of young men coming from a Filipino Mason Group left tracks on concrete and created a community despite miscegenation, wage theft, and land law exclusions in search of a decent life.  This micro history created markings on a land, occupying time and space mid-20th century in the history of Philippine and U.S. migratory relations.

Artist England Hidalgo monumentalizes these remnants, as epochs, within the diaspora and immigration of the Filipino Malay civilization. He uses lithographic crayons and creates monoprints from stone rubbings or frottage on rice paper. He also explores surfaces and intervenes on public spaces to create moldings. Hidalgo captures the layers of human activity that have once existed and gone through San Francisco earthquakes and evictions due to urban renewal, but also carefully reveals through these ephemeral gestures that at some point, another layer of existence will eventually overstep and create formal scales of layer intervals in geologic time.