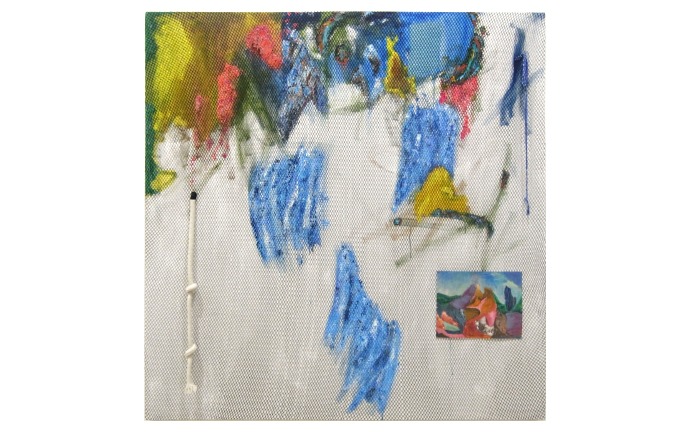 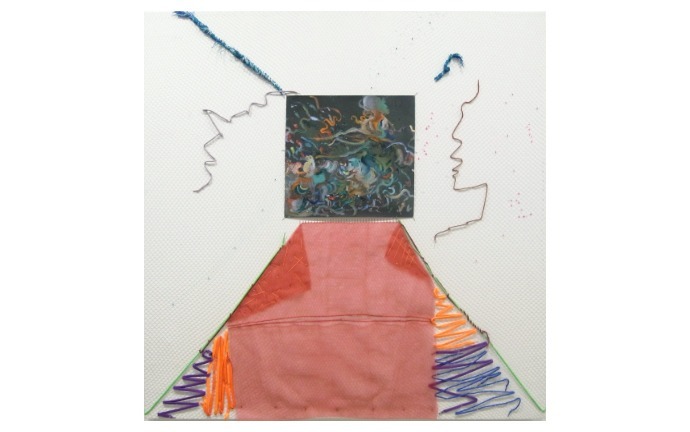 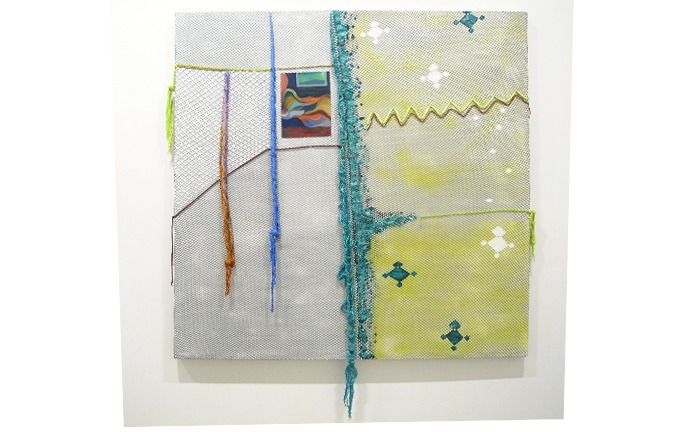 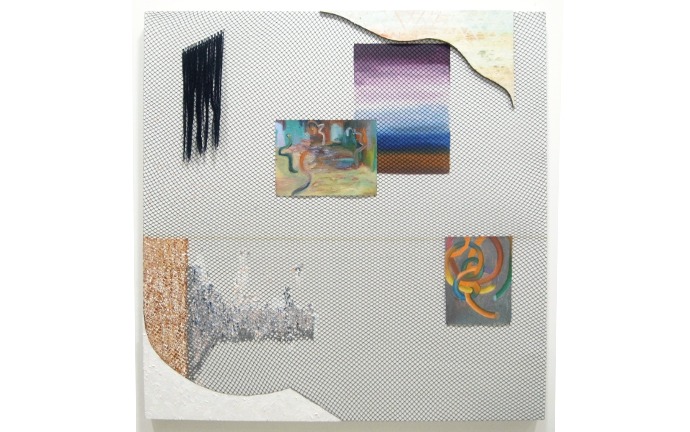 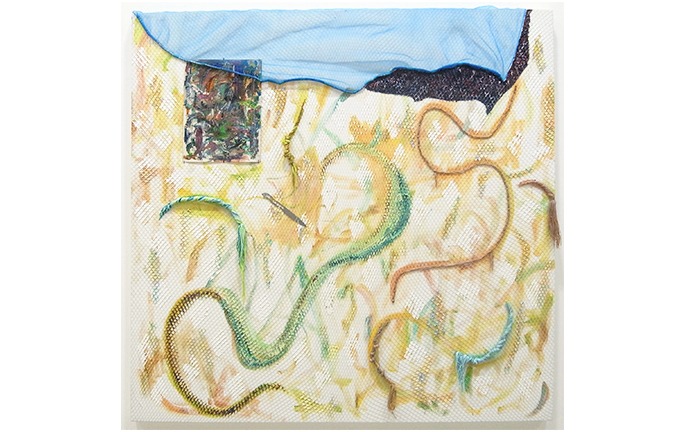 At The Drawing Room, Kat Medina’s fifth solo exhibition forever folding to temper a window to a siphon or a knife historicizes an artistic reception of materiality. The artist receives the latency of her paintings, progressively. Two domicile characteristics, consistent with Medina’s art practice, shape her ways of access to the said reception: the act of cleaning and the virtue of the grid. In her paintings, she trusts the ‘biological’ capacity of her materials. Images that would either form or disintegrate within her pictorial grounds must occur within the narrowness of the grid. Medina reveals the custodianship of a painter. Her paintings only take the recession of every grid—a space measured, cleaned, without new creation.

The spatial recession that Medina explores in her works is difficult to confirm. Initially, she renders the formal contact points of a painting, such as lines and grounds, almost illegible. What we gather in her compositions is the simultaneous depth of thickness and thinness. Brushstrokes captured under the thin layer of a fishnet, subsequently reinforced by a strip of paper and punctured by several colored stitches, exhaust the empty space that surrounds them. They show us an illusion of growth. On larger scales,Medina projects the potential of curves against the architectural regulation of lines. Draping another texture onto the fishnet, next to a sculptural fragment: the rhythm of curvatures pulsate unbridled shapes. Medina redirects us to a movement of images occurring at the threshold and within the picture-rectangle limit.
Through the potential of receding spaces and diluted depths,  forever folding to temper a window to a siphon or a knife accumulates aesthetic weight in the regime of informational representation and data abstraction. Medina always returns to the discipline of painting. She paints sinuous lines and organic shapes that commune with multiples surfaces and strict edges.  The ovoid wanderings of her brushstrokes engineer how images and objects could emerge collectively, like a screen projected on another surface. She takes the length and breadth of her materials in order to proscribe relational time. She agrees to the limits of a picture, to the concreteness of time. What she nourishes at the moment is a study of form and medium, in terminations and drifts, with delay and ecstasy.