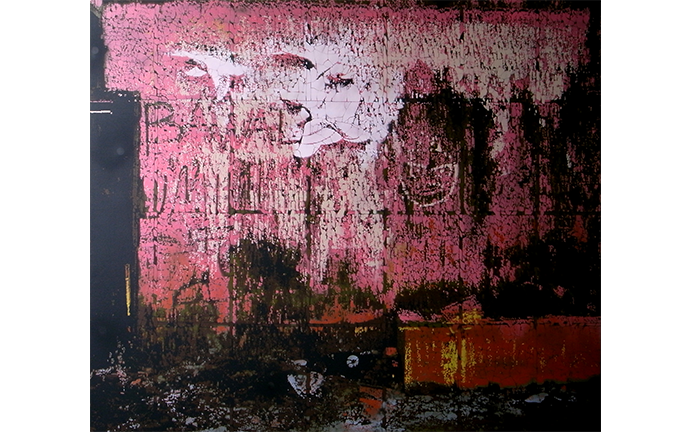 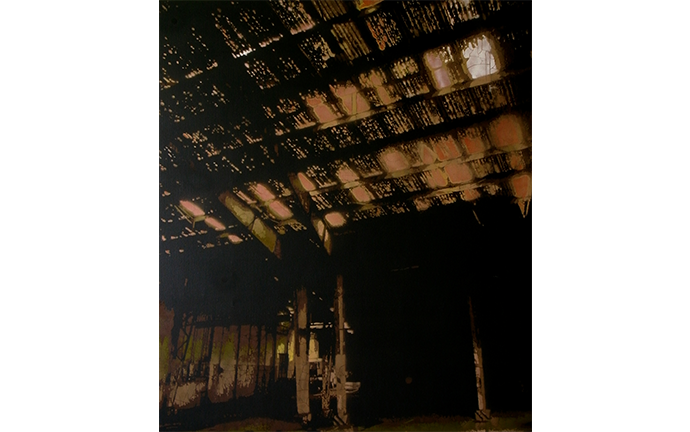 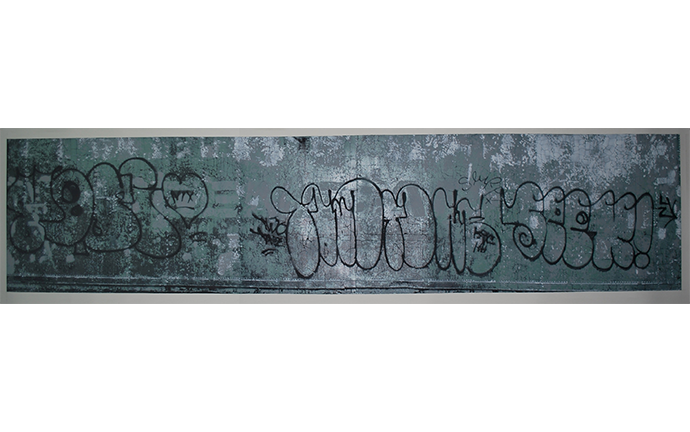 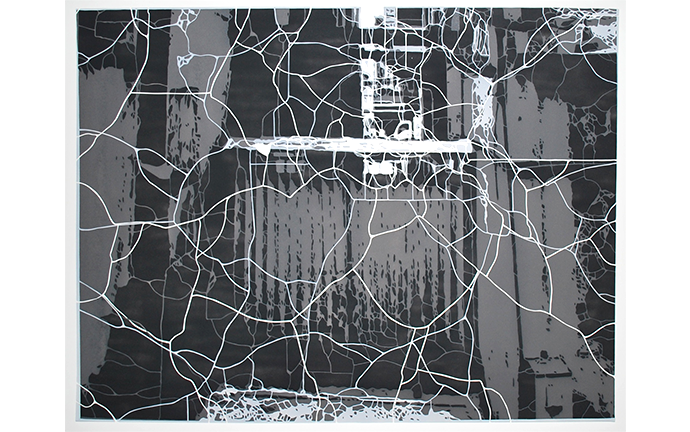 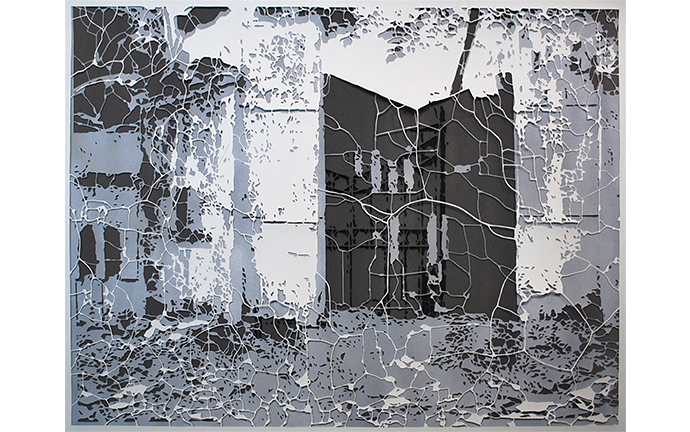 The images evoked by Vermont Coronel Jr. are stencil-based. The artistic program he abides in is one of punctiliousness. Vermont uses the stencil technique of slicing details of one image through several sheets of paper – each matrix containing lines that effect dimensionality particular only to the use of multiple planes. These strata are positioned to gain the image, and sometimes they act as frames that are spray painted through. The exhibition Dream/World puts together two forms of Vermont’s practice – the cut-outs superimposed on one another; and the canvas works achieved by several of these matrices that distinguish which bridge of a line and which hue from a negative space would create depth to this otherwise flattening medium of aerosol and paper.

Vermont started his practice in the urban landscape itself and Dream/World is his second solo show, ironically, outside “the streets”. This exhibition follows his monumental venture in The Drawing Room’s Project Stage of this year’s Art Stage Singapore. He debuted both his experiments in scale – the canvas a towering three by five meters; and the use of colors that contrasted from his typical monochromatic scenes. His new series proceeds with this juncture as he unravels sites of mystery in pigment and webs of lines in which an unfamiliar map of the city percolate through.

Graffiti in origin, Vermont’s works subsists on cartography at odds with the structures of navigating the city we have inherited. Beneath the flux of a pedestrian’s everyday there are places that have fallen through the cracks – like miniscule beams from billboards across foliage that they cradle between them (“Location No. 3”). Vermont reveals the view when we could have only looked up or behind: an uneven, teetering ruin of a building being demolished manually (“Location No. 8”); a grotto behind a mountain of trash (“Location No. 6”); or a go-go bar which glamour has fallen into destitution (“Location No. 1”) and currently perseveres as roof for the homeless amongst its new neighbouring cantina that serves other kinds of deprivation.

Taking its cue from this bar, Dream/World is about lost Arcadias – places that the City has misplaced from its accustomed terrain at the same time they are locations that function as invisible cities themselves. They are the white elephants in the urban landscape, awkward in an inert disintegration – their complete demolition long overdue; a blot to the language of progress demanded of cities. Still they continue to be unseen to the eye that traverses past daily. As if it is a subversion for them to be acknowledged, because seeing such places allows them to manifest. And it is through eyes of flaneurs such as Vermont (but a flaneur on a bike!) that we recall them – where is that, exactly?; do they exist, really?

While these other places in the city recalls the marginalia of its existence, they too suggest another domain. These spaces, with their element of barricade (a wall with intricate relief: “Location No. 4”; a solid iron gate: “Location No. 6”), implicate a diachronic reality. In imagining all their states together – in the past; presently; the overgrowth of the new cities over these structures – a timeline is wrought in the midst of the strangeness of them seeing to exist outside of time. They have become post-apocalyptic.

To prove the otherworldly and heterotopic quality of the places Vermont chose to portray in Dream/World, these sites carry the anecdote of either sheltering a small community of vagrants or none at all – a circumstance ironic to the growing population of homeless in Metro Manila. Even to the displaced, these plots of land refrain from betraying themselves into the familiar landscape. Through Vermont we are granted access, further beckoning us to proceed a little slower and look a little closer.