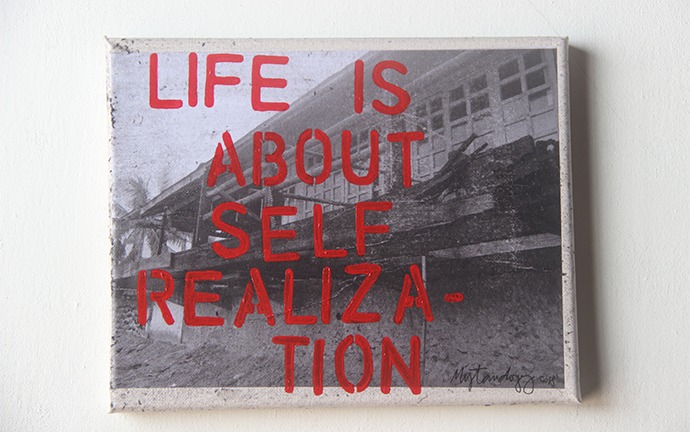 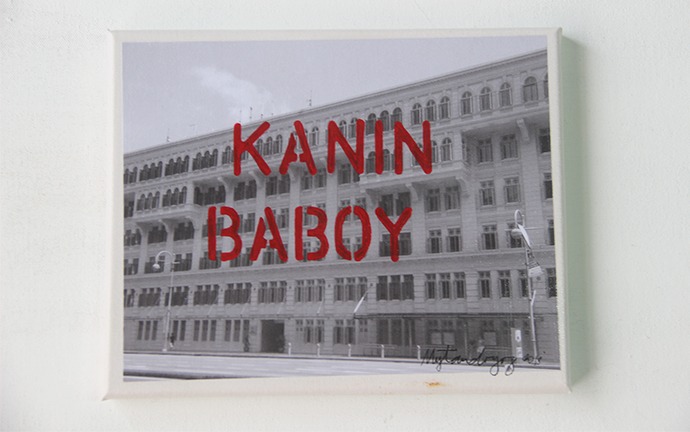 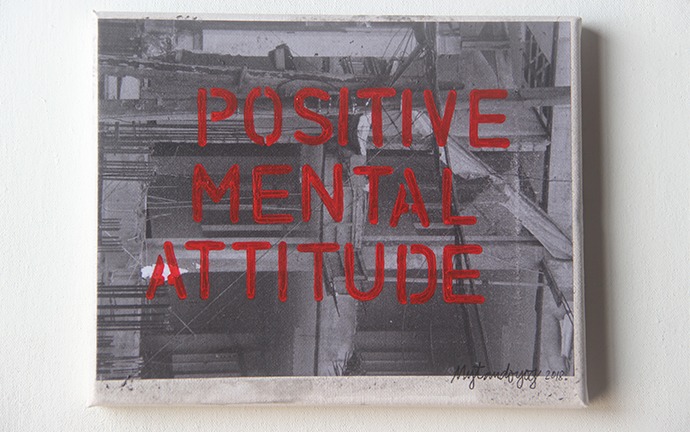 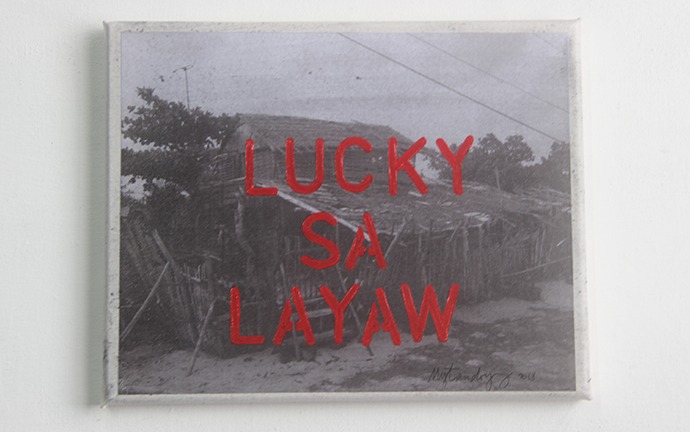 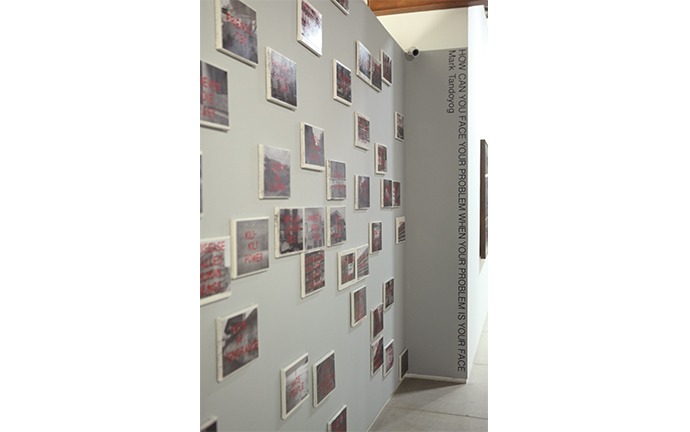 Mark Tandoyog’s works retrofit the anarcho-punk into everyday slogans on local politics. He also marks canvasses with pop satire that read as absurd more than the shock of conventional punk visuals. In one of his works, “SUGAR COATED EMPTINESS” is painted over an image of stacks of Coca-cola bottles.

Tracing his ethnicity to the Kankanaey community, he lives and works in La Trinidad in the Cordillera Region where his graffiti line the streets. Mark Tandoyog, like most artists based in Baguio City and its peripheral towns, has no art school training. He practiced as a professional nurse before his shift into art-making.

The rare union of “indigenous” and “punk” informs his “making,” pairing pop and folk imagery, humor and agitated sloganeering. The slogans are linguistically layered, satires are understood in different tones to dialect readers and readers in English. His wordplay is a testimony to the multilingual culture of his hometown where even the lingua franca is a mix of mountain Ilocano and Filipino. To Mark, his focus on dualities is more an engagement with his community as it assimilates to global capital. It is more than a strict philosophical construct in art-making.