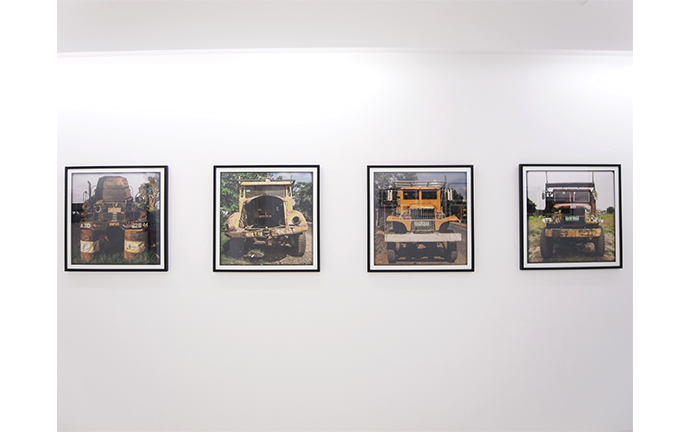 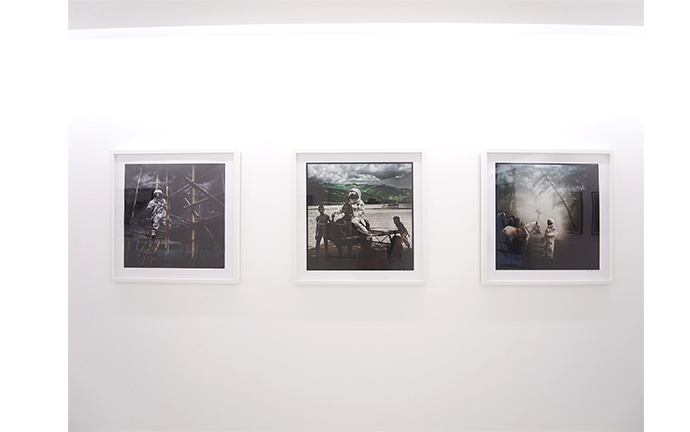 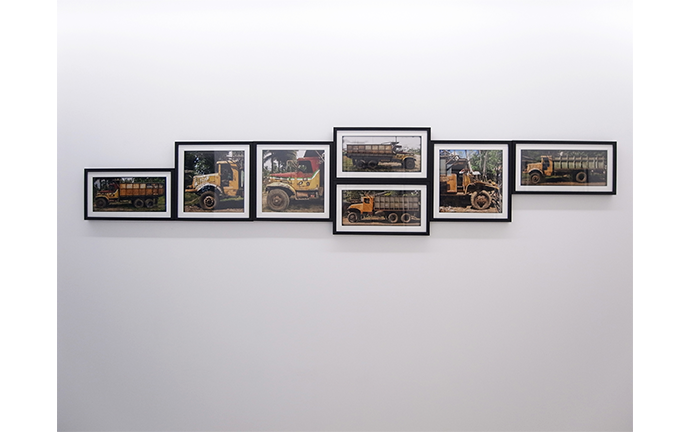 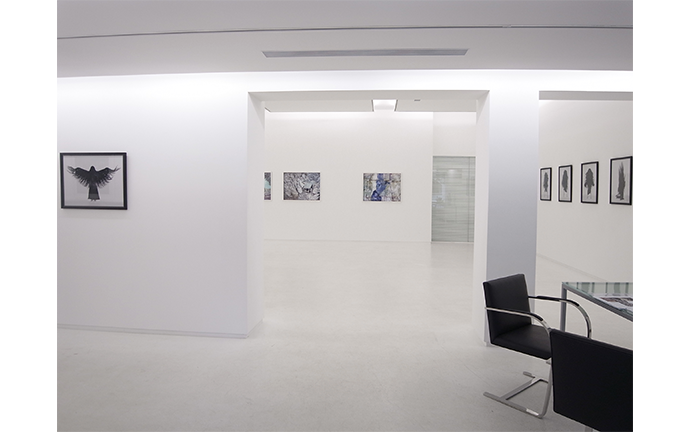 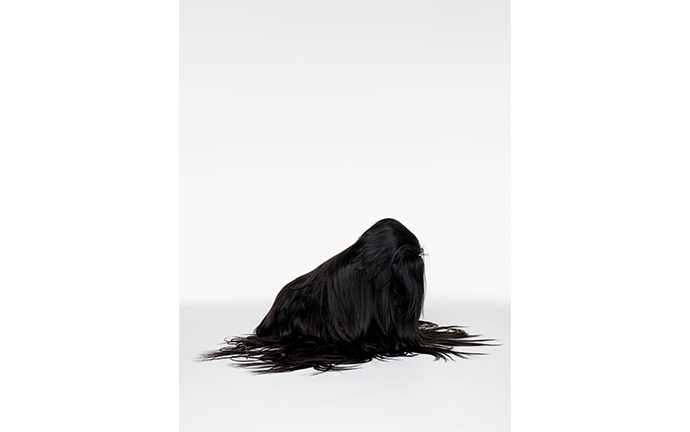 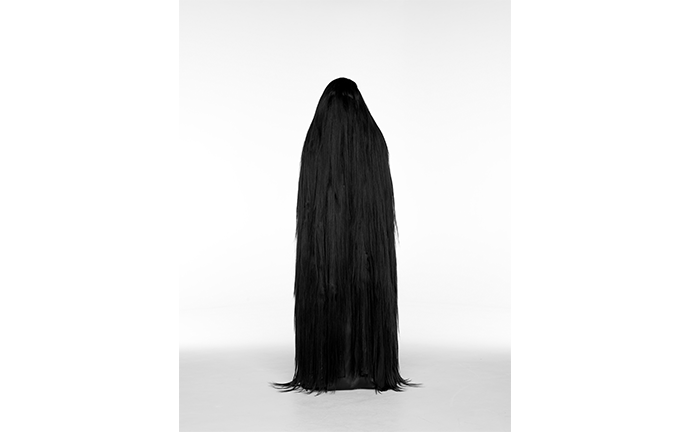 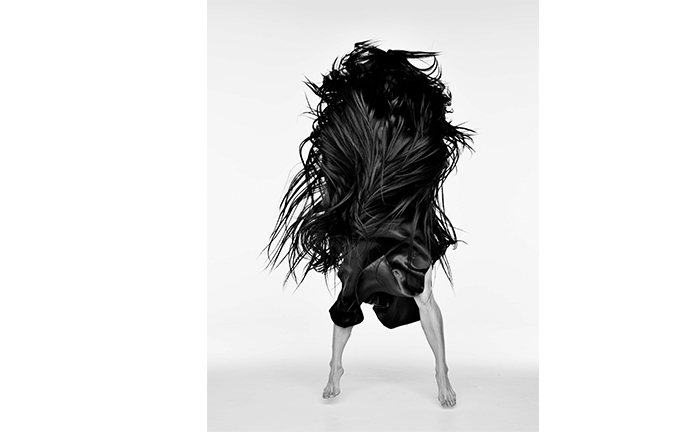 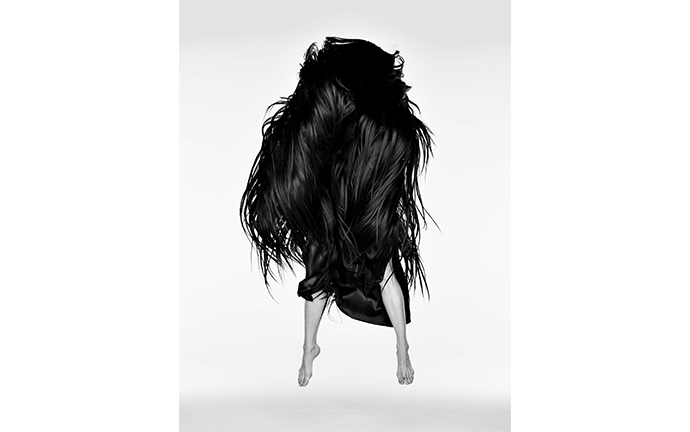 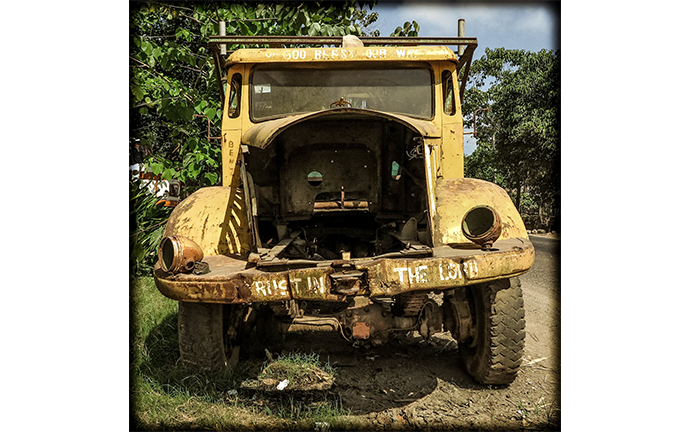 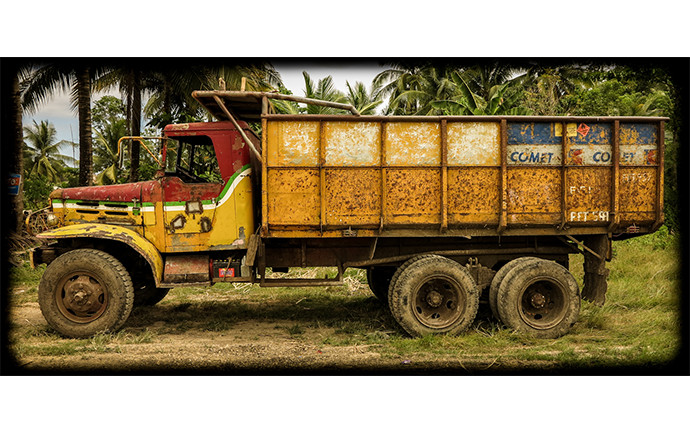 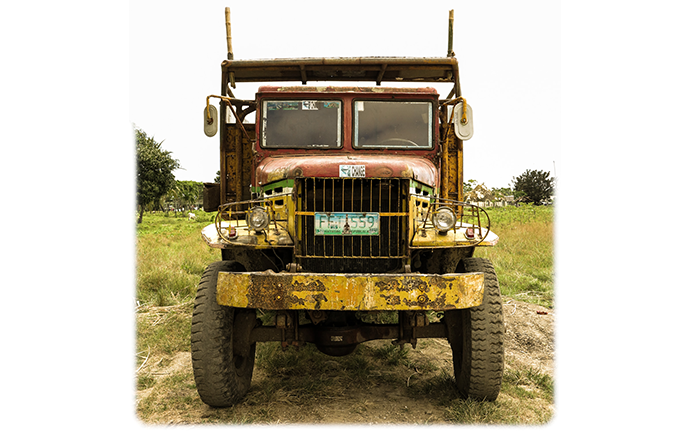 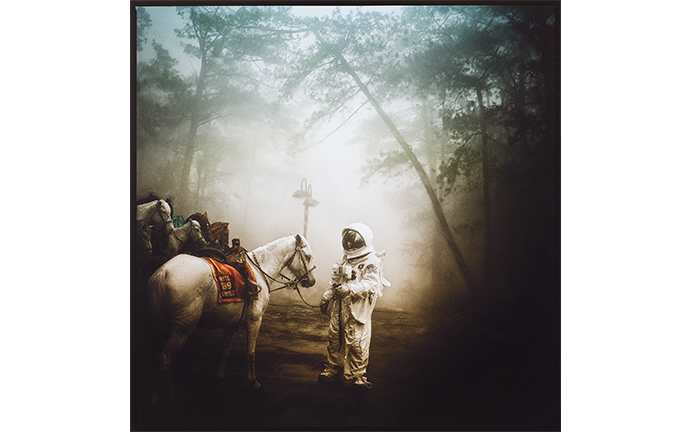 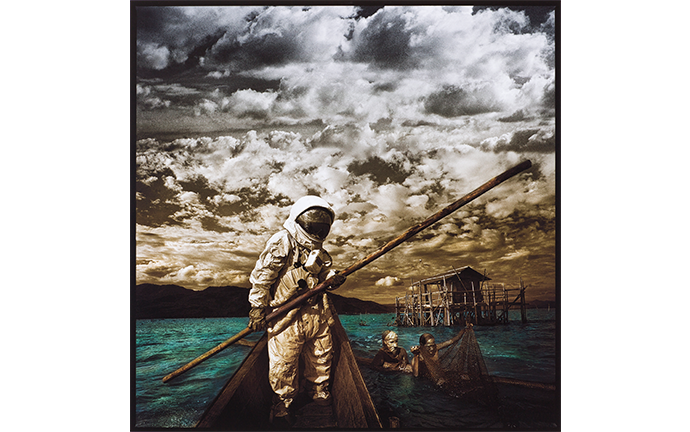 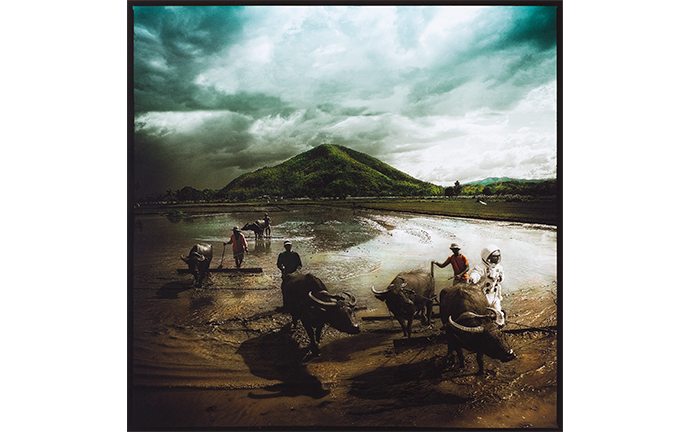 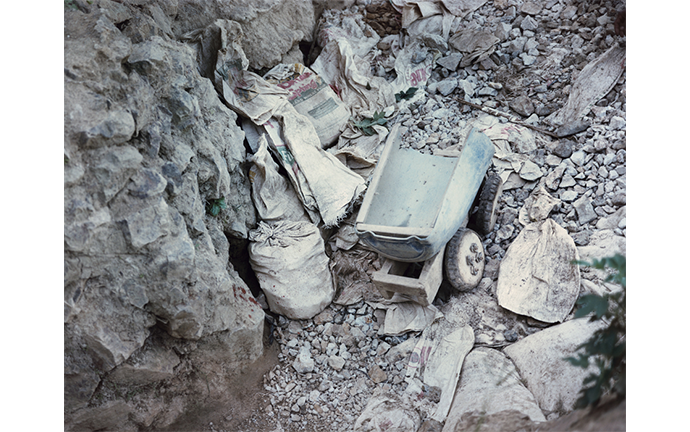 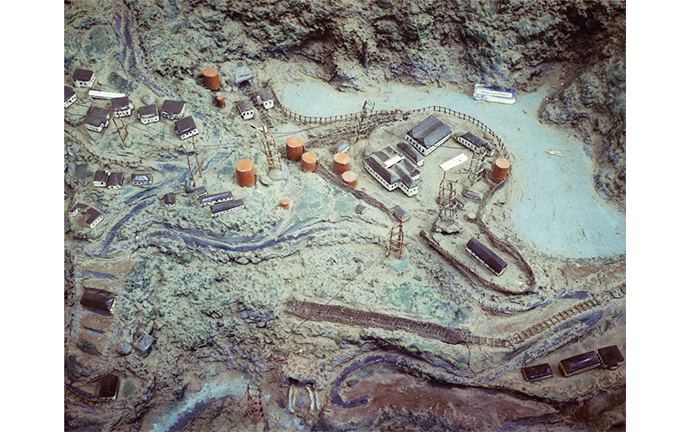 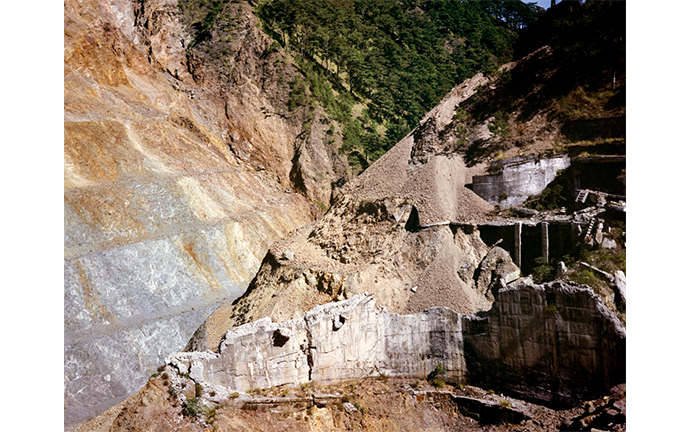 The strategy of this exhibition to discover “immanent geographies” is carried out in the contestations that unravel in (real) spaces, counter-sites, social landscape and travelling topographies in the works of Kidlat De Guia, RJ Fernandez, Lilibeth Cuenca Rasmussen and Emmanuel Santos. The artists lay the land through the photographic format and appropriately so as these lens – equipment and practice – might as well be equivalent to Michel Foucalt’s mirror as a virtual point that is both utopic and heterotopia. Geography, in this sense, is neither merely actual nor imagined. It is identifiable, sure, yet it is placeless as well. The landscape the four artists maps is an inherited one, surrounded by mythic and real projections on existing spaces. As these images are not framed as documentary, they end up opening these spaces as heterotopias where they are “at once absolutely real, connected with all the space that surrounds [them] and absolutely unreal” (Michel Foucault 1967). In that sense the documentations have now provided a function wherein instead we are urged to look at our position in the set of relations implicit around the space in which the images reflect on.

The Itogon mountain ranges in Northern Philippines for example present a privileged standpoint suggested by RJ Fernandez. The situation surrounding this work traces a mining industry originally rooted in the indigenous people’s socio-political system. From 1995 when the government granted full ownership of mining investments to foreign companies, that very system that sustained the Ibaloy and Kankana-ey tribes turned the province, which symbolized their community, inside out. Having left with the consequences, the populace – now squatters in their own land – forges on and scavenges the remains. The pictorial device employed by Fernandez in Moving Mountains navigates around this fragile chronicle of dystopia, lifting into it a terrain segregated from the confines of the industrial development we experience. Identifying it, we are caught in the residues of a terrorized beauty that is inaccessible because that particular postulate which filters such history deviates from any encounter possible of an area that shifts according to its unresolved and projected ideals.

In terms of existing spaces that straddle between the spheres of being absolutely hidden and being generally accessible (but often tend to be more of the former), Lilibeth Cuenca Rasmussen offers a microcosm of the social landscape in Afghanistan. As a project for the Danish Pavilion in the 2011 Venice Biennale, Rasmussen gives voices to four personalities that reflect the development of new gender constructions resulting from the inviolable oppositions that delineate spaces in Afghan society. This ongoing Afghan Hound project contains this photographic series with the images being focused on the symbolism of the named society’s apocryphal conditions through an extreme exaggeration of hair. From hair’s reference to hidden sexualities in contemporary Afghan culture, she consequently posits a new form of representing the whole social geography in general by challenging the western frame on the Arab world that is often reductive due to the exclusions imposed on by that community itself.

From these tenuous degrees of accessibility Emmanuel Santos sets, within particular bucolic places, several spaces that visibly juxtapose the fictional variable of the astronaut amidst the effervescent idylls of real locations. Second Earth is a stage that foreshadows projected directions of the present into the future, which is one of current alienation to the natural world alongside the idea of reconnecting to it. In this placeless plane, what is allowed is the counteraction on the positions we occupy and the emancipatory performance that banks on the potential fot a better organization of society and everyday life.

Kidlat De Guia, whose interest is centered on the spaces falling through the cracks, presents Sakadang Bakal (loosely translated as “Metal Sugarcane Worker”) – a series on the white elephants of the Sugarcane industry in Negros, Visayas Philippines. These metal patchworks of a truck, most of which are originally from the 1950’s, carry with them the surplus of the trade as they are made to keep going like overgrown worlds. As much as they are not places per se, they exist as reserves of the terrain(s) of Negros across time. In their ramshackle state, these trucks are insisted to last as generations reinforce them with spare parts as with the historical crests and dips of the industry. This series is surely a testament to time in a way they contain lands as well, spaces closed in on themselves that are given over to the ebb of the system, and carrying with them what can be resurrected from time.

Immanent in this exhibition speaks of inheritance not as a singular channel. While it is about what was and what it has become, immanence carries with it the unrealized, and abortive hopes. The absolute set of relations and delineations would only be the surplus in which utopian residues for a new geography is shaped by what it can be and what it is desired to be.