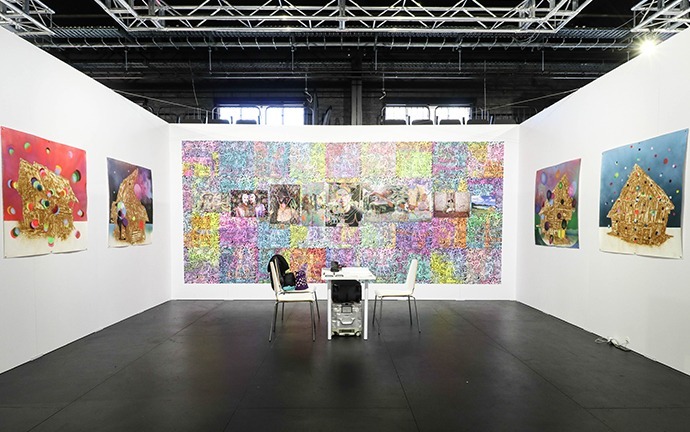 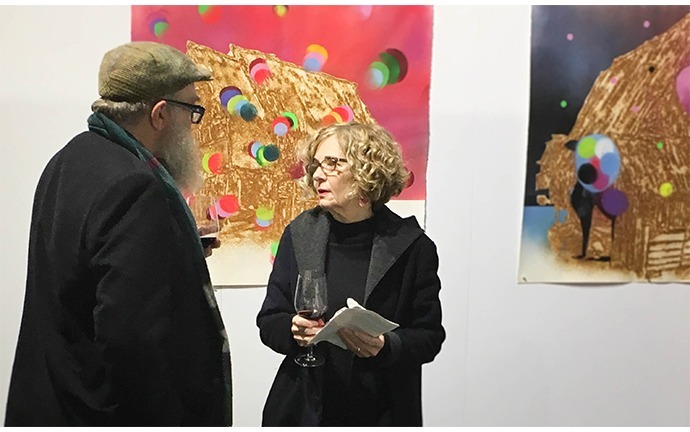 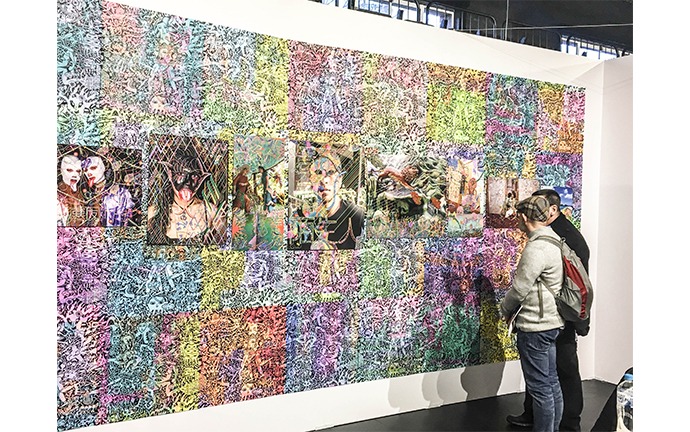 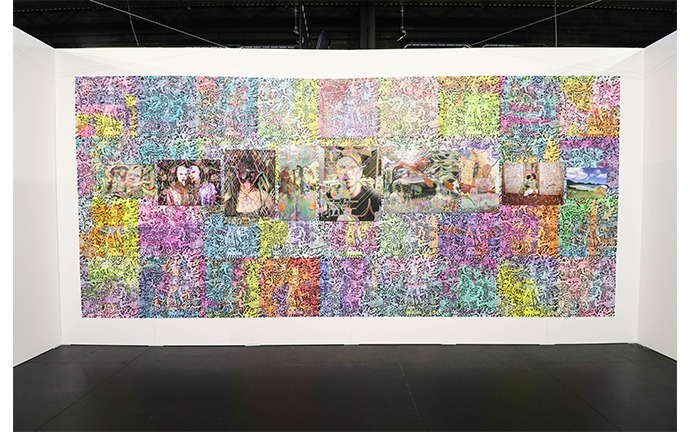 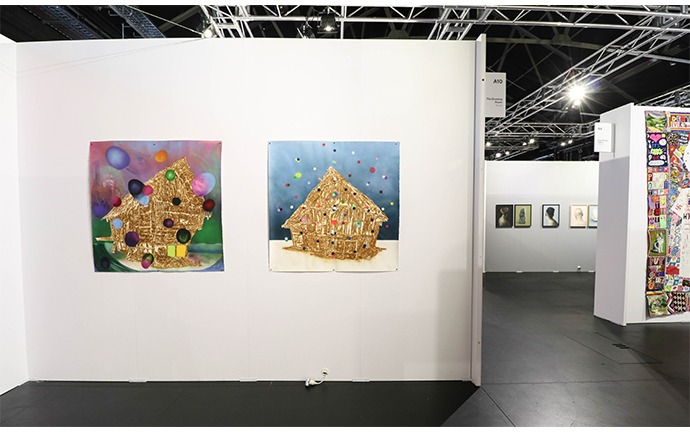 Between the Cracks, Barangay.

These are multiple images of traditional Filipino houses, much like one the artist himself owns on the island of Palawan. Such houses have an open structure, with spaces that encourage community and communal life. They are loosely put together so that air can pass through them. Between the cracks things can get lost, hostages to time and memory. A village of such houses may be called Barangay which refers to community which they contain
Pasilan made the images of the house by placing metal filings on the heavy dampened paper. Once they are removed there remains an imprint of rusty oxides, slowly branded into the paper to produce fateful shadows of red oxide, made through time, through which almost anything might circulate, any culture, any community.

The exceptionalism of western art, both modern and postmodern has long presented a difficulty for non-western artists. Whatever their chosen idiom it becomes a thematic and technical straight jacket. The challenge is to engage, to encompass the experience of the west without losing all sense of time or place. That way western modes can circulate or get stuck in the cracks without bringing the house down.

That happens in these paintings. Pasilan uses the motif, a western artefact from Monet’s haystacks to Warhol’s silk screens, to emphasise something else, the house as something organic but enduring, the product of culture through time.

One painting Daydream  presents the image of the house with only a flat but intense lilac tinted pink background like the flash of a nuclear detonation surrounding it. The obdurate existence of the house acquires an extraordinary intensity.

In other paintings such as Outpost a modulated crimson/ carmine field surrounds the house. Groups of softly sprayed overlapping roundels float flat across the surface of the painting apparently in front of the house. Occasionally as on the right hand side of this painting they appear to be circulating through its very fabric.

Of course these roundels often invoke memories of large-scale colour field painting of the nineteen seventies or eighties. It bears repeating, however, that the existential drama of these works is firmly set in space and shadow, and beyond that in the tensions of time and culture.

These paintings offer far more than the right-minded graphic decoration which fills so many Asian art galleries. They resonate with delight and destiny.

Operating on various layers of meaning, the practice of ornamentation in the hands of Dex Fernandez turns into a play of signs that collide to construct new associative concepts, where the third meaning subsequently produced illuminating previously unseen messages. Fernandez works with found images and material that he collages together to create fantastical figurative compositions, adding further to the mix is another skin inscribed with personal design, esoteric languages, chimera, and imaginary landscapes, all of which serve to create a labyrinth of possibilities.

Embroidery, collage, drawings and painterly abstractions, with an inherent understanding of the postmodern climate in a cultural context. His interest lies on the investigation of found memories and its deconstruction through transformative appropriation.


“My style is highly stylized with multiple layers of meaning. I lend a hand into associating different concepts and bring to light a third, unique message that was before unapparent. From images and materials I collage, hopefully a new endless maze-like world of possibilities take shape- staying true to my unusual personal aesthetic.”
-Dex