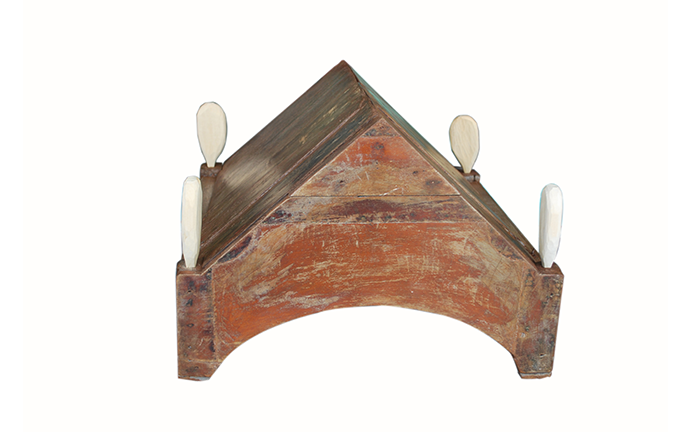 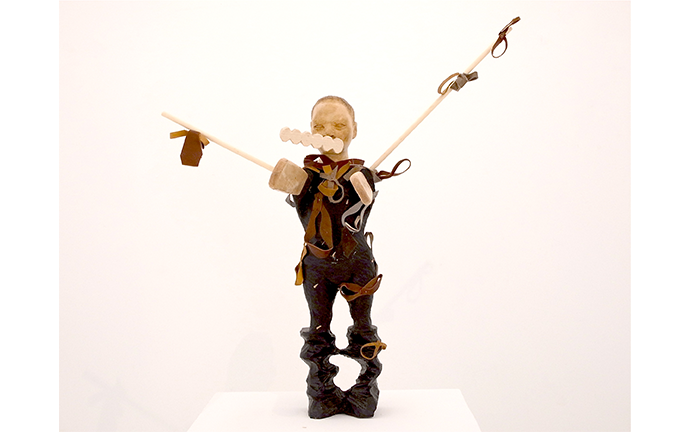 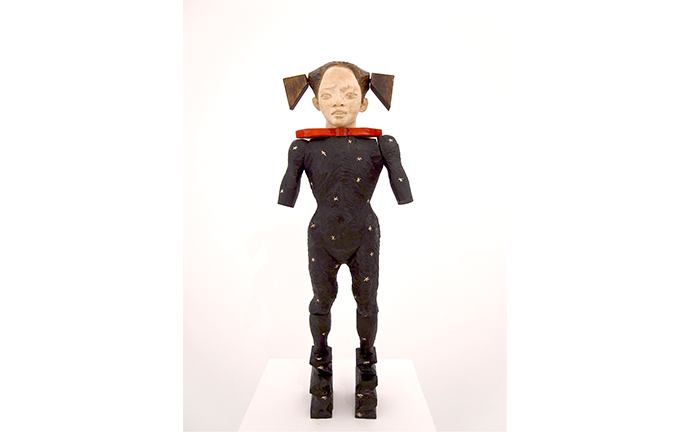 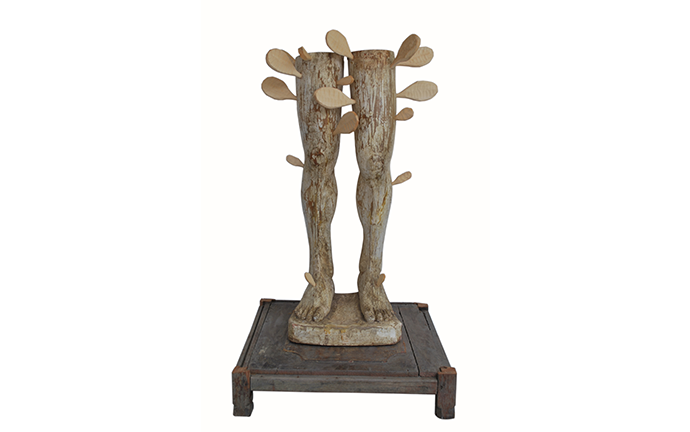 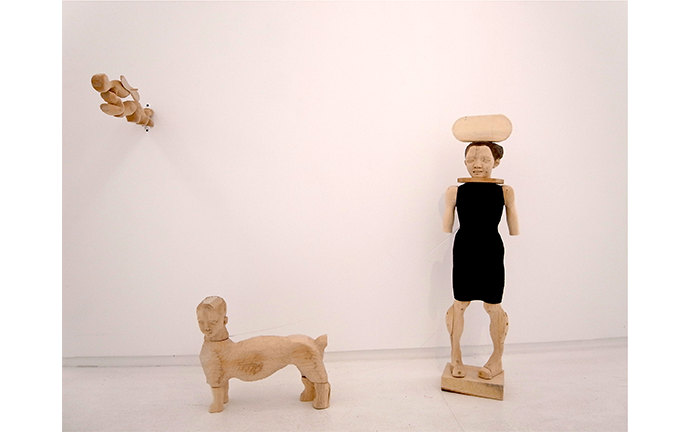 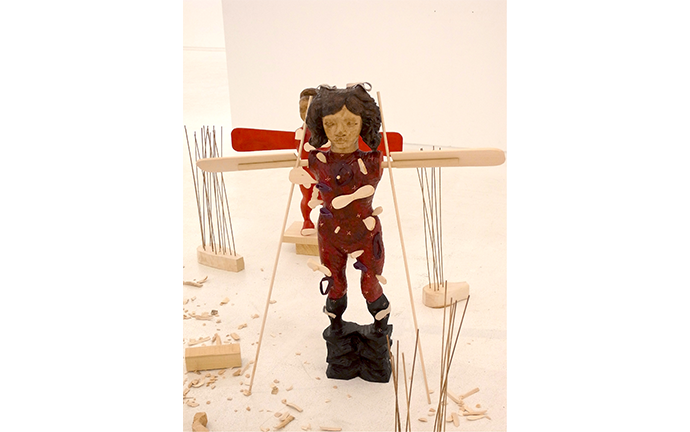 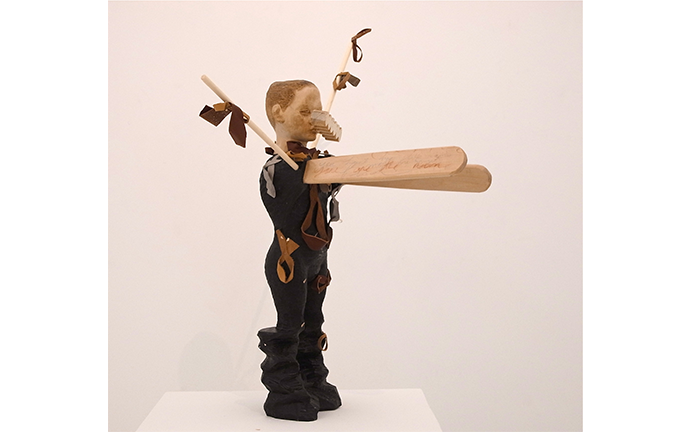 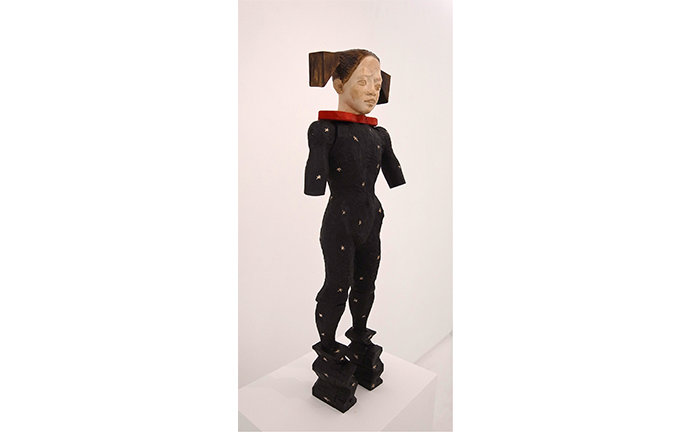 Sculpting the Psyche & the Microcosm of Social Sculpture

When the contemporaneity of artistic intention is questioned, when a body of work no longer appears to be relevant in the fleshing of a current discourse, the poetics of its practice, the spirit of its physicalization becomes the bearer of its utmost significance. Hence, the spirit becomes the body in which the ghost of materiality and historicity struggles to be contained.

“Possible Full Body Apparitions” is a collection of works that manifests the memories of the craft and rituals of wood carving in San Vicente, Ilocos Sur among which is the practice of rebulto making. In this exhibition, the woodworks are transcribed objects of the remembered subject in hopeful tonality of a practice nearing its own obsolescence. Clearly, it is both a subjective translation of an objective quest and an objective transformation of a subjective aim.

Working mainly with the images of the subconscious, the woodworks echo both the presence of a personal ghost framed in its absence and the utterly absent practice structured in the present platform of contemporary art; justifying the predominant image of the infinity sign and the propeller as visual representations of its dialectics and the need for balance – psychic or otherwise. Borrowing the words of Anais Nin in the first chapter of the book “The Novel of the Future,” she states that: The important thing to learn, from art and from literature in particular, is the easy passageway and relationship between the levels of consciousness. She continues by ending the paragraph with: …learn to walk easily between one realm and the other without fear, interrelate them, and ultimately fuse them.

However, this valiant fusion and interrelation need a directive notion to delicately locate the individual in his/her social condition, situating the craft of woodcarving in its contemporary environment, highlighting the dichotomy of the subconscious regarding the self and others.

Carl Jung defines this duality as the “personal unconscious” and the “collective unconscious.” The personal unconscious portrayed in the woodworks relates to what Jung calls as the “objective psyche.” Hence, the inclusion of poetry as a metanarrative. This relation, this connection, is reverberated in the poetry around the exhibition, ambulating curatorial patterns of movement for readership, for interdisciplinary and participatory conception. Poetry is used here as a resonating element that transforms the idea of sculpture, a microscopic practice of what Joseph Beuys calls the “Social Scuplture.” This performative depiction of Bueys concept dwells on the importance of both artist and audience in art production, blurring the fine line that divides them; as it also blurs the line that separates the writer from the reader, in search for meaning and/or meaningfulness. To quote Beuys from a 1969 interview with Willoughby Sharp: Everyone is an artist. If I produce something, I transmit a message to someone else. The origin of the flow of information comes not from matter, but from the “I”, from an idea. This point of view elucidates a paradigm in which every decision, in this case every production and every interpretation, is an attempt to make or contribute to a work of art which in the end is society.

In “Possible Full Body Apparition,” the chisel serves as equilibrium of the psyche as it becomes a conscious tool for articulating an object of the subconscious, making the sculpture nothing but a poem rendered in wood; so much so that poetry rendered in a specific conscious diction, carefully chosen from the mass of words in the subconscious, is nothing but sculpted language. In this exhibition, both mediums acknowledge the power of the subconscious in the conscious acknowledgement of the powerful act of balancing all bodies and all ghosts in all texts and textualizations.