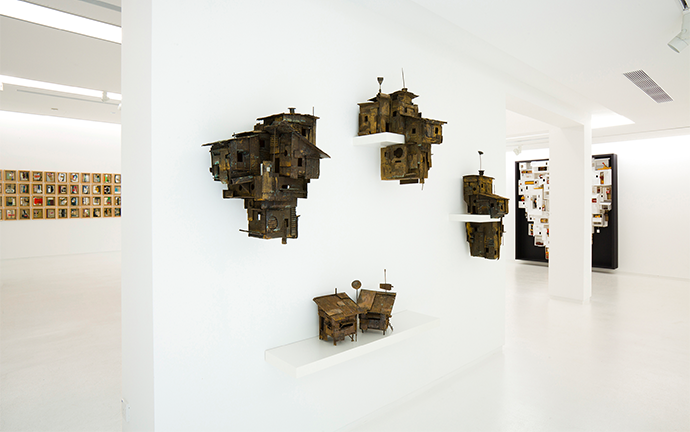 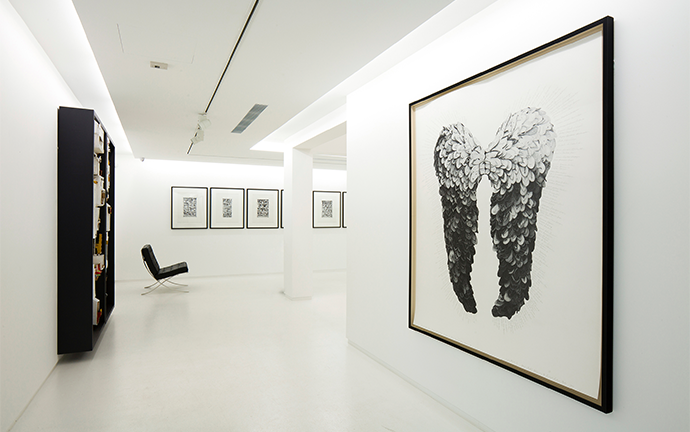 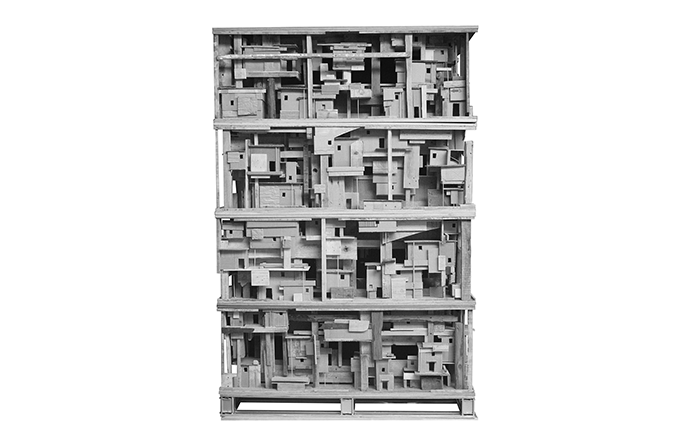 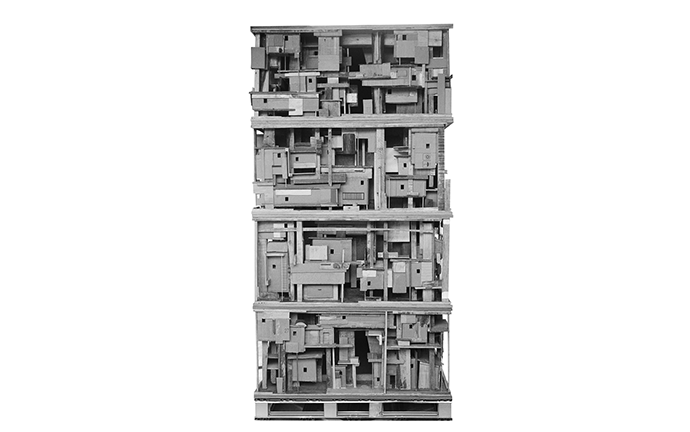 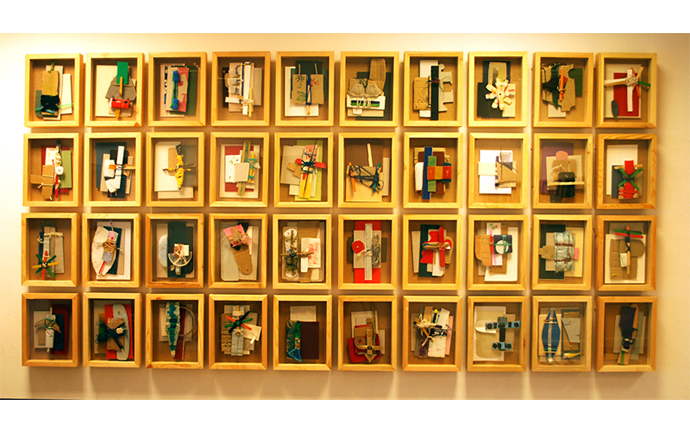 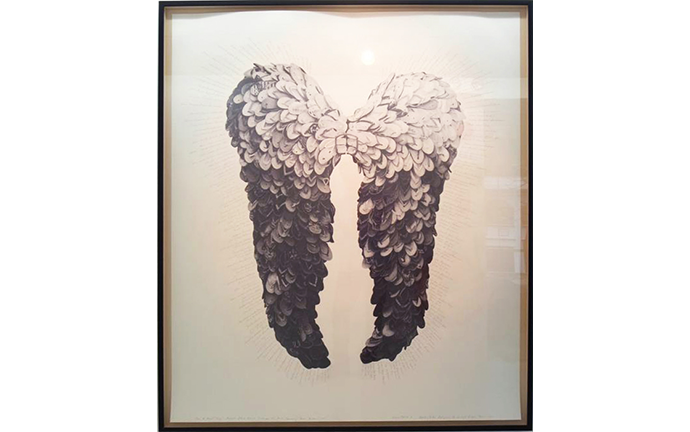 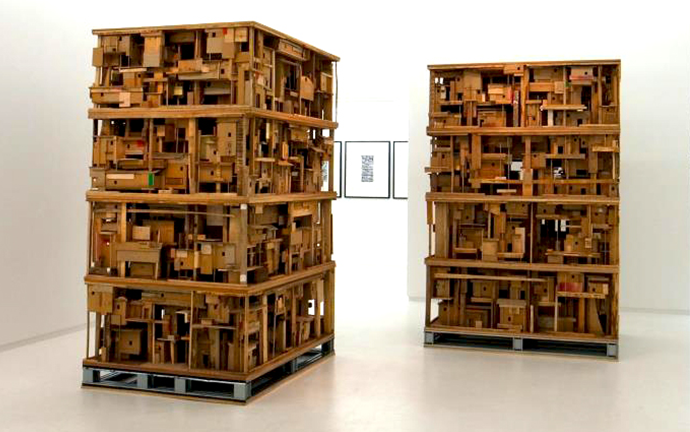 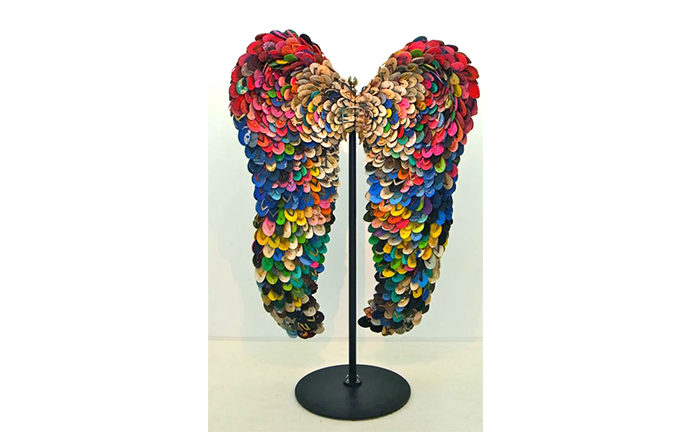 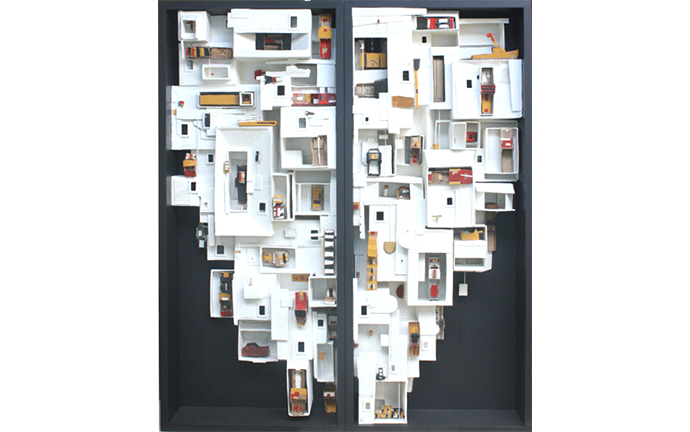 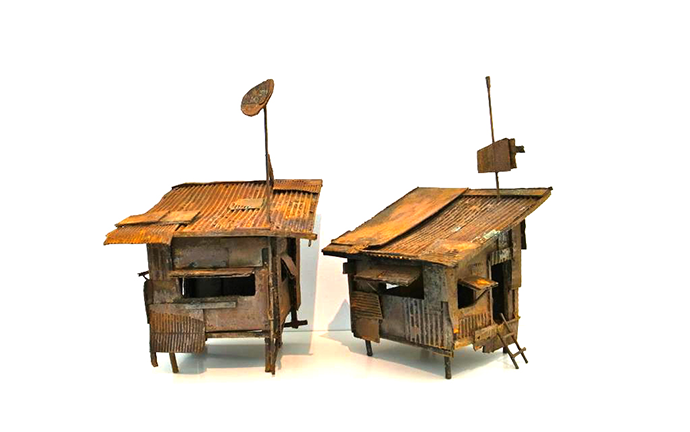 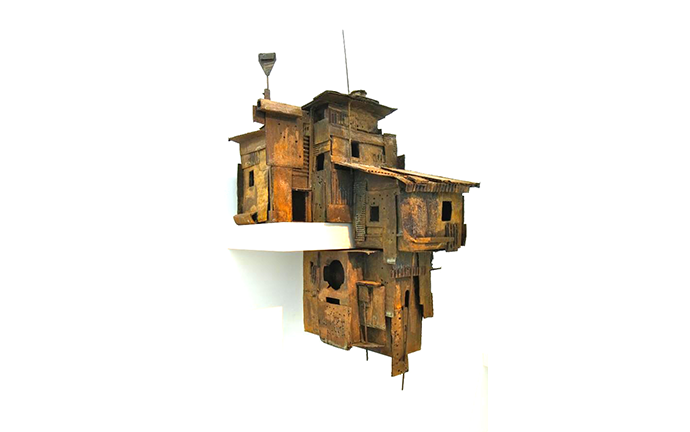 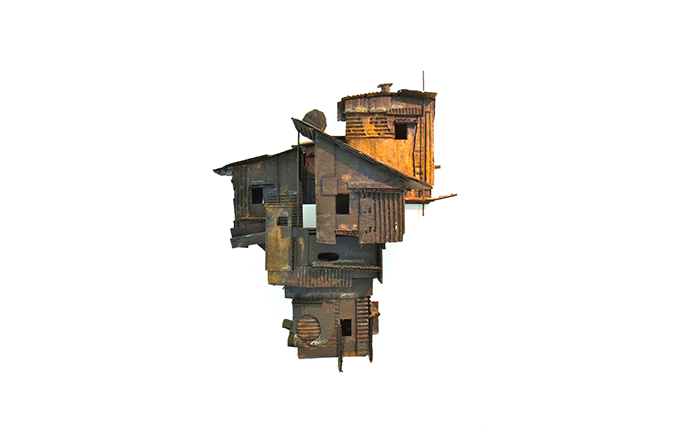 In PROTOTYPES, husband and wife Alfredo and Isabel Aquilizan turn full circle on works and ideas they have been developing at the dawn of their artistic tandem. They represent the sort of identity molded in the manner of hyphenation – geographically, socially and artistically. Because their lives were a matter of displacement and mobility that surfaces in the themes that surround their work: repatriation, ephemerality and the contemporary language of engagement. In the same light these themes further resonates through the format of vernacular aesthetics as well as pastiche as the product of making do in the conditions surrounding the locality where they set their temporary base in.

We remember how they made sense of their itinerancy apart, and together, in the exhibition PROTOTYPES. The works for this exhibition continue their investigation of place in situating itinerant and transient identities for Project: Another Country. Made in and gleaned from the Aquilizan’s charmingly named (notional) studio – Fruitjuice Factory Studios – the works in PROTOTYPES also result from artefacts of installation projects and fragments of art pieces being developed, this experimentation of previous works mirroring their practice and subject of returning. Their projects are an archive not only of the Aquilizans, but also of their works. This is Project: Another Country redux.

“Artefacts (After Flight: Project Another Country)”, for instance, recalls the Aquilizan’s project commissioned by Queensland Art Gallery for the 6th Asia Pacific Triennale in 2009 where the bigger installation involved approximately10,000 airplanes handmade in workshops with immigrant and local communities of Queensland, Australia. This particular project spanned three years of work and has taken several versions in different institutions in Australia and Singapore. In “Artefacts” the Aquilizans reconfigures these models and in the process rearranges, to a degree, the imprints of their original creators from the first version of this work. In doing so, what is potently contained within these framed and fragmented assemblages is the shifting life of Flight. Similar to this process of rearranging the by-products of workshops in regards to an institutional commission is “Passage.” This diptych incorporates the DIY boats made by school children and participants of a migrant demographic in the interactive installation in Tate Liverpool for the 2010 Liverpool Biennale.

While these two works engaged experiences of hyphenation (through immigrant collaborators), the Aquilizans also touch upon a certain identity rooted on ellipsis – broken off and with impressions of being unable to move forward. In this idea can we observe the artists’ immersion to another demographic impressed with marginality. “Last Flight” was conceived in 2009 and to an extent it is again relational, framed within activities of immersion and a workshop program (but not in the dimension of interactive installations). The collected (used) slippers become a token to this loaded engagement that involved the present conditions of a particular community and the possibilities that would shape it. The communities that marked “Last Flight” are communities that are, on the surface, situated on a stalemate but deriving an impression of hope that can only be borne out of being in that position – far-flung municipalities in Northern and Southern Luzon (Philippines) as well as the Correctional Facility in Singapore. Those generous of their synecdochal existence in the used slippers that constructed this work are given citation in the work “Wing” – a drawing on print that is part of the Aquilizans’ body of works. “Wing” evokes the imagery of “Last Flight”, taking this conceptual process of moving ideas and, in this case, imprints, into another form of life. From the marginalia of particular demographics, the artists move on to the marginalia of the populous. “Transportables (After In-habit: Project Another Country)” with its reference to the towering and ever-growing building of a settlement in Quiapo (a place considered to be one of the underbelly of Manila), is a statement of a different kind of hope, one that is active and snowballing in height. Only can this be achieved in a tension of dystopia and utopia, and a motion of building that has immediate need as its blueprint. This form of “organic architecture” contrasts the planning of megacities as it grapples with dichotomies of growth in the fixture of temporary settlements versus signifiers of economic development. “Transportables” shows how the ellipsis functions as a discontinuation but also as boundless motion through the strata of different communities.

In this archive of projects in their body of work, Alfredo and Isabel Aquilizan have created an iconography out of these organic configurations that they refer to as vernacular aesthetics based on the place where they produce each piece. With their reference to other projects the new works are but versions of themselves, reflecting on their focus on cultivating a depth that is in relation to accumulation within the language of their materials. The artists work towards permanence with impermanence and PROTOTYPES presents to us that in the grand scheme of working for hope is hope at work.