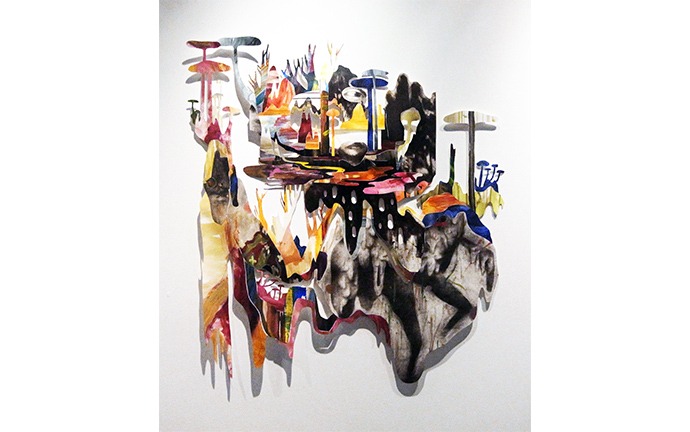 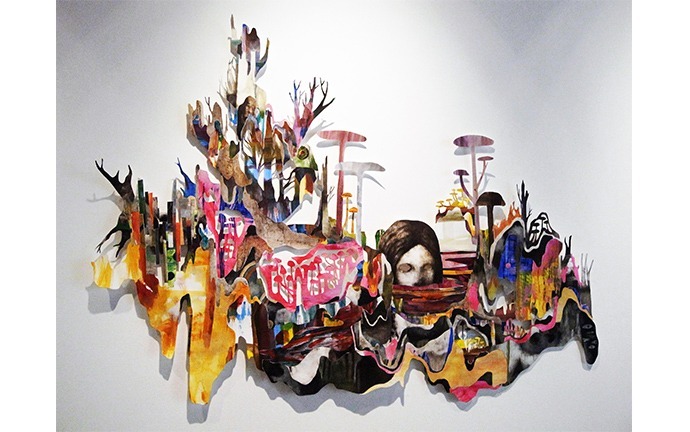 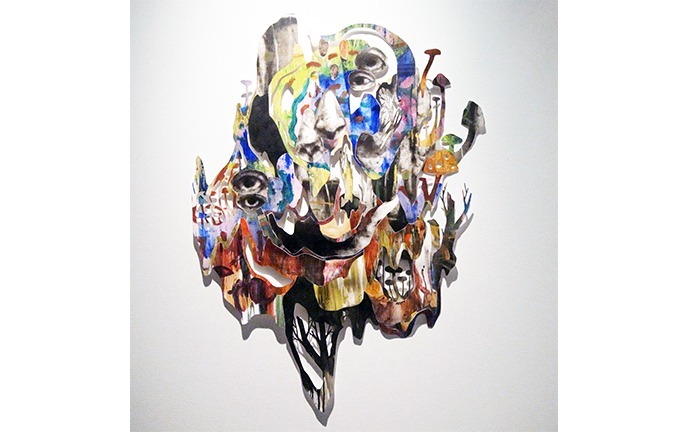 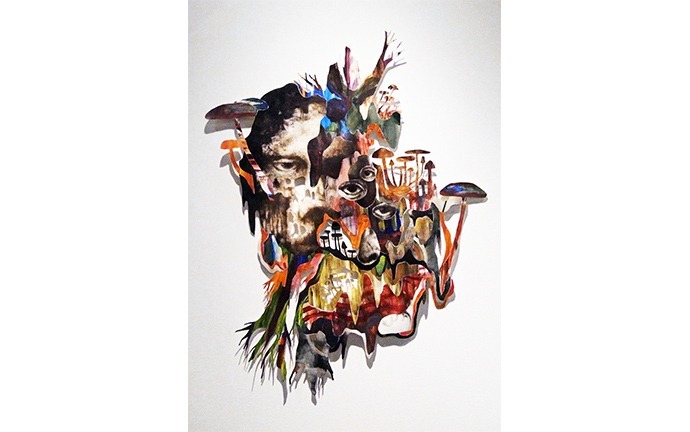 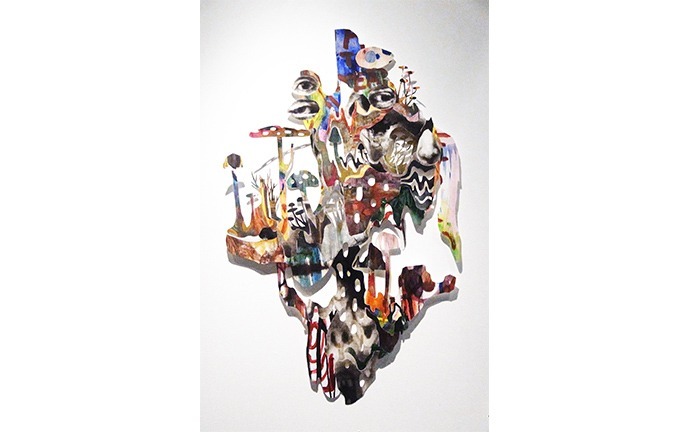 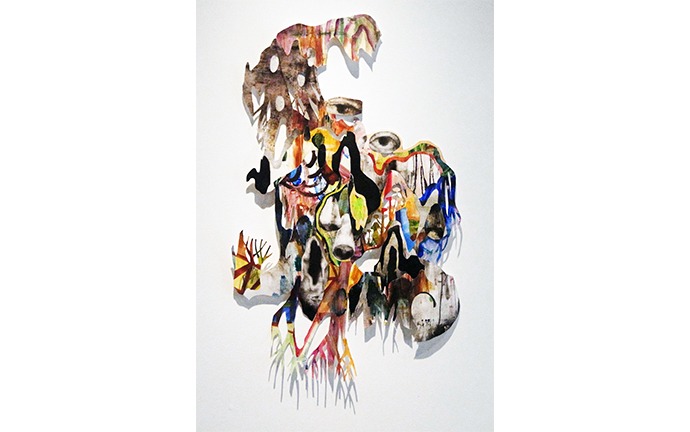 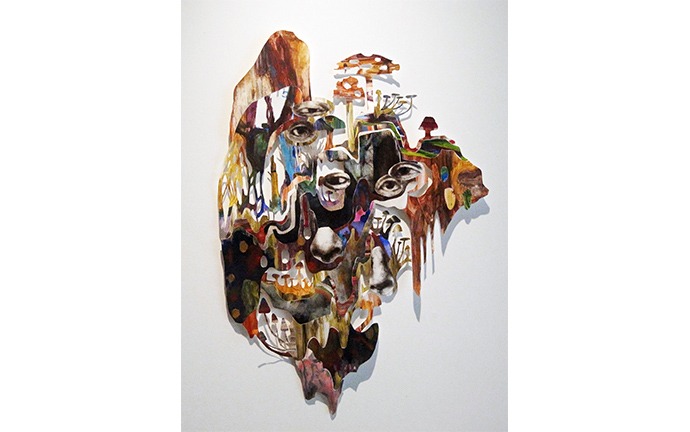 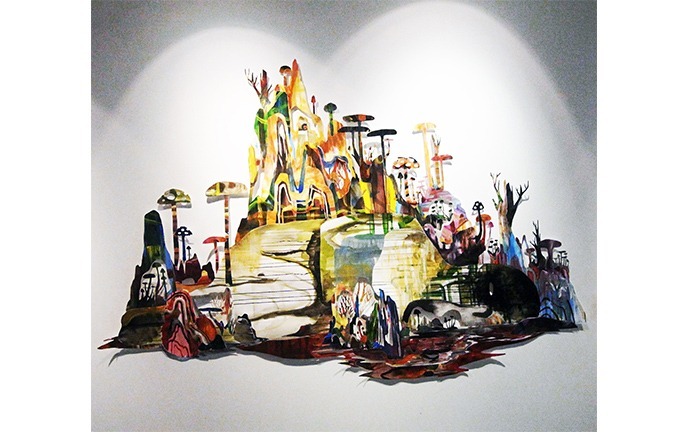 Scavenged from previous paintings, Troy Ignacio cuts canvas and paper, reworking scraps into new forms. Each piece is meticulously chosen and set into a visual narrative, a montage of personal experiences and recent events. This exploration of the notions of meta-data started with his Re-Con series, first exhibited at this year’s Art Fair Philippines and continued within a group show in Bazaar Art Jakarta. In his work, Troy delves into the topographies of information and the process of its configurations and re-configurations.

Re-Con: Utopia perches itself on a single layer, tangible and arresting. The works beckon one’s sight to navigate the expanse of its surreal terrain. Shapes and figures morph into phantasms of flora and fauna hidden within landscapes. Peeking from the colorful undergrowth, mushrooms, trees and faces fade in and out between shadows.

These organic locales weave a narrative of the ideal, the ”utopia” that encompasses a universal desire and direction towards perfection. However, unlike the grandiose visions one associates with the word, these emerge as microcosms – self-contained and palpable. Through a substantiate reconfiguration of their elements, they are rendered corporeal.

Manifestation, subsequently evolving into construct. In this exhibit, Troy Ignacio presents utopia not as an apparition but a state to be built upon. Rather than ambiguity, it reaches for result – the process of which gives birth to a charged narrative. Akin to a puzzle, these pieces realize an image, a semiotic whole. They do not fall into place; rather, they are deliberately arranged. This gives rise to the creation of the meta-narrative: dictated by and fashioned to one’s liking.

What is not important is discarded and replaced, what is ideal is materialized.