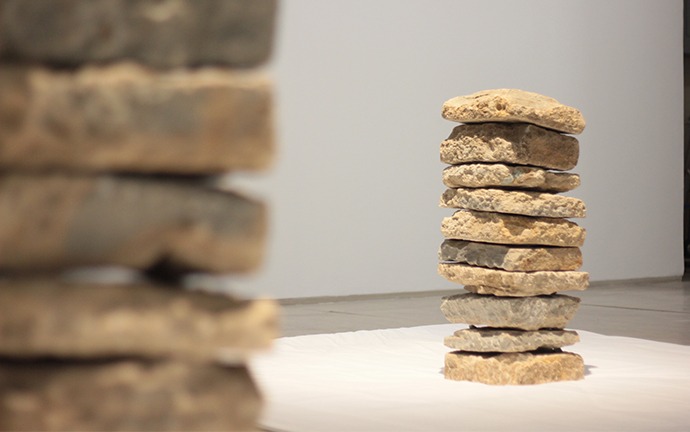 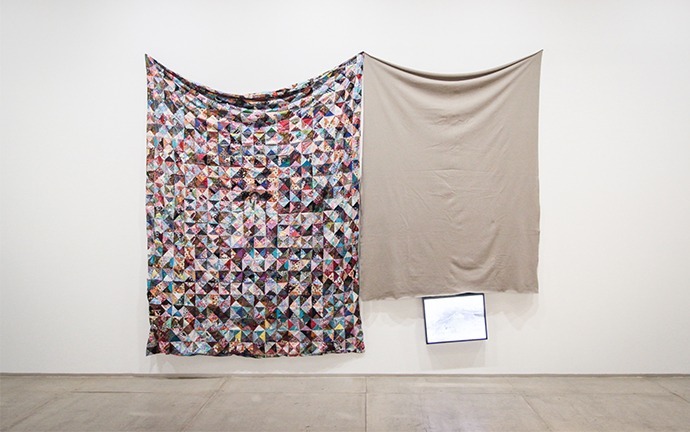 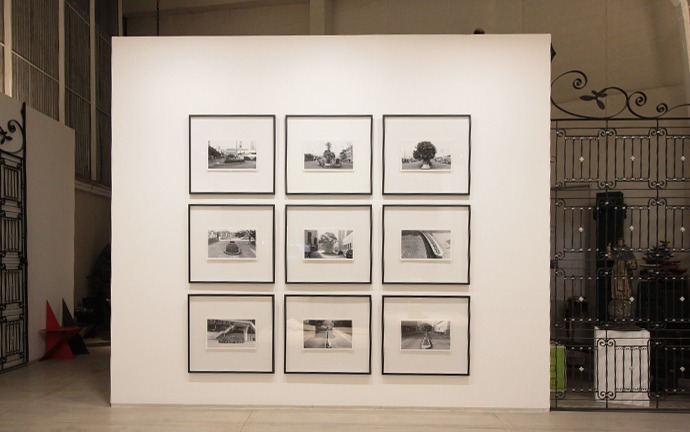 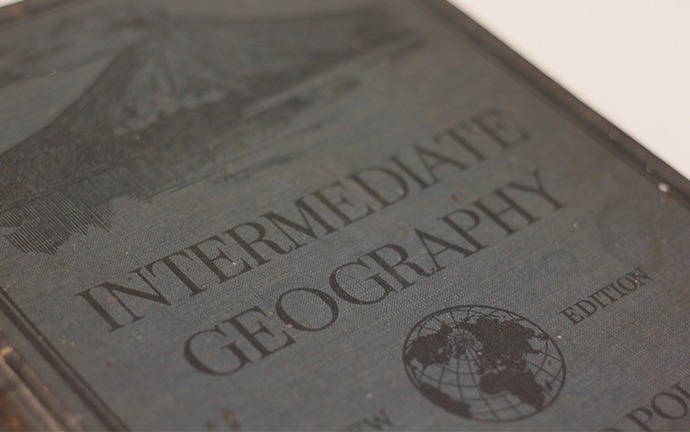 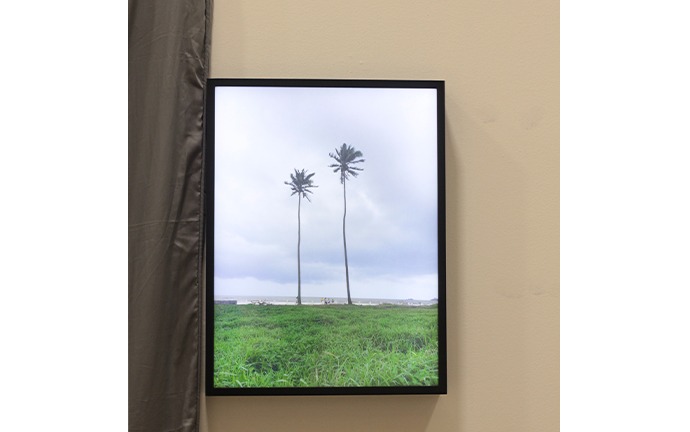 
Ringo Bunoan’s solo exhibition Map Drawing and Recitation is a collection of exercises on charting physical and psychological geographies. The title refers to a section in the book Intermediate Geography, a textbook used by fifth and sixth grade students in Philippine schools during the American occupation. Through photography and assemblage of found and commonplace objects, Bunoan contemplates on ideas of place, territory, temporality, spaces that dwell in our bodies and how we inhabit space.

The exhibition recalls Bunoan’s Islands, an earlier series of black and white photographs of road islands taken in and around her city of residence in 2013. Some of these structures no longer exist, which attests to the shifting and arbitrary nature of architecture and its effect on how we move in space. It also reflects the current contestations over islands in the West Philippine Sea and the eventual disappearance of many islands all over the world due to climate change.

A new trilogy of works – Intermediate Geography, The Gift, and The Weight of Difference – intimates amorphous psychic states and personal landscapes. Using blankets and objects mostly culled from the artist’s own home, the works take off from the idea of a weighted blanket, an object meant to ease anxiety and help us sleep. Presented like coded private depositions, at once calm and uncertain, they evoke as much as they obscure the uncanny and the unspoken amidst the familiar and the everyday.

The intersection between land and the body is also implicated in another new work – a silver plated plumb bob engraved with its title Navel. Created specifically for the gallery’s display window, it is presented on a black pillow like a piece of jewelry for viewers to gaze at through a glass divide.

In Study for a View, Bunoan shifts her gaze to the exterior world and proposes a large-scale environmental work involving the unrolling of a stream of reflective paper on a mountainside. Initially conceived for a public art festival in the Cordilleras, the project reimagines nature and our relationship with it. By creating a temporary intervention with the landscape, Bunoan highlights transient utopias and other fragile ecologies.

Ringo Bunoan works with objects, installations, photographs, and videos to explore the possibilities in readymades, histories, sites and situations. She examines the physical and metaphorical dimensions of her material while addressing everyday personal and collective experiences in the context of larger social, cultural and historical issues. The ephemeral and makeshift quality of her work underscores an alternative practice that reflects on the ruptures and ruins of contemporary art and life.

Bunoan received her BFA in Art History from the University of the Philippines in 1997, and taught at the UP College of Fine Arts from 1997 to 1998. From 1999 to 2004, she led Big Sky Mind, an independent artist-run space in Manila. From 2007 to 2013, she worked as the researcher for the Philippines for Asia Art Archive in Hong Kong where she initiated special research projects on artist-run spaces and pioneering Filipino conceptual artist Roberto Chabet. In 2010, she co-founded King Kong Art Projects Unlimited in Manila, and was one of the lead curators of Chabet: 50 Years, a series of exhibitions in Singapore, Hong Kong and Manila from 2011 – 2012. In 2014, she co-founded artbooks.ph, an independent bookstore in Manila focusing on Philippine art and culture. She was the chief curator of the first Manila Biennale: Open City and the exhibition The 70s: Objects, Photographs and Documents at the Ateneo Art Gallery, both in 2018. Her work was recently included in the survey exhibition Sunshower: Contemporary Art from Southeast Asia 1980s to Now at the Mori Art Museum in Tokyo in 2017.