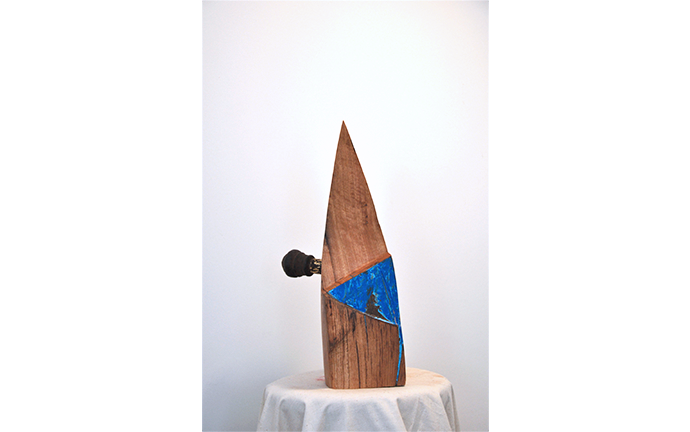 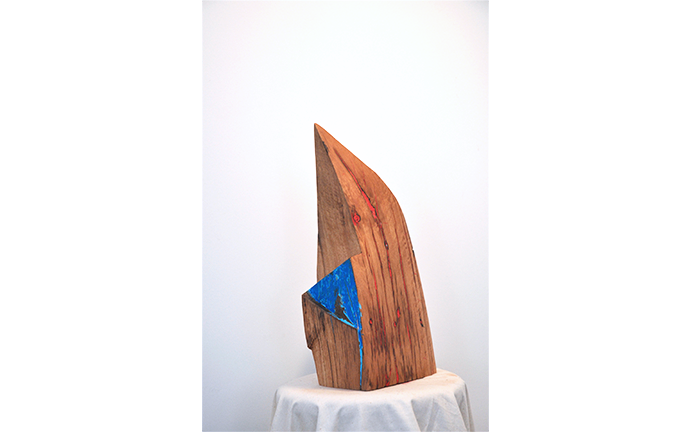 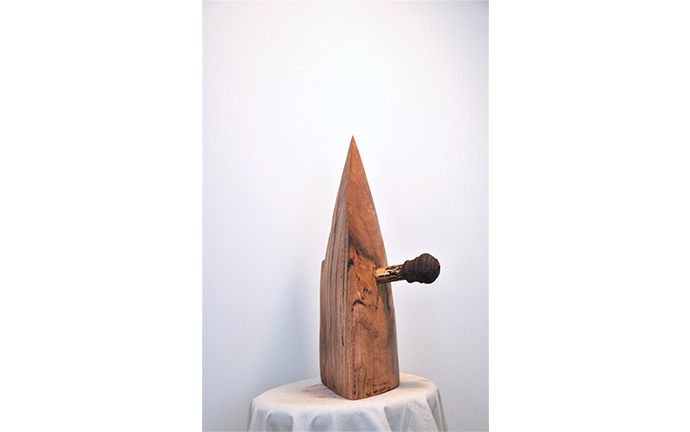 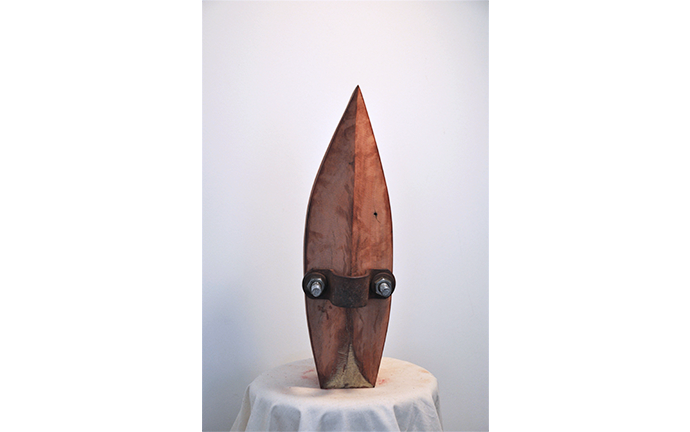 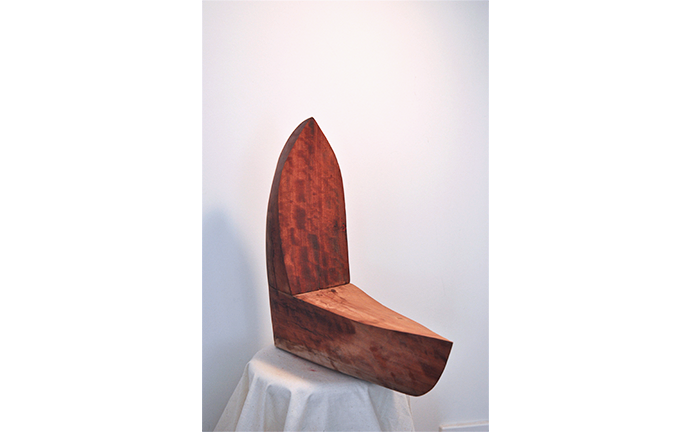 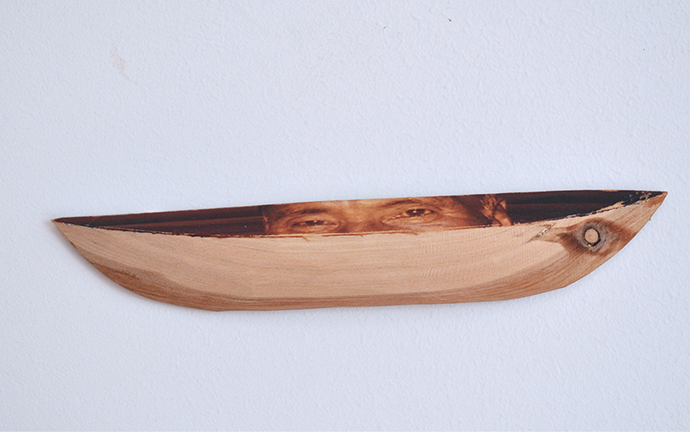 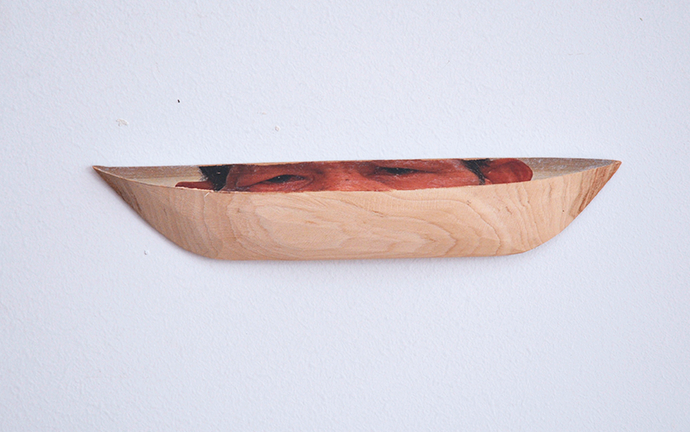 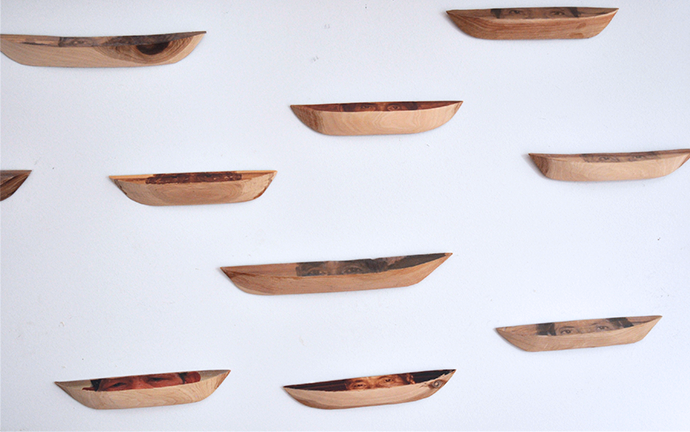 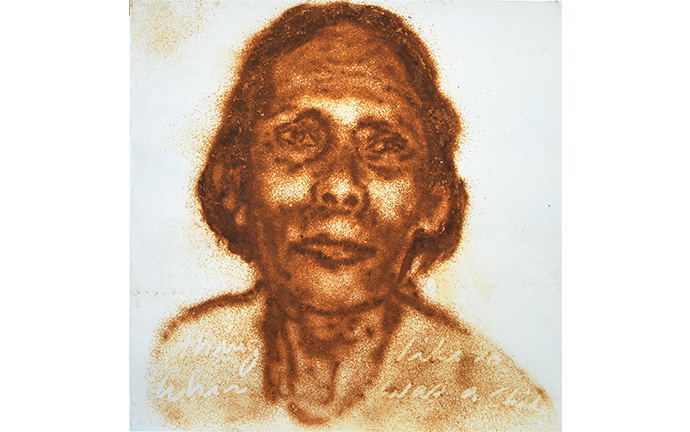 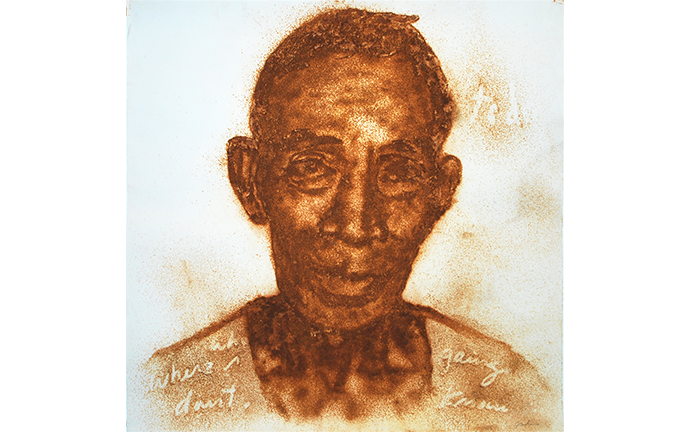 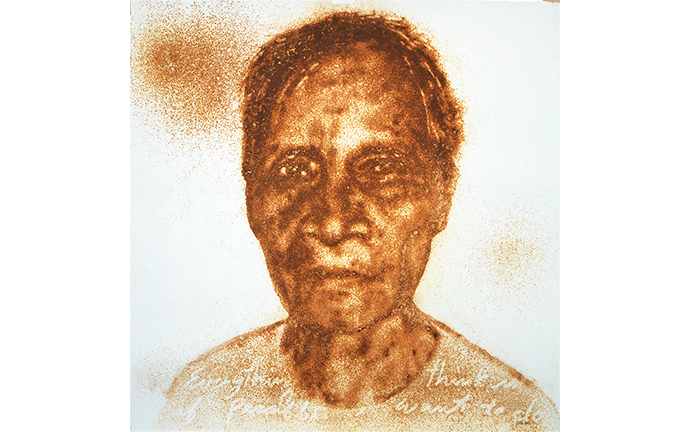 Instead of celestial navigation, Filipinos “navigated by piloting – that is, by proceeding from one landfall to another…” as William Henry Scott described in the booklet Boat Building And Seamanship In Classic Philippine Society (1981). Judging the location of clouds in the horizon and the ocean currents towards shoals, this form of maneuvering becomes telling of an islander’s ultramar. In this light, off-the-shore in the context of sailing by most Filipinos may mean close to the shore. More apt perhaps would be: with the confidence borne from the sight of the coast comes the confidence to be carried by the sea.

It is this that Diokno Pasilan revisits as prompted by objects of his immediate vicinity in Australia where he currently resides in. Almost four thousand miles away from his hometown he picks up on found objects that trigger a channel of association back to a personal history founded on mobility and a community of construction and senescence in the Philippine islands. In this instance a post from a dilapidated fence in Ballarat, Victoria, recalls an image of an abandoned boat in a landscape for him. His vertical sculptures come from the correlation to the bows of ships, steering us to discover the boat building tradition of his childhood in the Visayas, Philippines. The artist’s grandfather was of the Rafols family in Sagay, Negros Occidental. Eminent in their ways of constructing boats locally known as sakayans, the Rafols traced their self-taught practice becoming a craft to the Japanese occupation. Eventually moving to Bacolod City, their business flourished with commissions from Chinese and Filipino enterprises until the demand for boats declined causally with the supply of wood to make them. In the midst of this history the boats owned by the family served as a explorative site of play for the child Diokno who was then tasked with carving the names on the saog, the newly fabricated boats that were finally ready to be launched at sea.

Since then the concept of being an “islander” to Diokno was developed into a migratory one. As the stage designer for the band Asin, he toured with them for five years on a boat around the Philippine islands. This has allowed him to interact with locals from different shores connected by interisland channels, bound by traditions peculiar to their communities and at the same nothing but variations of each other’s lore and every day practices. Such is the case of his “Gantangan” series where Diokno makes use of the measuring tool for rice and dried goods particular to Filipinos outside urban centers.

Privy to their lifestyles, the artist also portrays the general human condition that remains alive to these islanders – their days stretching out further than cosmopolitans in the building of their villages and eventual decline that one another can’t help but witness. In the slower pace of lifelines, the inhabitants of these seaside people are a testimonial that mortality by the sea may lose their sheen but transforms into something else. Existence, oxidized with saltwater, retains as rust – as with Diokno’s series “Kinalawang na Larawan” (translated as corroded images) where he forms portraits out of iron dust.

In 1998, after a four-year stint as the residency coordinator for the Australian Centre in Manila, Diokno moved to Perth. Living in Australia and finding objects made in local wood redefined his art practice. From there he rebuilt his personal history, autopiloting creations that take the image of boats. This exercise in memory and association comes into play in the exhibition S/V Locomote. As an international maritime prefix, “S/V” stands for “sailing vessel” while “locomote” adds to the essence of all boats – that they are made to proceed and eventually, to return. But in the case of Diokno’s quasi-survey of the major series of his art practice: the flotsam of memory drift towards you like dross washed ashore, settling in the sand – missing pieces that they are, lost from their original everything, only to trail away again when the bank overflows.