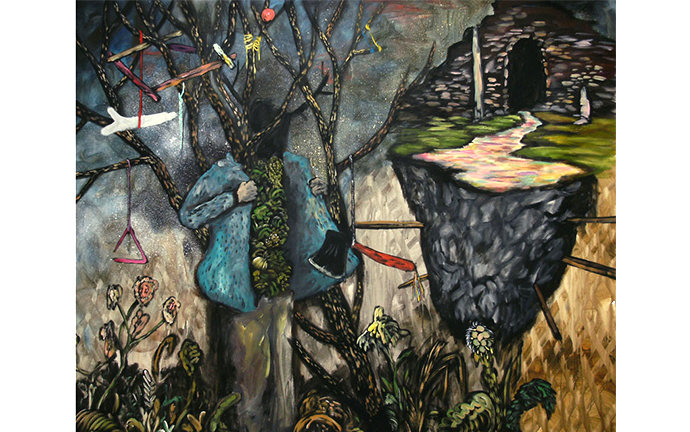 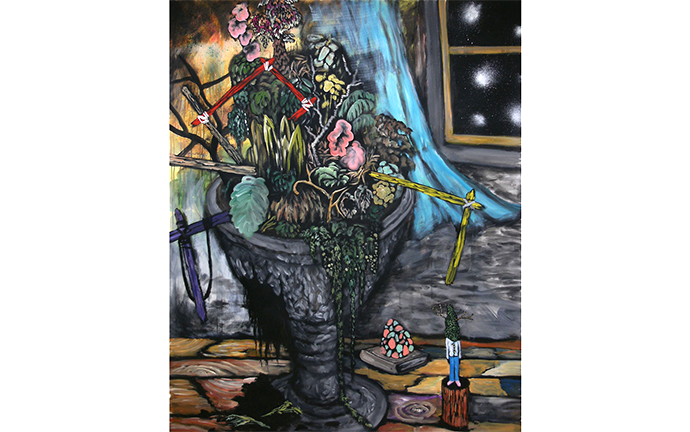 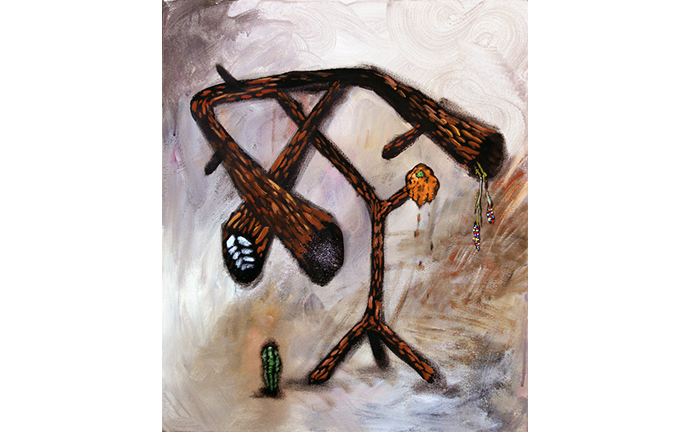 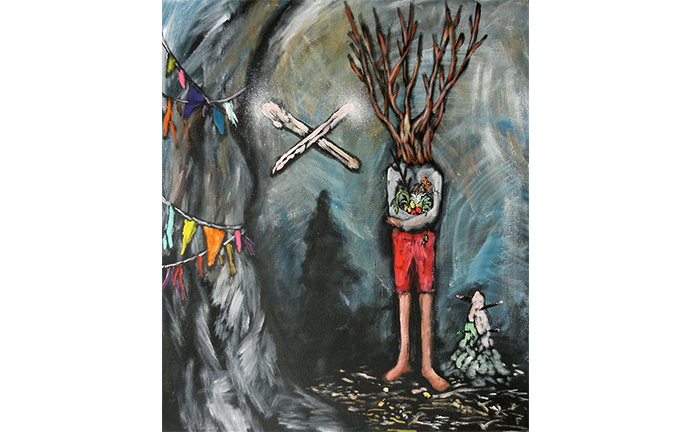 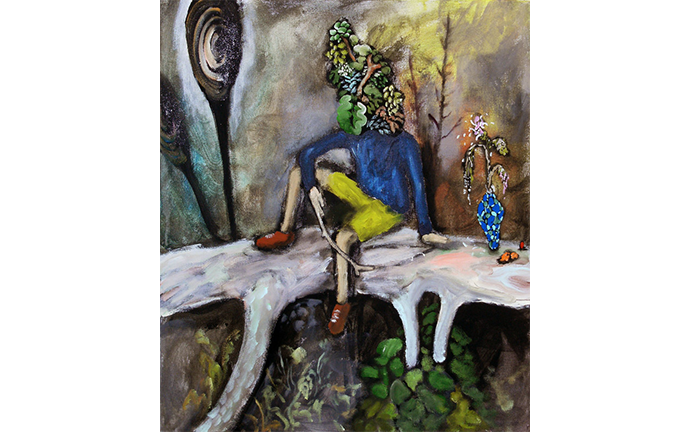 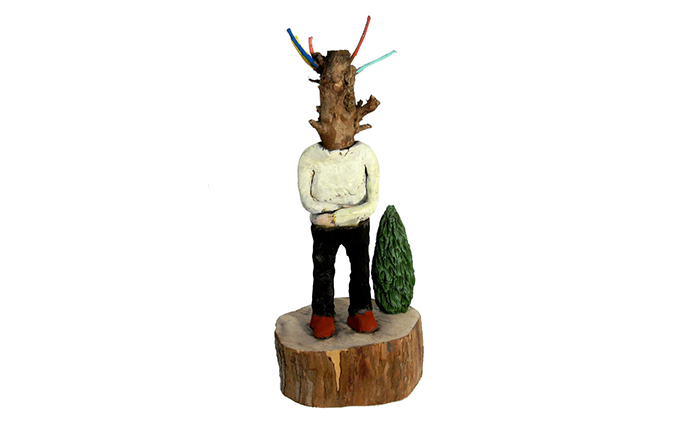 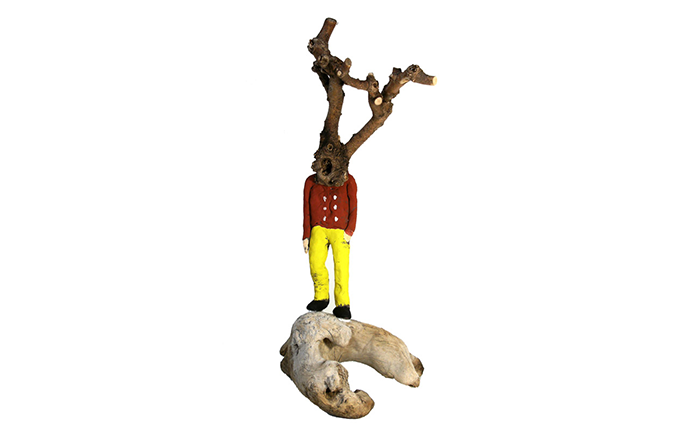 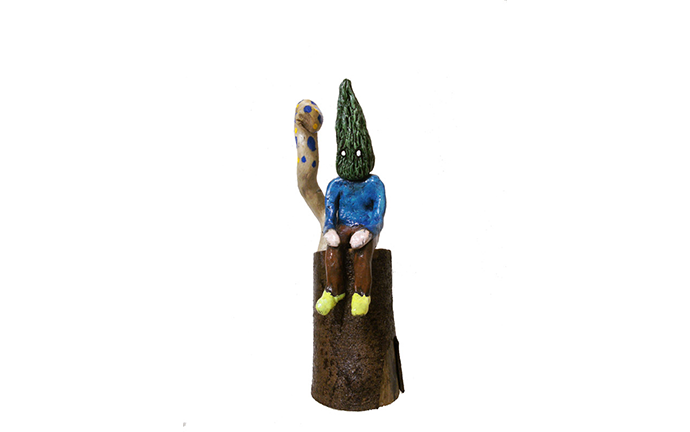 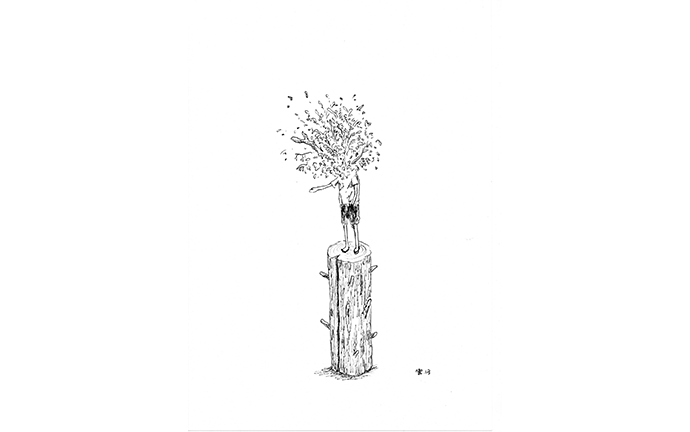 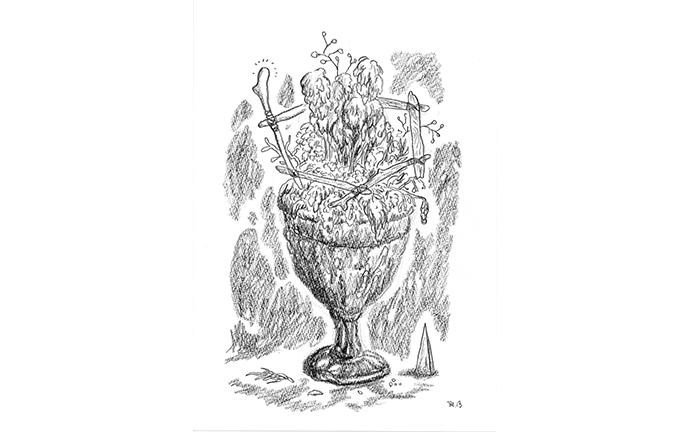 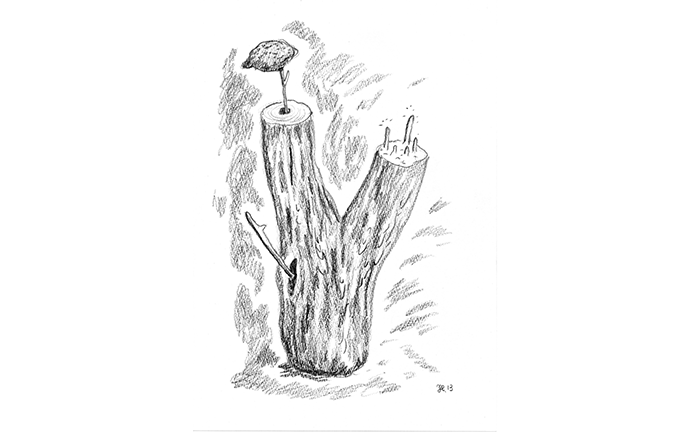 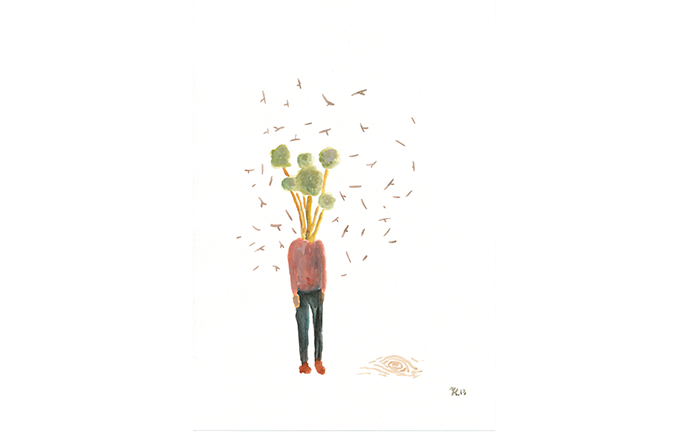 The garden is where Yuichi Hirako began his investigation into the relations we have and hope to have with Nature. In 2009 he decided to undertake the memories he’s had of an actual garden – its impression of sentience – and regulates this experience into an artistic language that negotiates a deeper inquiry into man and nature. Over the years he articulates this original “dualism” in singular adventures of and between anthropomorphic plants and plant-like human figures. Because the sequence of tableaux falls short of the flux inherent to his subjects, Hirako executes painterly gestures and multiple horizons that are urgent and synecdochal to the capricious, simultaneous motions of how we live in nature.

Developing his logic to this phenomenon, The Thick Forest not only portrays how we live in nature but also how the natural world lives in us. Hirako achieves this in his portraits of place and Men in-nature. In this series of new works, subjects betray hints of posing as opposed to the artist’s former characters uniformed in the conquest of flora and seized midway through a journey. Hirako moves forward in his inquiry and also in his storytelling devices by addressing other elements of the narrative. While his previous figures stand as actors to an omnipresent world of vegetation they have now come of age in it, fixed in a certain individuality through gestures of confident “retirement” amongst nature.

The Thick Forest provides a stronger sense of bounty, as if the natural world has now spilled over. We reckon portraits of delineated places – areas that have gone through a degree of domestication. As with a garden, these occupy a bigger space at the same time they are situated separately from it. The core of Hirako’s problematique is about questioning the idea of “breaking-in” nature in order to make space for it. And if nature is imitated (and for what gains), is nature manipulated? The artist offers to parley with this conflict by proposing a co-habitation between these two spaces. The landscapes of the garden and the forest dissolve into an excessive whole without losing the definitive marks of their boundaries. This is achieved in the inversion of containment – that while a section of a forest can be uprooted, its conquest also allows it to grow over these thresholds.

In The Thick Forest, Hirako opens these questions up through a tight survey of a practice that encompasses painting, sculpture and drawing. He presents to us that the inquiry into nature is a narrative as mercurial as how we settle into it. Its familiarity and return may as well be a passage in circular time and whichever enterprise exacted to the natural world will only prove to be a misnomer.