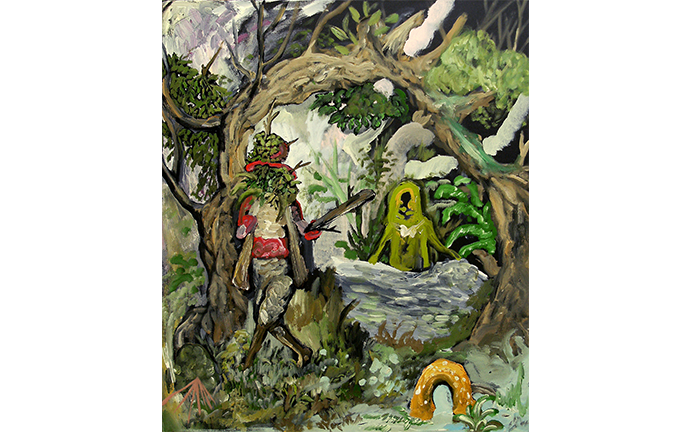 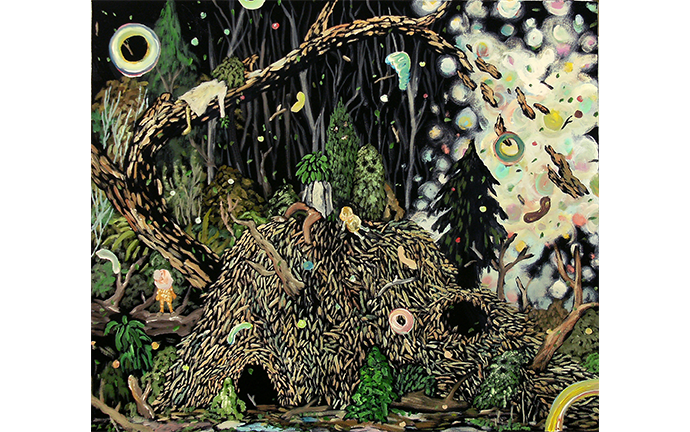 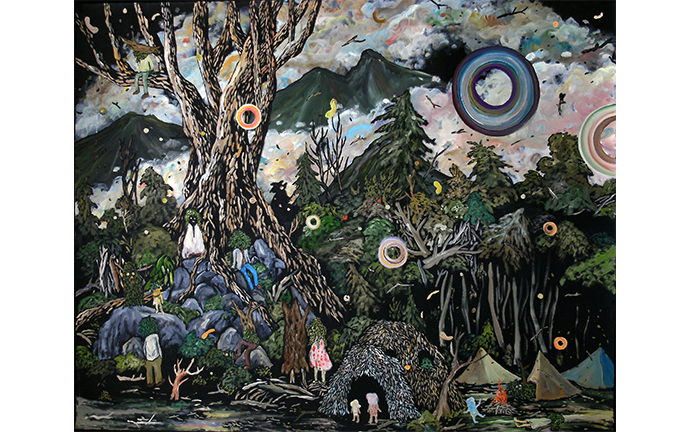 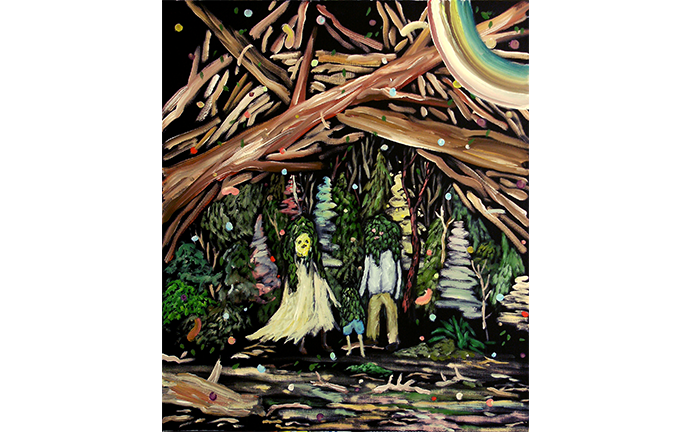 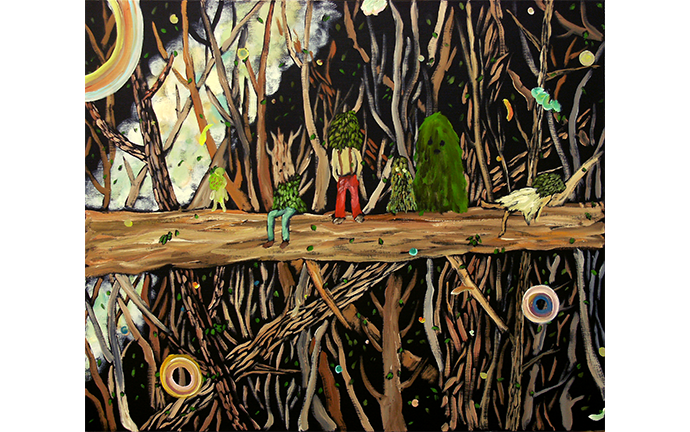 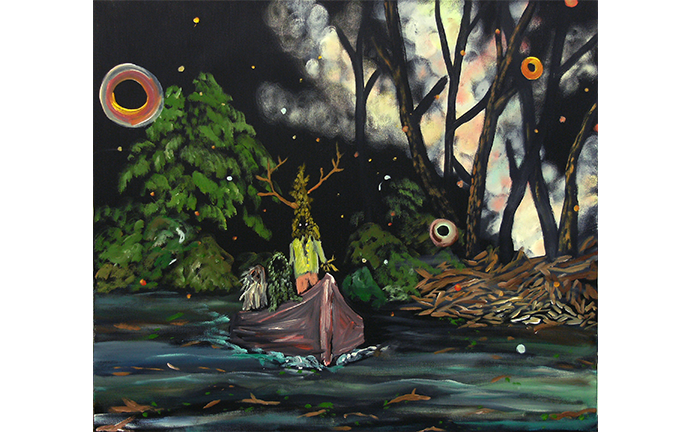 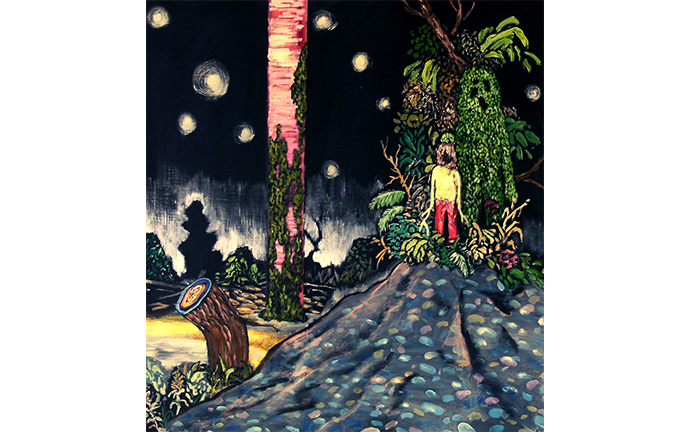 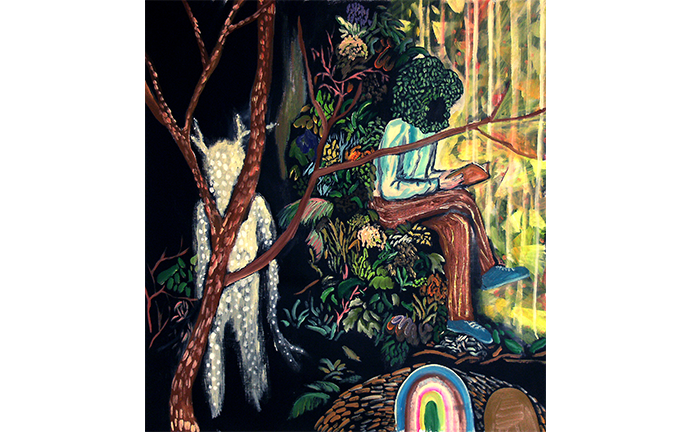 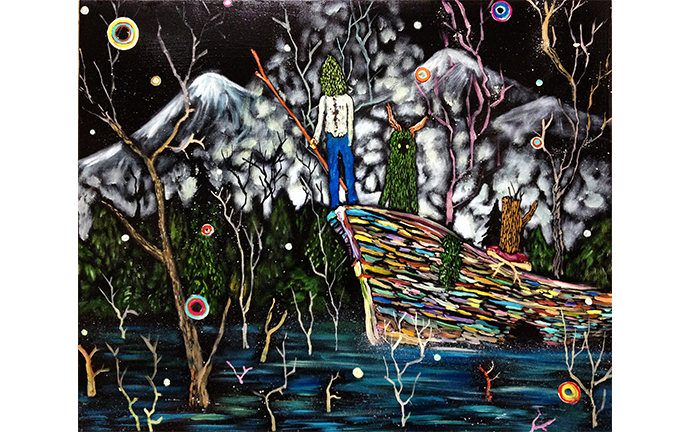 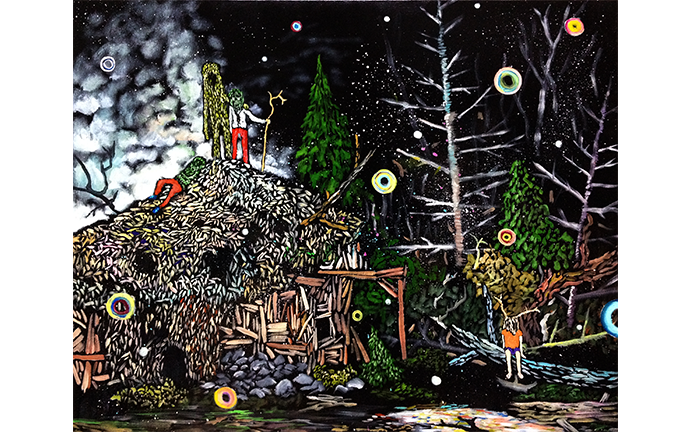 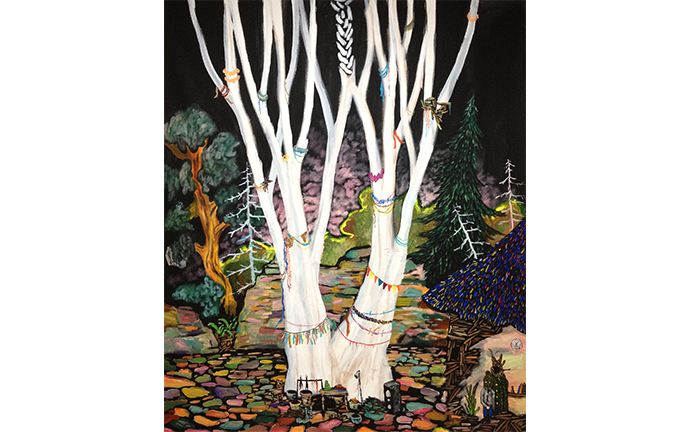 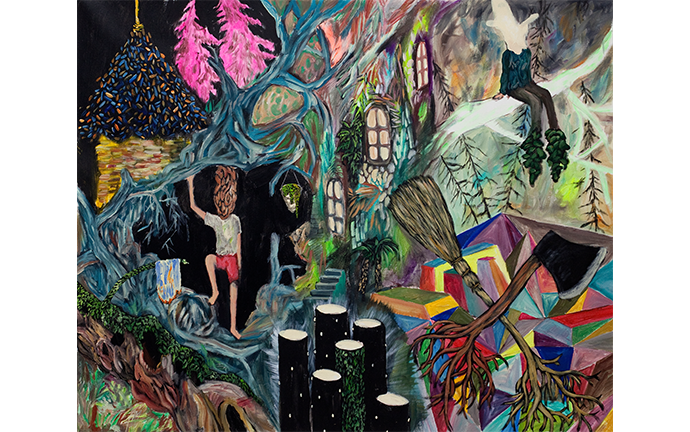 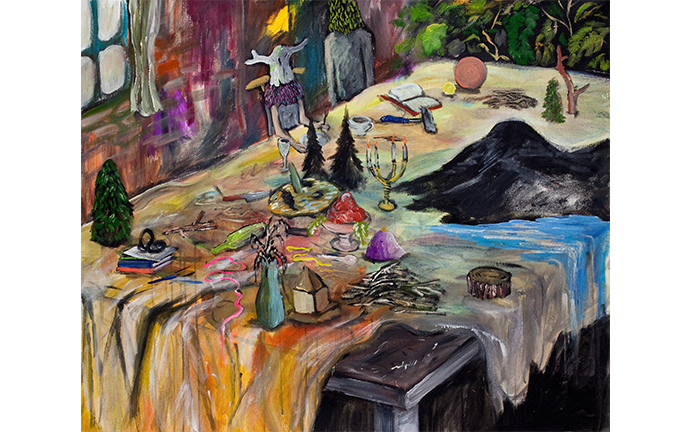 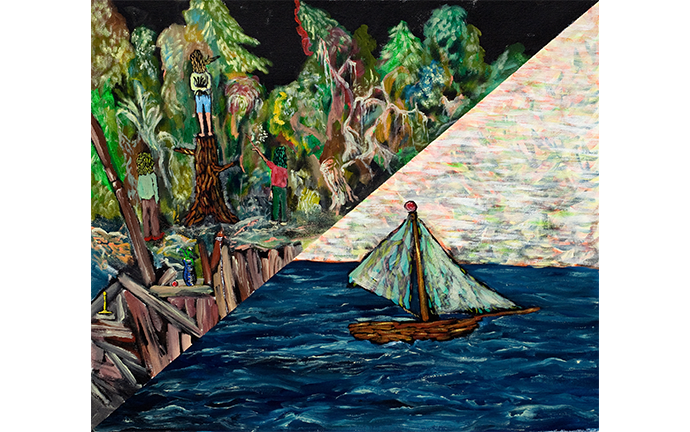 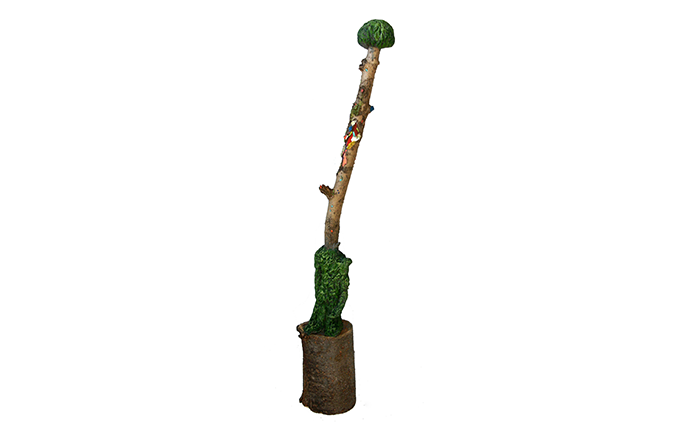 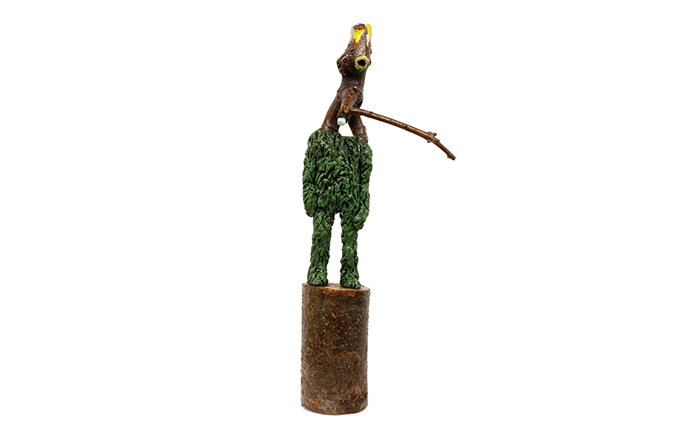 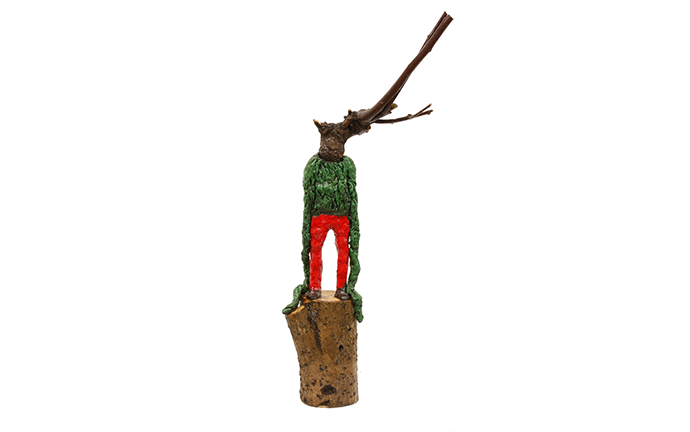 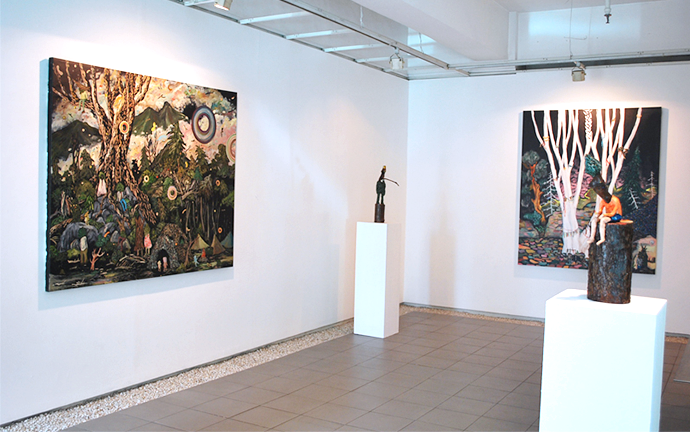 The percussion instrument of a clapper is a straightforward, one that requires not a special command or skill to make. To put it together and operate a wooden clapper is mechanical, undemanding. It recalls a certain return to the innate/natural in regards to the immediacy of material, design and function. Likewise its staccato is agreeable and seems to awaken, in an aural channel, archetypal links to nature. This basic form is a constituent in entertainment and religious rituals across cultures, trussing together what Yuichi Hirako sees as the primitive, nostalgic and historical connection between people and nature.

The wooden clapper as an instrument is synecdochal to The Wooden Clapper as Yuichi Hirako’s exhibition. After all, the panoramic abundance in his works is far from the more modest structures of the instrument. The exhibition explores these notions of connectivity to/omnipresence of and alienation from/ domination of nature, filtering the several discourses on the ungraspable property of nature.

The Wooden Clapper ought to give an incise survey of Yuichi Hirako’s hand in the format of painting and sculpture and transitions in this thesis of our relationship to nature. One series, Memories of My Garden, that started in 2009 provides a milestone to the direction he was to take. From the memory of an actual garden – having the sense of something animate about it – Hirako tries to unlock this presence in narratives composed of anthropomorphic plants and plant-like human figures. Set in distinct sense of singular adventures, Memories of Garden impels the artist to examine this sequence of tableaux and find it inadequate. As much as this series is necessary for the artist’s discursive regard, it also moved him to achieve another process that involved a funneling of perspective from different fields, such as comparative histories as well as culture in the lines of fable and myths. His more recent series is seen in the play of perspective and multiple associations between imagery. They evolved to a calculated, painterly disorder, as Hirako admits a certain truth about nature in motion. He is portraying this relationship not as a contrast between man and the natural terrain/ features, because this would connote a static mingling. In a sense these new works is the artist administering this dichotomy as it dissolves into a whole, opening up a space that is unbounded by experience rather than a place defined by mere human observation of nature.

The exhibition allows us to look at the man-nature relationship not as a problem, as the channels and arguments would be as vast and as without-end as nature itself. Instead, with the wooden clapper metaphor on hand, it begs us to acknowledge an experiential base in remembering, in being with, nature.