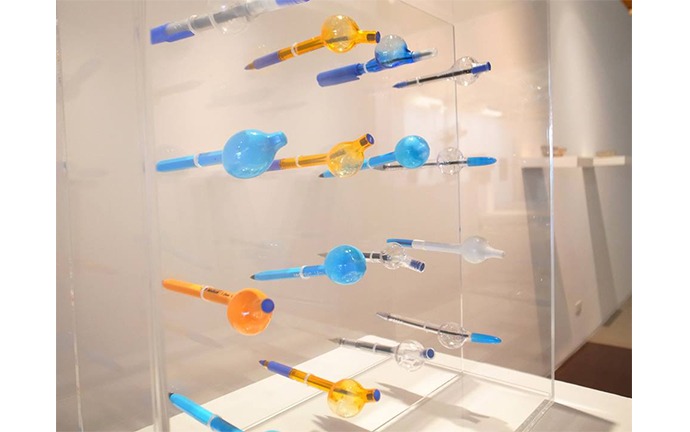 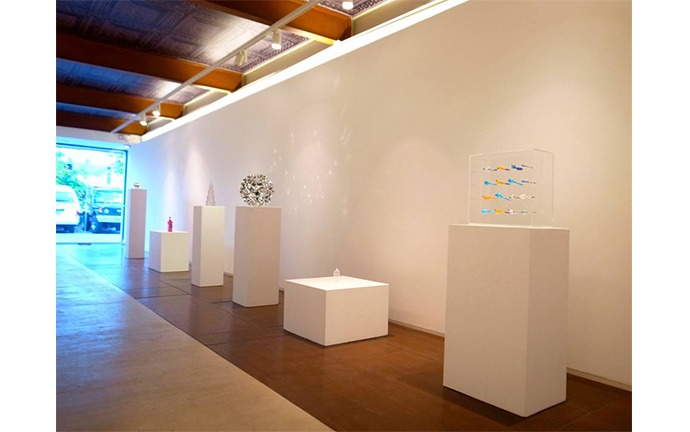 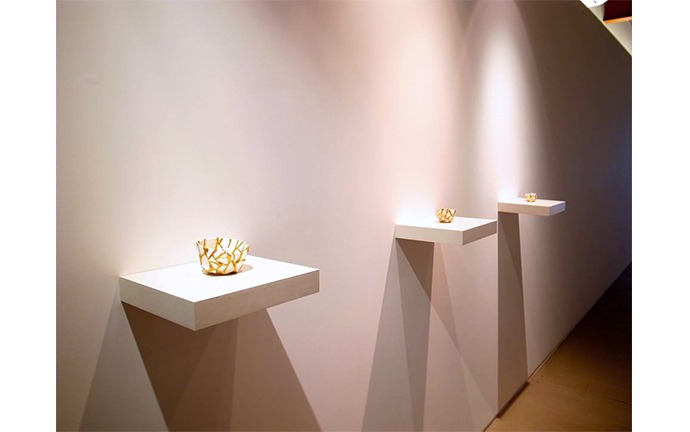 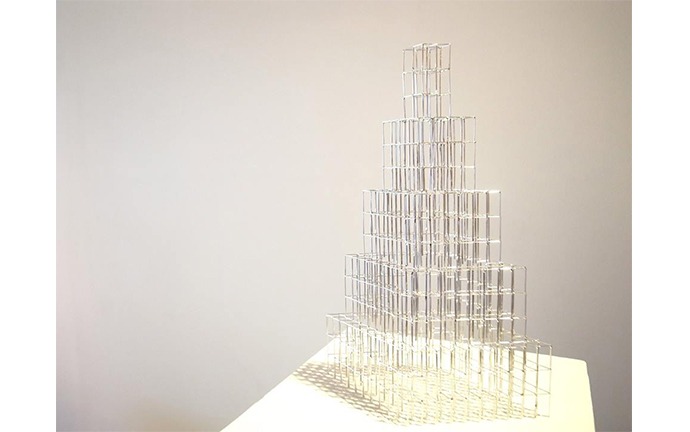 Art as “Freeman”
At first glance, the works created by Yugo Isaji could be mistaken for bricolage (appropriation of “borrowing”), the humanistic structuralism identified by Claude Lévi-Strauss. This is because many of the objects he creates are made using common consumer goods and daily-use products from everyday life. But, it is not the case here that the materials lose their original daily-use meanings and are given some newly-appointed meaning by the artist. In other words, in the case of Isaji’s work, the artists’s fingerprints don’t get all over the object during the creative process. Normally this would seem to be an impossibility. And yet, that’s what’s happening here.
Indeed, with this pieces, the more painstakingly he works, the more the resulting object breaks away to become an untamed presence, an unbound “freeman”. The question then becomes, what is it that supports these objects in their nirvana free from any affixed meaning, function or story?
This is probably only describable as the “Isaji Unit”. Yugo Isaji is imbuing daily-use objects with his own distinctive “unit”. Through this magical process, these ready-mades with which we think we are so familiar reveal themselves to be a group of independent, absentee objects from another plane unconcerned with thoughts of us – in other words: “freemen”.
(Some of you who have read this far may be feeling doubts that “You say it isn’t bricolage (appropriation), but isn’t it being appropriated as a ‘work of art’/ in fact isn’t it the case that the story of being a ‘work of art’is being assigned to them?”or, “What, at the end of the day, is this “Isaji Unit” that both sets them loose as unbound ‘freemen’and yet gives them support?” These are very fundamental enquiries. But, I don’t want to use this space to hold forth on these topics. Instead, I encourage you to look into Yugo Isaji’s work itself.)
Satoshi Nakashima, Art Anthropologist