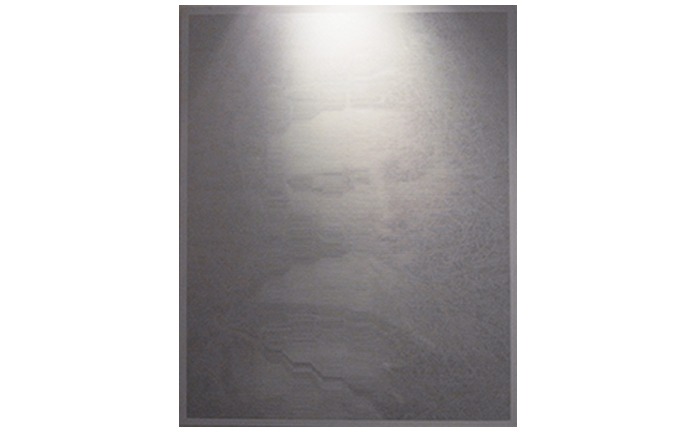 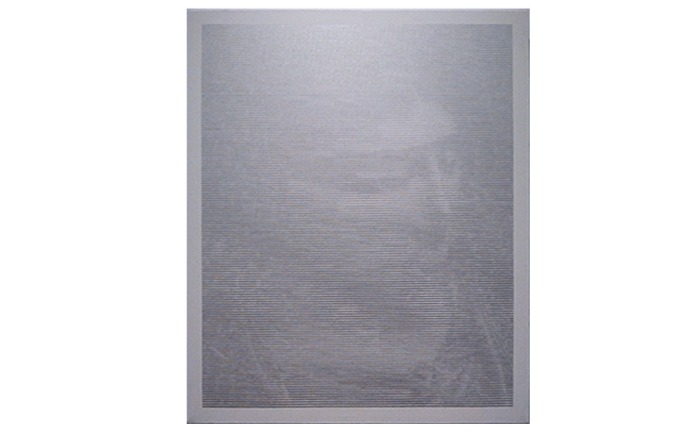 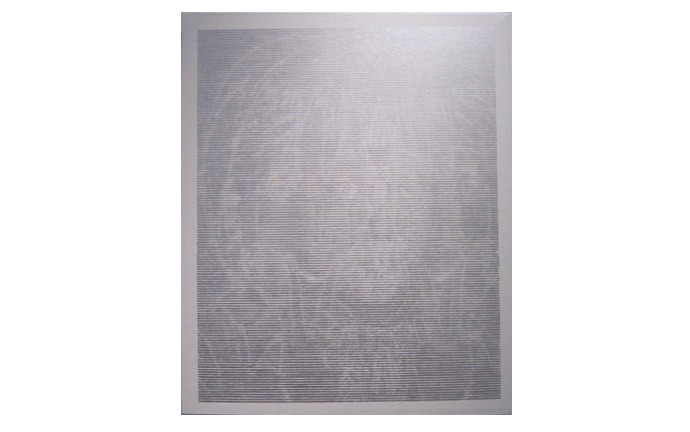 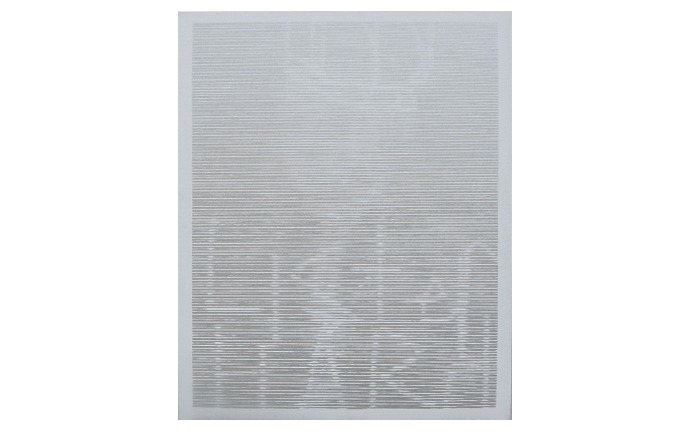 The painting, at first seems to be there in silence. The colour does not speak out at all, and depending on where the light hits, sometimes nothing iconic appears. According to the light, sometimes you may be able to catch a part of the picture, but as the viewer walks on the colour disappears into the white, not allowing the whole picture to be shown. When written like this, it may seem like it is a passive painting, but once we are able to recognise the whole picture we literally get “shocked” by it. These paintings that are based on well-known paintings are damaged in all ways – scribbled and distorted. For instance, Lucas Cranach’s “Salome” is erased by a spray like mist, the face of Peter Paul Reuben’s “Portrait of a young Girl”is placed with a diagram, or even Caravaggio’s “Judith” has numerous ugly scratches.
Notably, the figures in TERASAWA’s paintings  are all formed by silver lines, from soft to strong brushstrokes. Using detailed, deeply considered technique, he deliberately attacks icons of art history; in a sense TERASAWA can be said that he is a contemporary, successor of an Iconoclast.
“Since art was freed by religion, and together with the development of technology, the methods of expression have expanded. Photography and video is an exemplar as an extension of paintings. What I am trying to do, is to revolve photography and video back into paintings, reconverting them. And to consider which part of the art history it should be connected again. Once more important thing about the Arise from Silver series, is the relationship between “light”. First, the series were assumed to be drawn directly on the surface of the wall. For example – let’s say there is a space where you can follow the natural light from sunrise to sunset. My paintings that are drawn directly on the wall, will never show the same expression. Actually the colour silver is chosen to best work effectively to do this.”
These are his words. In a way his paintings may seem very offensive, in fact it can be understood that he meticulously searches into art history, and that his painitngs are consisted of close analysis and consideration. This is the only and the necessary “weapon” required to survive the art world. TERASAWA who has that more than enough, will one day work actively worldwide ad that day will come far more earlier than we imagine.
Erika Chitanda