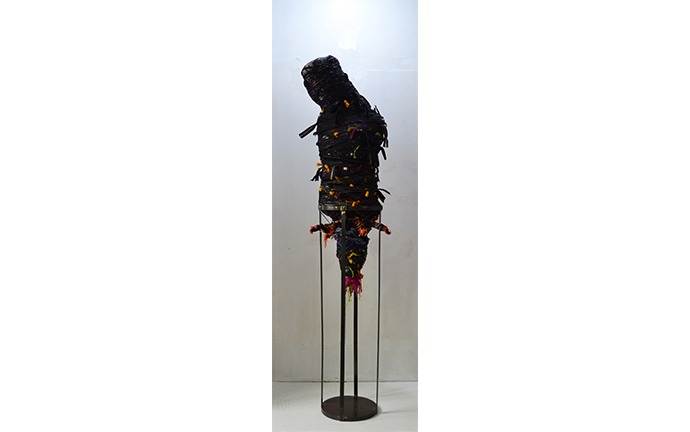 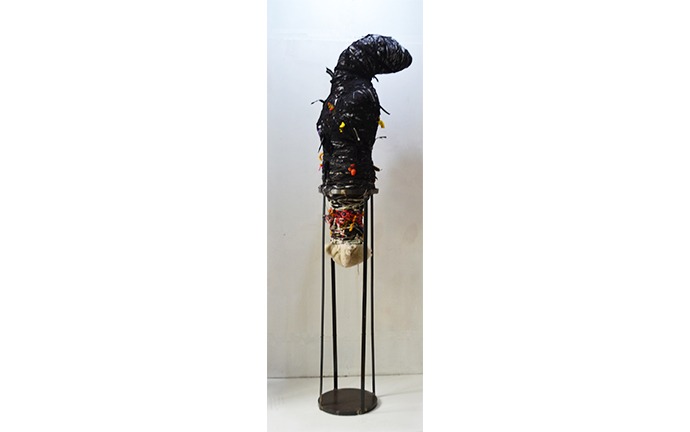 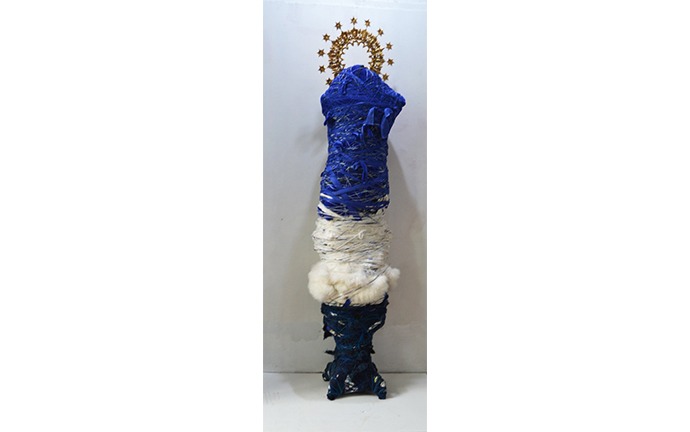 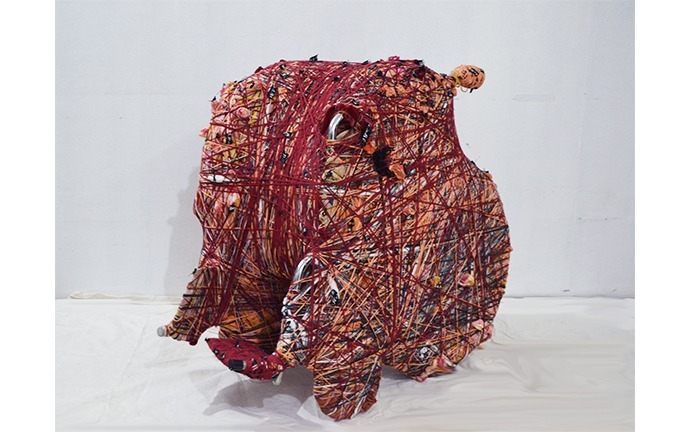 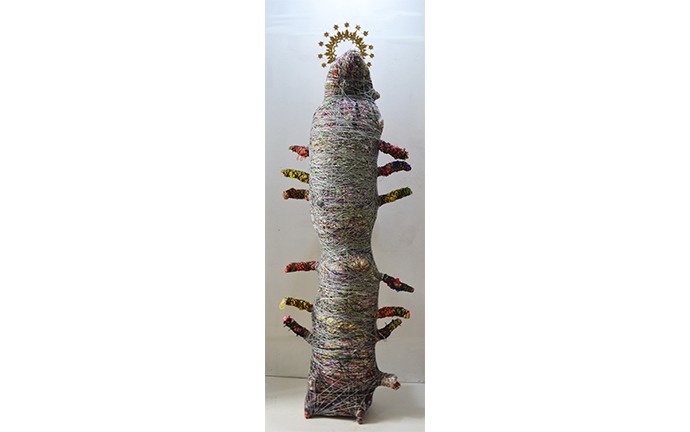 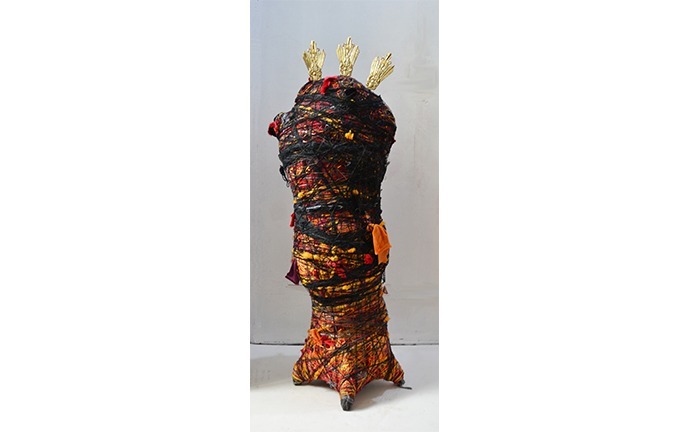 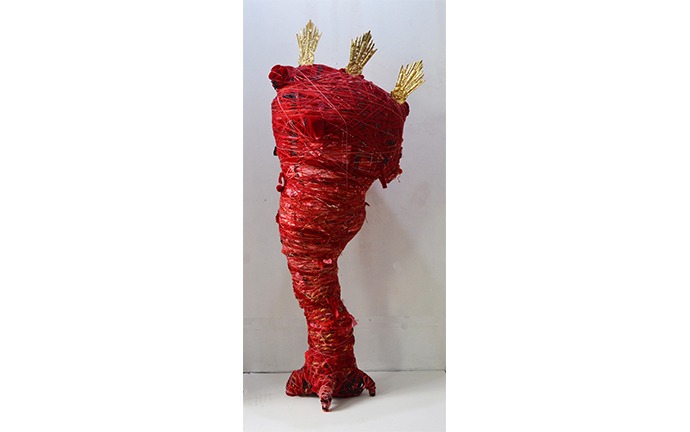 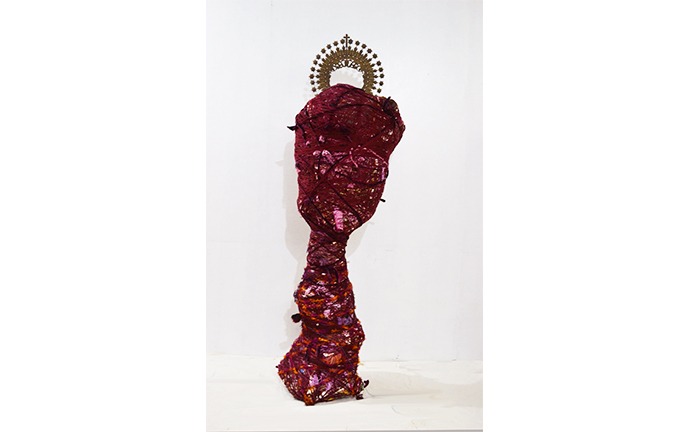 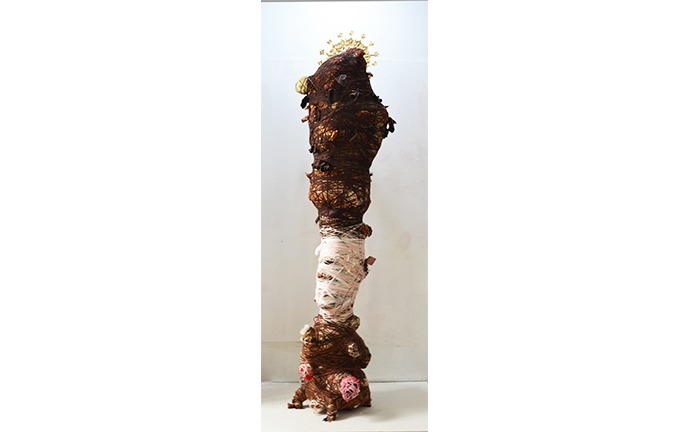 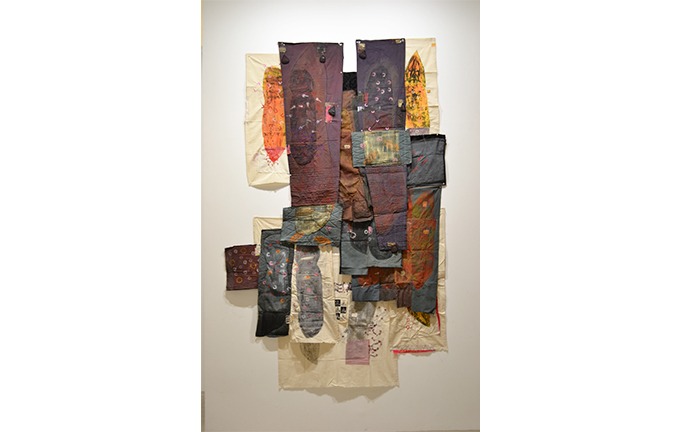 Psychoanalysis, particularly that of Donald Woods Winnicott’s, expands the study of transitional object or phenomena as more than the simplified idea of what we know as “comfort objects”. The activities that craft people’s nascent journey of understanding the not-me(ness) of themselves are identified through gestures of attachment and wearing out – as if the object is held on to like a remaining shred to survival or a golden key to encountering the external world. As Winnicott lists these activities as a way to understand that his primary interest in the transitional object is ultimately the intermediate space between “the thumb” and the thing that is latched upon. It is the play area of experiencing the world that is both conceived and actual. Ged Merino considers this phenomenon as a way into constructing his sculptures. Ironically, Winnicott brushes upon the performance of art and religion as possible examples where this “magical” space of imagination and creative, fetishistic living persists.

Merino collects things, and his migratory history includes a movement of physical things. His version of the comfort blanket is a collection of comfort scraps, gathered and transferred and bound for the creation of a totally new object. There is a peculiar line between archival gestures and the bonding in the sense of transitional objects – the operative forms of desire are similar, yet the purpose to wean to the world acts differently. When the artist photographs discarded things, the context that spills over is one of being pre-loved – the trajectory of time almost runs anachronistically because, as much as the cultural period could be deduced from the production and circulation of the object, what permeates is a personal, diachronic time. The history that Merino distills from these objects is a history of that “intermediate space” that Winnicott recalls as that state of being merged or unified to the stage where the object is then outside of/separate from oneself. Making out the materials of Merino’s sculptures is more than identifying the potentialities the scraps have met. Rather, the gestures that make them is an exercise of having found them weaned from a world of their original functions to another world created also through our own subjectivities. They are distorted and have taken up classical saint-statue poses – it is as if they have taken the very form of what we are called to learn to separate from in the first place. These sculptures are spectral as they form into figures and things that are ultimately abandoned – like religious sculptures deteriorated by historic time still considered by devouts to be radiant with its original promises.

The artist’s last series unfurled these soft sculptures – some took on forms that hint at comfort objects too, but of the sort that are amicable to childhood season: perhaps a teddy, a shoe, objects previously desired for until the wish/fondness wear out synchronously with materiality. Succeeding this series are the works in “Transitional Objects” which are allegorical to religious statues, as Merino resonates with the notions of “aura” persisting beyond the deterioration of time. Like religious structures in ruin, these excesses are a badge of what endures – and that is the intermediate area of what we can possess as the symbolism of wonder towards a world constructed in the recognition that there is a not-me.

Speaking of excesses, the materiality of Merino’s object contains are expressed in the simultaneous existence of layers. These sculptures seem to be spilling from the seams, but the gesture of the artist is one that is wrought in fastidious manner of containing. The three-dimensionality does not eliminate the ways in which Merino is a painter as he masters the extension of a plane: the demarcations have been set in these works in “Transitional Objects” and every other sculptural work that projects from his hand. If his previous “Catalogue of Desire” posits a claim on excess, what then is the excess in the phenomenon of weaning?

As the works continue to be moved by the practiced intuition of abstraction, they contain that physical density. They are bound by fabric around and over repetitively, they are summations of obsessive motions. However, they are bound and distorted, amorphous tactile beings that revere those things that usher us into a generous reality-acceptance.