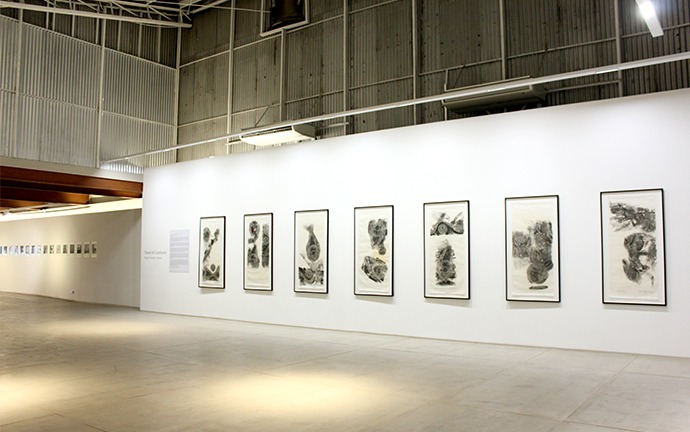 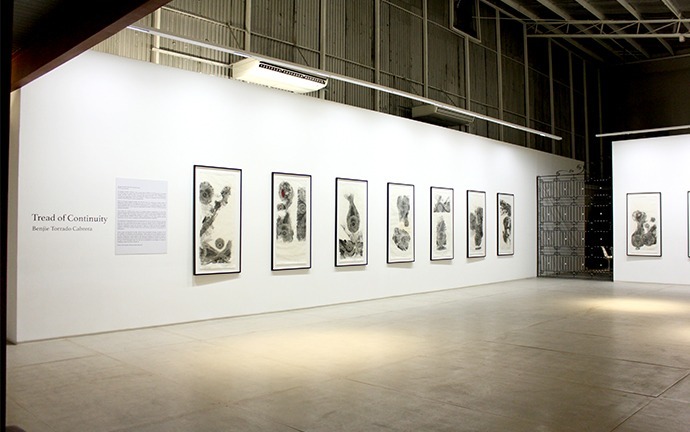 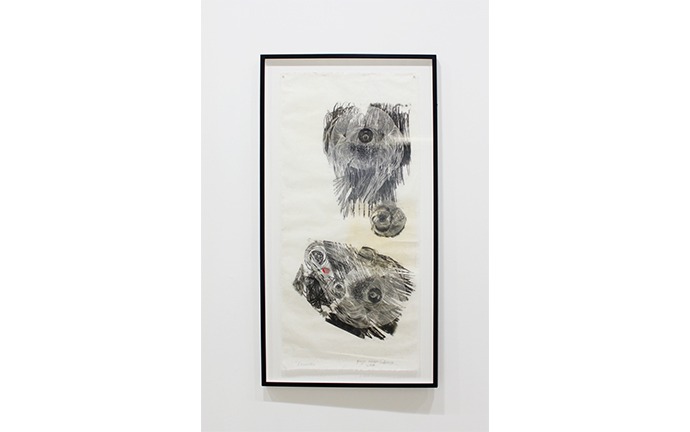 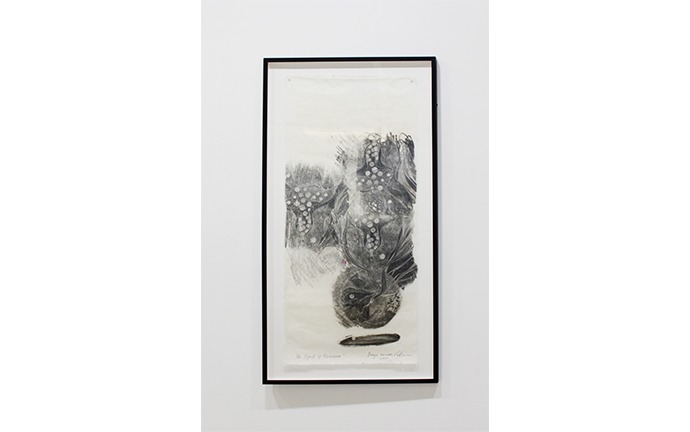 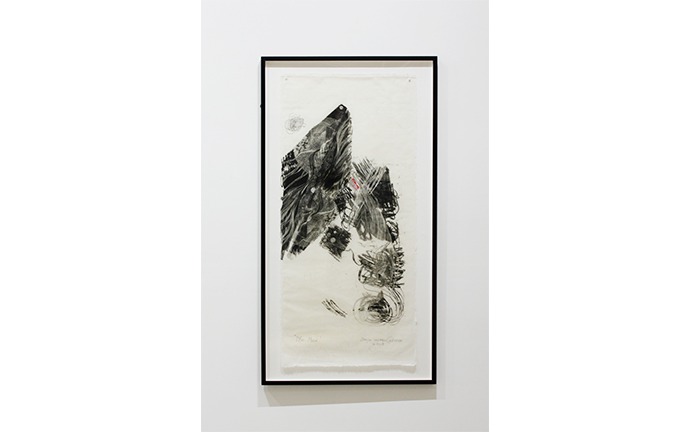 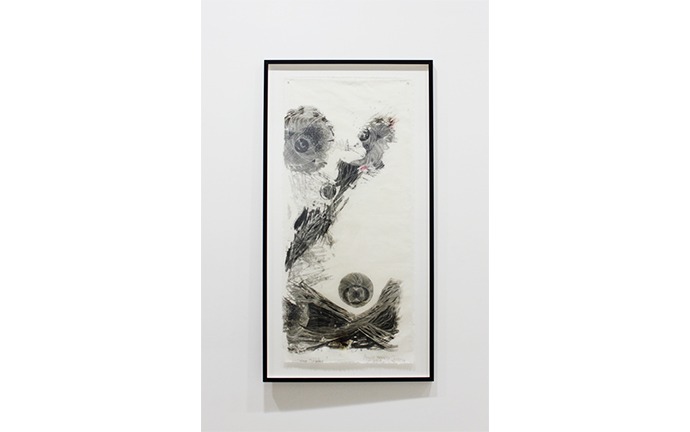 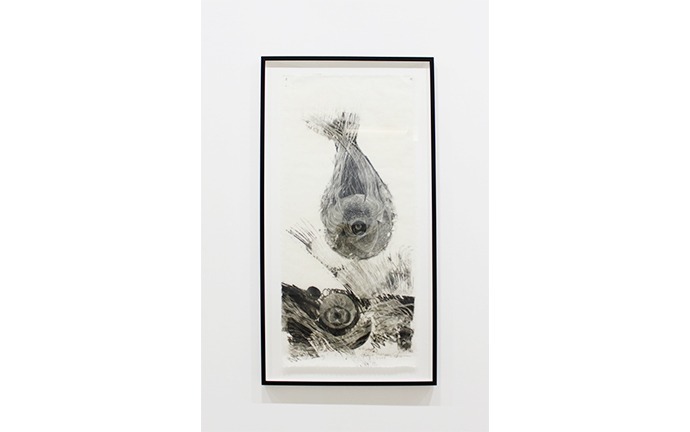 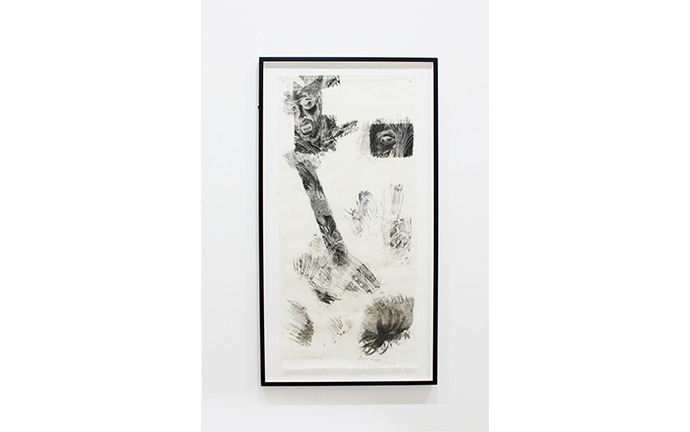 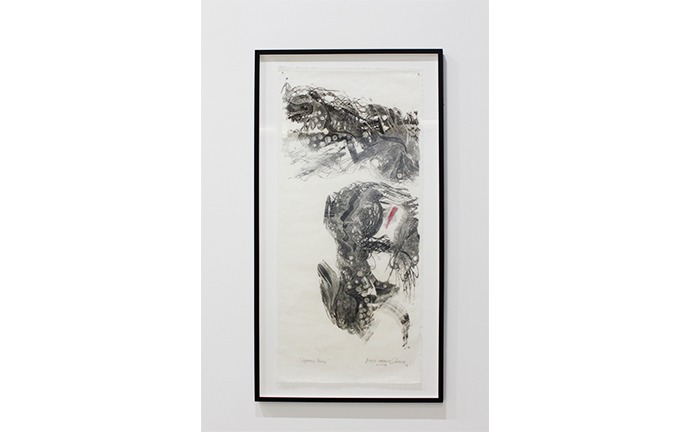 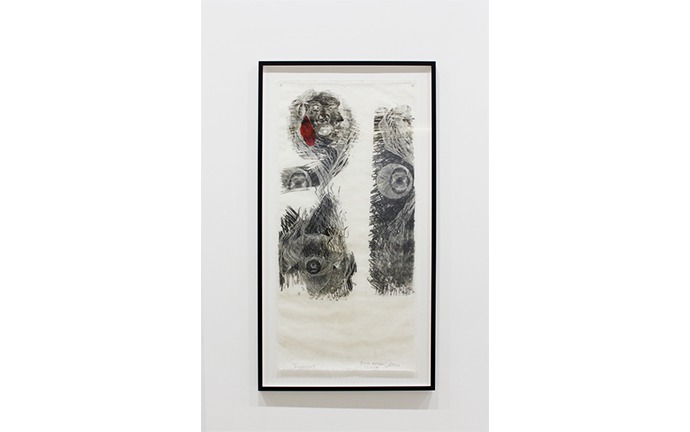 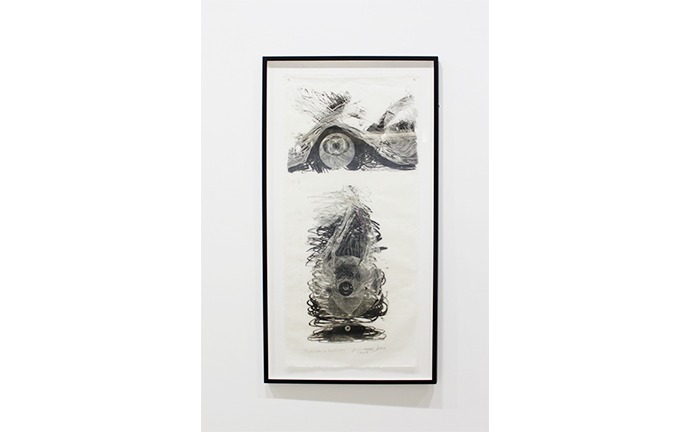 For Benjie Torrado Cabrera, a line is never just as simple as traveling point or as direct as connecting two points. One of the elements of art, and most basic engagement for artists, the line under Torrado Cabrera’s deft hands becomes a locus of fascination, scrutiny, and exploration. In his solo exhibition “Thread of Continuity,” the line becomes a pulse of something alive and in constant flux.

Stasis is Torrado Cabrera’s enemy. He mentions that his works aim to show cycles of destruction, birth rebirth, reconfiguration, but, as he puts it, “nothing truly dies.” These are his musings, take it as you will, be it philosophical or an aesthetic exploration on life. These prints are not a vision quest for immortality but rather a collection of billowing lines seeking universality.

The works are etching mono prints on mulberry paper; a harkening of connecting cultures between East and West, which Torrado Cabrera comfortably embarks from one point to another. The printmaker studied for a spell in Paris’s famous Atelier 17 where its founder Stanley William Hayter’s legacy emphasizes on the line’s stamina and the importance for the works to respond to the viewer’s and artist’s internality.

The depiction of biomorphic forms are informed from nature with their filaments drawing your eyes into landscapes that are quiet as they are surreal. This is a crucial point for reflection in Eastern Art. Not just with the simulation of dynamic brush strokes, Torrado Cabrera’s calligraphic forms are evocative to urge us to catch up with the breathless tangents of the lines.   Torrado Cabrera aims and achieves spontaneity and gesturally in these prints.

These scapes are situated in scrolls which is the printmaker’s homage to Eastern Art of the Chinese, the Koreans, and the Japanese. These scrolls are to be admired not just for their beauty but for their inherent capacity for meditation. These bring the viewer a particular perspective. Many speak of the immersive capabilities of these art works on scrolls in drawing the viewer in and traverse the shifting planes to remind us that we, too, are part of the landscape, that we, too, can be projected in the image in a sense of looking for where our lines will take us.

Where will Torrado Cabrera’s visions take you?

———————————-
Chong Ardivilla is a political cartoonist, a printmaker, and an Assistant Professor at the University of the Philippines Diliman College of Fine Arts Department of Visual Communication.