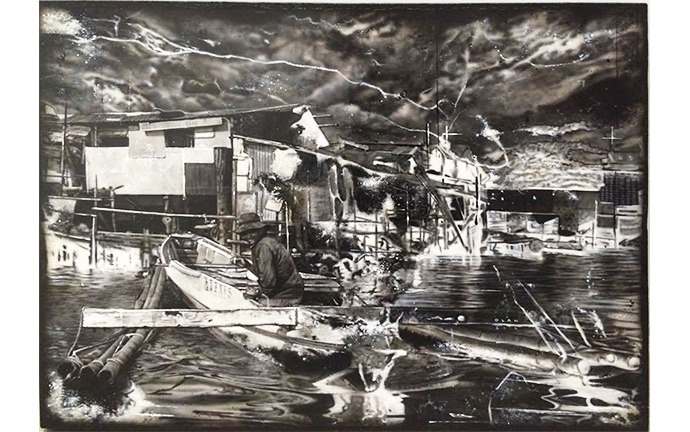 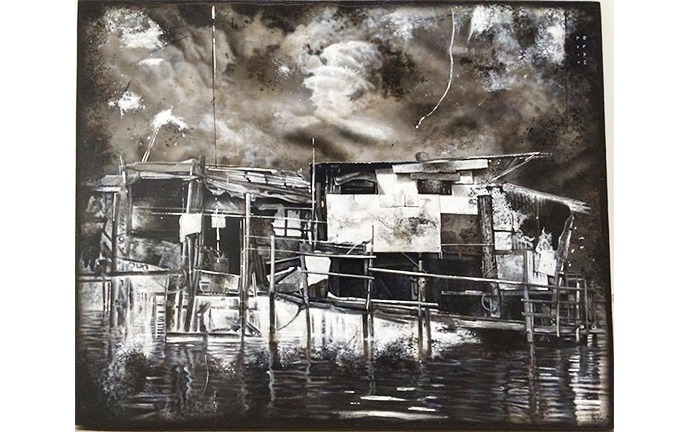 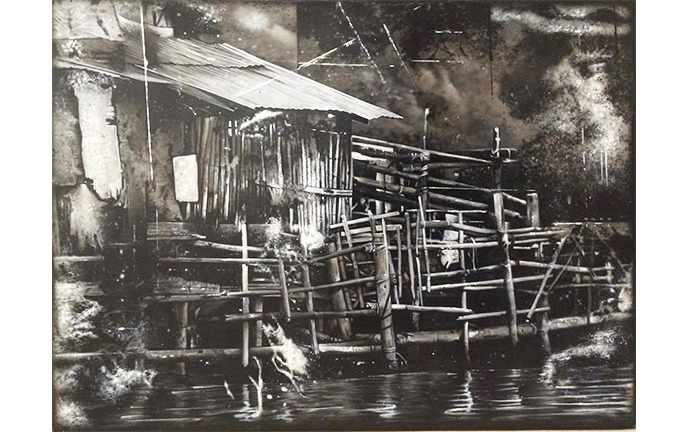 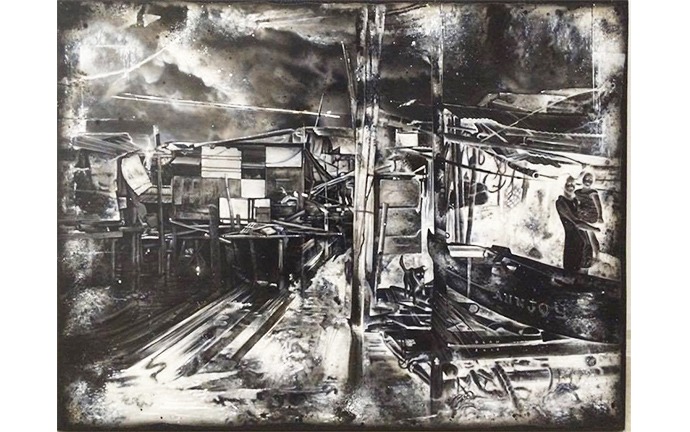 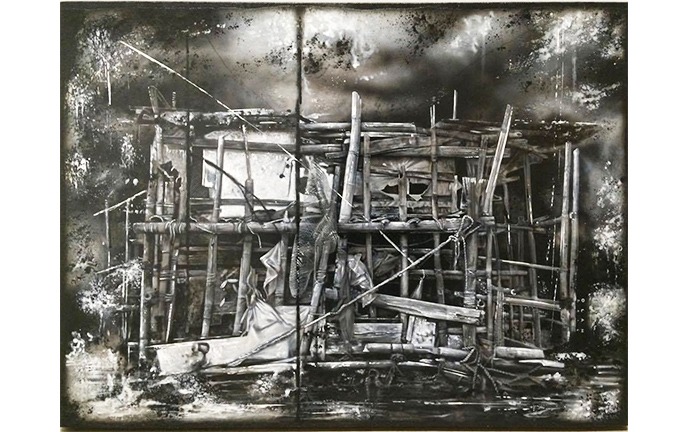 Bodies of water are significant forces in shaping the social and political realities of archipelagic nations like the Philippines. Despite the scattering of islands forming its land area – a fact commonly framed as a divisive geographical feature and a hindrance to nation-building, the extensive shorelines, seas, and inner rivers link and facilitate the movement of people within the country, fostering connections and a sense of community in the process. As part of the larger maritime world, it is also through bodies of water that our trade networks were delineated in the past and with it came cultural exchanges, foreign relations, and other types of encounters.

Olan Ventura takes cue from the centrality of water in the formation of the Filipino nation and presents images of a community that rests on water: an environment composed of clusters of dwellings that appear to be rising above a body of water underneath. Images of Venice inspired the artist to portray local communities in which water largely defines the lived reality of its inhabitants and is very much embedded in their daily experiences. But veering away from romanticized depictions of pristine beaches and seascapes, Ventura chooses neighborhoods of shanties and makeshift houses raised on stilts along Manila Bay, a striking contrast against popular images of the European city famed for its canals and waterways. He offers an entirely different “water world,”areas often regarded as unsightly outgrowths of rapid urban development and problematic sites of the metropolis. Such tension is captured by the way he presents the subject, from dramatic panoramic vistas sweeping a vast expanse of cramped spaces, to harsh contrasts between light and dark, and in some works, reversing this color scheme to produce negative images. Dark nimbus clouds dominate the sky, suggesting an imminent storm and evoking an almost apocalyptic vibe. Man-made structures serve as the meeting point between the water and the sky, and hence, create an overlapping of landscape and seascape. These structures are testaments to human creativity and ingenuity: constructed from wood, bamboo and galvanized iron to scraps and objects reworked into improvised building materials. The assemblage produces a rich patchwork of textures, animating the monochromatic rendering of the sceneries. What is seen in these compositions are enclaves of ingenuity amid scarcity, the quest for survival and necessity, and the beauty in the constant struggle to keep afloat and refuse to be engulfed by life’s harsh realities.