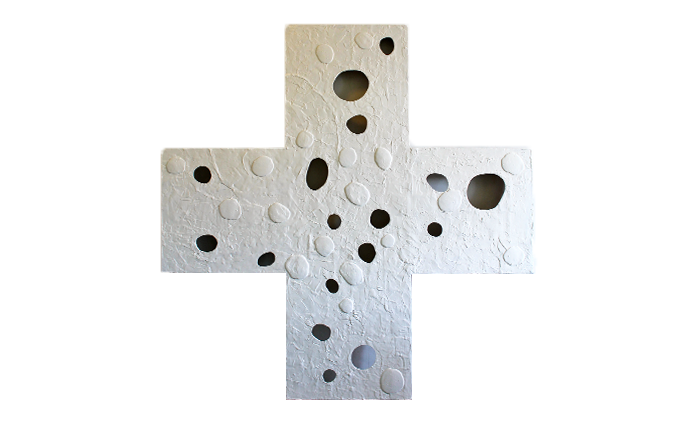 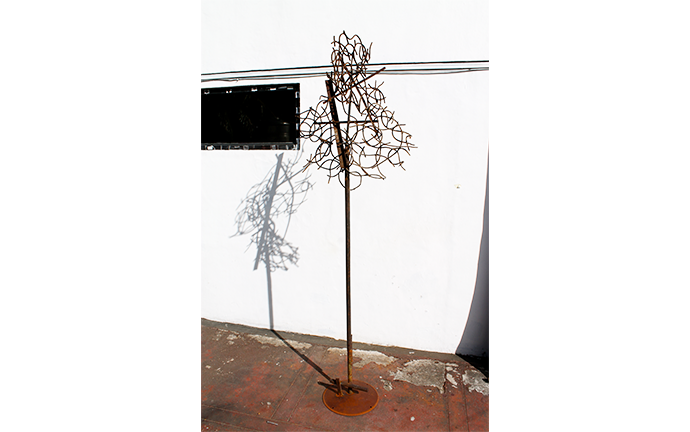 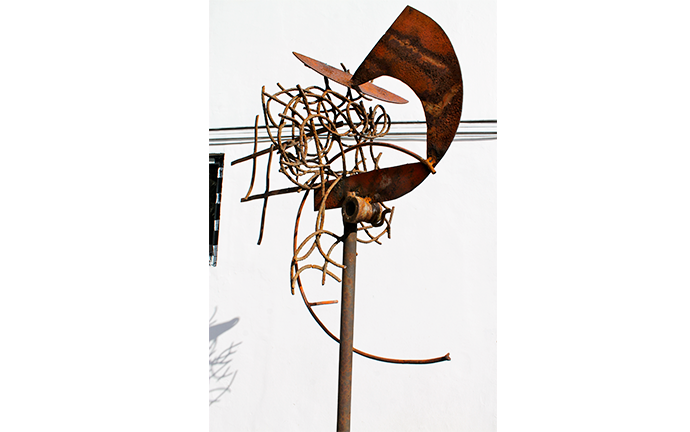 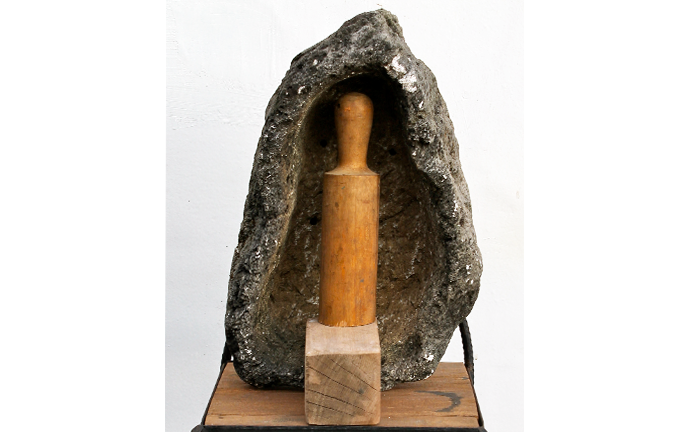 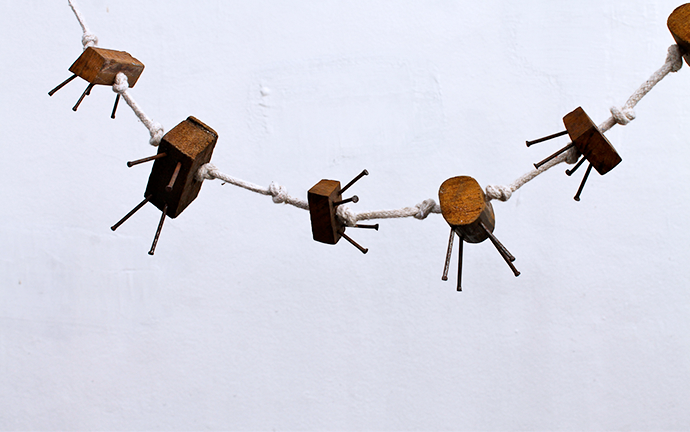 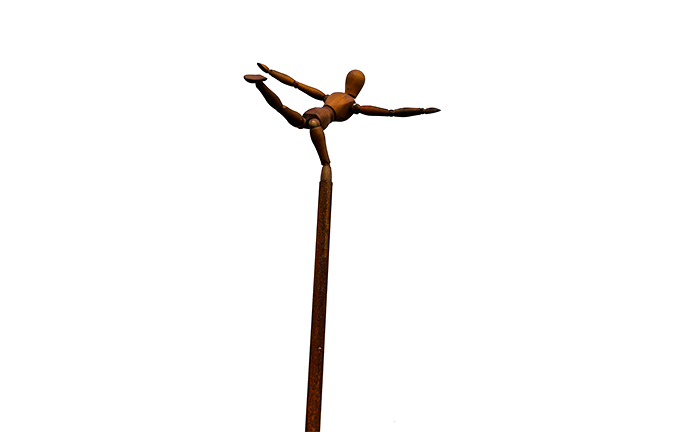 As with the case of apologies, the act means to unburden. In the recent exhibitions of Juan Alcazaren, the text “Sorry” surfaces singularly and serially. The sense of this unburdening also prevails in his exhibition titles: ‘Save Me From What I Want To Save’ (2011) and ‘Juan Alcazaren’s Last Show’ (2012). While the expression of pardon makes an appearance yet again in his recent exhibition with The Drawing Room, Alcazaren carries on from the idea of ‘finality’ with ‘Zero Ground.’ What seems to be a statement of artistic crisis, there is a confession while in conversation with Alcazaren: “I always think my current show will be my last … and here we are with Zero Ground.”

The tension in this exhibition lies in surpassing the strategy of self-effacement as a romantic notion in art practice. Instead, it is a necessity of starting afresh: a necessity ingrained in sculpture, where the form requires no (illusory) ground to exist. It is the attitude of the work to weld, mold, and fuse according to the arbitrariness of the material. The practice of sculpture is antithetical to painting – where painting traditionally requires images to perform. It is along these lines that Alcazaren emancipates his works: independently, they are ahistorical.

And yet they bear the barnacles that have gathered through the sequential reference of his production over the years. Where these works depart from, they return to: found materials – industrial and domestic, and the peculiar syntax they are combined in. The works in ‘Zero Ground’ also present the breadth of physicality Alcazaren fulfills: delicate touches over weight and scale, the sculptures’ animation in both organic and rigid lines. The disparate variables found in his works, akin to the combination of the vertical and horizontal lines, form the artist’s cross. And what comprises but also liberates this opposition that hangs over a practice’s shoulder is the formalisms that rid the work of the symbolic. The found element of Alcazaren’s materials already conveys their autonomous histories; the artist acknowledges that the conglomerated semantics rid any need to perform any other motive beyond their immediacy. Instead he conducts the limitations of their physical forms and of his as well.

“Zero Ground” is Alcazaren’s endeavor to wrestle with encumbered meaning from his old works. While he liberates his recent pieces through new sentiments, his resistance also acts as a reference to his practice in general: there are prompts in the exhibition that exist as echoes in his overarching sculptural language. He apologizes by starting with ground zero, but perhaps he might have just made the same mistakes.