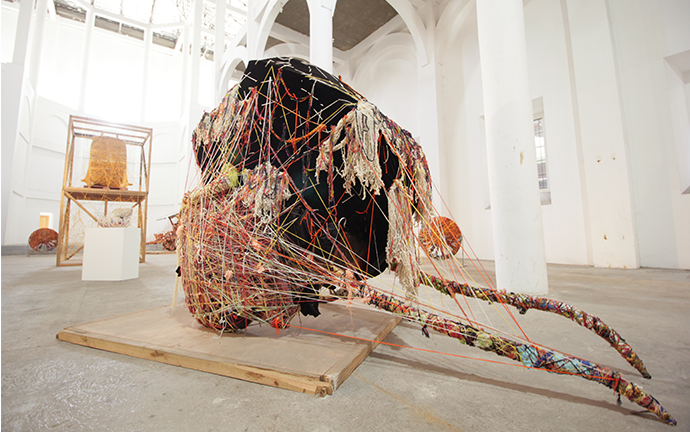 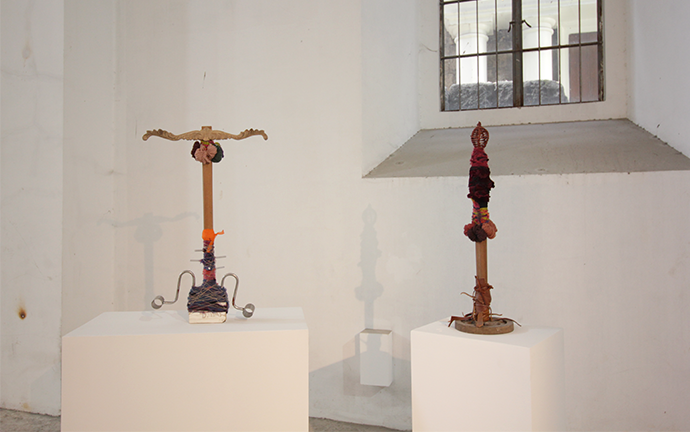 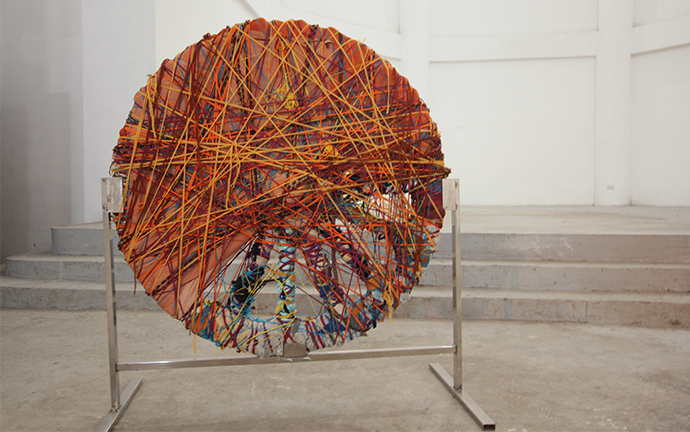 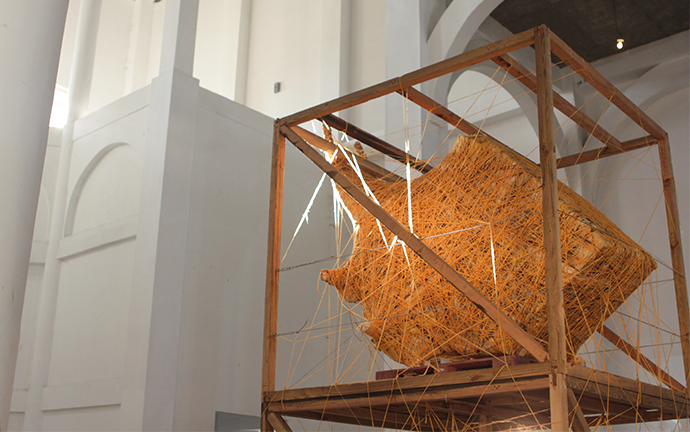 Newly arrived in Manila after a seven-year sojourn in Europe, Crisostomo Ibarra, the protagonist of Jose Rizal’s Noli Me Tangere, hires a carriage to bring him to San Diego (a stand-in for Calamba, Rizal’s hometown). The ride allows him to reacquaint himself with familiar sights, amidst the throng “of so many coaches trying to escape,” some of them “drawn by magnificent teams of Shetland ponies.” He recognizes Padre Damaso, ensconced in an “elegant Victoria.”

Coming from Binondo, his coach passes by the Escolta, and crosses the Pasig River via the Puente de España. On the other side are sights that awaken memories of his years spent in city: the botanical gardens, Calle Arroceros, Tabacalera, and the hoary ramparts of Intramuros: “Ibarra looked away, to the right, and there saw Old Manila, surrounded still by walls and moats, like an anemic young girl wrapped in a dress left over from her grandmother’s salad days.”*

In Nick Joaquin’s masterpiece of a short story “Summer Solstice,” set in 1851 Manila, the upper-class family of Doña Lupeng and Don Paeng and their young sons are driven through the arrabal of Paco in their own carriage and by their own coachman to a grandfather’s home, for lunch. It is the longest day of the year, and the feast day of St. John the Baptist, celebrated to this day in San Juan, when passersby are doused with water.

Their open-air carriage is capacious enough for the family of four and permits the lovely young wife to stand and survey the religious procession: “‘Oh, look, boys—here comes the St. John!’ cried Doña Lupeng, and she sprang up in the swaying carriage, propping one hand on her husband’s shoulder while with the other she held up her silk parasol.”

These carriages, or carruajes de primer clase, were for the elite and are long gone. Not for them the humble kalesa (from the Czech kolesa, a light, one- or two-wheeled open carriage) or karetela, the jeepney of its day, patronized by the common tao. (Interestingly, Leonardo Sarao, founder of Sarao Motors, the famous jeepney manufacturer, was once upon a time a kalesa driver or kutsero, which explains why Sarao jeepneys often have a miniature horse figurine atop the hood.) Kutseros would have felt the pulse of the city, would have seen and heard a lot that would have been useful to the right parties.

During the initial stages of the American occupation, as the 1899 Philippine-American War raged, the kutsero often proved to be a gold mine of information for Aguinaldo’s government. Overhearing hIs American patrons he gleaned information which he then relayed to his compatriots.

Once the American colonial authorities were in place, they introduced the tramvia, streetcars meant as a more efficient alternative to the kalesa. But the kalesas continued to be kings of the road even as motor vehicles were becoming a common sight.

Today, in the twenty-first century, it’s hard to imagine them plying Metro Manila’s labyrinthine system of roads, with their flyovers, crossovers, and underpasses. Yet, relegated to near invisibility by the city’s chaotic, polluted, traffic-choked mess, and with their numbers greatly diminished, one can still hail a kalesa in Binondo, Divisoria, Tondo—the older, mercantile sections of Manila—to transport goods too bulky for a taxi. I recall as a child, on trips to Binondo, wondering, when the load seemed particularly heavy, if the horse could manage. But it always did.

Not far from Manila, the town of Plaridel, Bulacan celebrates its fiesta every 29th and 30th of December with a colorful horse parade, the “Pintakasi ng mga Caballero” featuring the kalesa. The town’s patron saint, St. James the Apostle, portrayed atop a white horse, is a symbol of hope to the kutseros. The highlight of the fiesta, celebrated since 1602, is the tilbury race, with celebrities and local politicians taking part.

That the kalesas and their owners have survived is a testament to their tenacity as well as their entrepreneurial spirit. As early as 1902 kutseros formed a section of the Union Obrera Democratica—the first labor federation In the country. They had the backing of the working class and the intelligentsia, and if needed, helped organize protest actions. Like the colonial elites, they were also intent on protecting their economic and political interests.

Just as Ibarra’s memories of the Manila are revived as he is driven in his horse-drawn carriage, Ged Merino’s Kuwentong Kutsero reminds us that the past is still with us. It is simultaneously an act of Proustian remembrance and an imaginative tribute to the hardy kutseros. The very title can be read in two ways: as often tall tales told by the kalesa drivers themselves to while the time away, and as the informal kasaysayan, or history, of this form of mass transportation and their working-class proprietors.

Merino’s fascination with these wheeled artifacts began in New York. He says he “was always attracted by the abandoned bikes, once symbols of mobility, now static objects that litter the streets. In Manila I noticed abandoned tricycles so my interest in modes of transportation becoming obsolete or abandoned started. The kalesa, functioning for centuries, is near the brink of extinction yet still is relevant and functional especially in Intramuros with support from the Intramuros Administration. They have become frontliners for the Department of Tourism. So my interest shifted to the kutsero.”

He was introduced to the kutseros’ world by Carlos Celdran, the performance artist and flamboyant guide to Intramuros and colonial Manila. Hanging out with the kutseros, Merino learned about their lives, their traditions, and the challenges of survival. Purveyors of mobility, the kutseros themselves have little to no upward mobility. Kuwentong Kutsero links us to a time when kalesas were a common sight and to a storied world rich in irony and colonial-era history.

The show features three kalesas constructed with both discarded and fabricated parts, and in different configurations—symbols of abandonment at the same time that they hold the promise of utility. Additionally, the exhibition’s sound and video installations provide a context in which to contemplate these links to a little-known aspect of both our past and our present.

The sound installation consists of 6 to 10 standing speakers, strategically positioned around the kalesas , each playing interviews with individual kutseros. Projected against a wall, the videos will feature various interviews, the paths or routes of the kalesas, different tours, etc.

That the exhibition will be held at the Museo de Intramuros—formerly the historic San Ignacio Church, a Jesuit place of worship near the site of the original Ateneo—is only fitting, as the ancient walled city is one of the few remaining places where the kutsero still plies his trade, in the very same streets where his predecessors and their kalesas once were plentiful, and where the young Rizal and his classmates once trod.

The highlight of the show is the involvement of kutseros themselves, to act as gallery guides—not exactly straight from the horse’s mouth, but close enough! These latter-day kutseros belong to SAKSI (Samahan ng Mga Kutsero sa Intramuros). Twenty of them operate inside the walled city and in Rizal Park as tour guides, a valuable resource for the Department of Tourism. Through their kuwentos, in their own inimitable manner, they have much to teach us.

Perhaps just as important as the purely aesthetic reasons for the exhibition, Merino “wanted to show the Filipino’s resilience, persistence, and ingenuity in overcoming obstacles.” Given the (dis)temper of the times, Kuwentong Kutsero is not just one of the more innovative and significant shows of the year but a testament to the enduring humanity of the kutsero and of the ordinary Filipino.

*from the 2006 Penguin Classics edition, translated by Harold Augenbraum